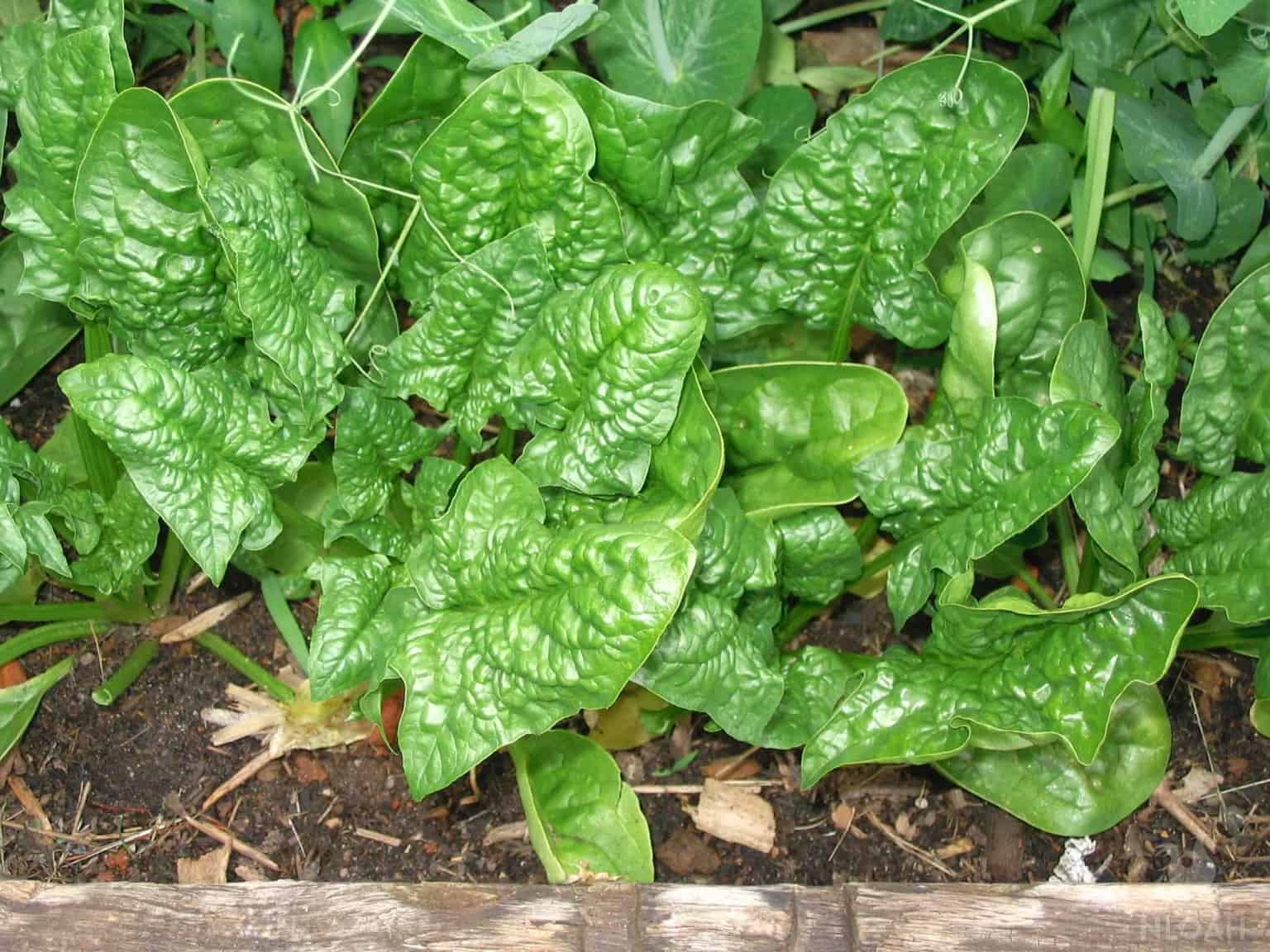 One of the most common questions you might have when thinking about growing spinach is, “how much sun does spinach need?” It’s a great question and one that has a bit of a complicated answer.

Yet figuring out how much sun to give your spinach isn’t always clear-cut. The amount of sunlight your spinach needs depends on a few different factors, including the type of spinach you’re growing, the climate you live in, and even the time of year.

How Much Sun Does Spinach Require?

Here in the northern hemisphere, spinach is often one of the first crops that gardeners plant in the spring.

It’s a cool-weather crop that can be planted as soon as the ground can be worked, and it’s usually one of the first things to be harvested in late spring or early summer.

Here’s a breakdown of how much sunlight spinach needs at different stages of growth.

However, if the weather is still cool when you plant them, you can give them a little protection from the cold by covering them with a plastic sheet or row cover.

Once they’ve germinated and are up and growing, they’ll need at least six hours of sunlight per day.

Once your spinach seedlings have emerged and are growing well, they’ll need at least eight hours of sunlight per day.

If you’re starting your seedlings indoors under artificial lights, make sure to give them 14-16 hours of light per day.

Once they’ve grown their true leaves, you can gradually acclimate them to being outside by giving them more and more time outdoors each day over the course of a week or so until they’re ready to be transplanted into your garden.

If you’re transplanting young spinach plants that you’ve started indoors into your garden, give them a few days to adjust to their new surroundings before putting them in full sun.

Once they’ve settled in, they’ll need at least eight hours of sunlight every day. If possible, try to transplant on an overcast day so that the plants don’t go into shock from the sudden change in conditions.

Mature spinach plants will need at least eight hours of sunlight every day to produce a good crop of leaves.

However, if you live in an area with hot summers, it’s best to give them some afternoon shade so that they don’t wilt in the heat.

In general, it’s best to harvest your spinach early in the morning while the leaves are still cool and crisp. If you wait until later in the day when it’s warm, the leaves will start to wilt and won’t taste as good.

Spinach is a cool-weather crop, which means it can be one of the first vegetables planted in the spring.

It’s a common misconception that spinach needs full sun to grow. While it’s true that spinach is a cool-season crop and does best when grown in cooler weather, it’s not necessary for the plant to have full sun in order to flourish.

While full sun is ideal for most vegetables, spinach is one of the few that will do just fine in partial shade.

If you live in an area with hot summers, growing spinach in partial shade can actually help prevent the leaves from getting too bitter.

And if you live in a climate with cool summers, growing spinach in partial shade can help prevent the leaves from bolting (going to seed).

How Many Hours of Sun Does Spinach Need?

Spinach needs at least 6 hours of sunlight per day in order to grow properly. This means that if you are growing spinach indoors, you will need to provide artificial light for at least 6 hours each day.

The best way to provide artificial light for indoor plants is with grow lights. Grow lights come in a variety of shapes, sizes, and spectrums, so it is important to choose the right grow light for your needs.

In addition to helping the plant grow properly, sunshine also provides many benefits for spinach plants. Sunshine helps the plant produce chlorophyll, which gives the plant its green color.

Chlorophyll is important because it helps the plant convert sunlight into energy. Sunshine also helps prevent the growth of fungal diseases on the plant.

Can Spinach Grow in Indirect Sunlight?

Though spinach can grow in both direct and indirect sunlight, it does best in an area that receives at least six hours of sunlight per day.

If you live in an area with very hot summers, it’s best to plant your spinach in a spot that receives morning sun and afternoon shade.

This will help prevent the leaves from getting too wilted and stressed in the heat of the day.

The best time of day for spinach to receive sunlight is in the morning. Morning sun helps spinach plants to grow strong and healthy leaves.

In contrast, afternoon sun can cause leaves to wilt and makes plants more susceptible to pests and diseases.

Transitioning Spinach From Indoors to Sunlight

Getting your spinach ready for a sunny spot outdoors? Here are some things to keep in mind as you make the move!

Gradually introduce your spinach to sunlight. When first transitioning your plant, place it in a shady spot outdoors for a few hours each day.

Then, over the course of a week or two, slowly increase the amount of time it spends in direct sunlight. By taking things slowly, you’ll help your spinach avoid sunburn and shock.

Also, keep an eye on watering. Just because your plant is now getting natural rainfall doesn’t mean you can forget about watering altogether!

In fact, during hot summer days, you may need to water your spinach more frequently than you did when it was indoors. Be sure to check the soil regularly; if it’s dry several inches down, it’s time to give your plant a drink.

If you fertilized your spinach regularly while it was indoors, there’s no need to start over from scratch with outdoor planting. Once every month or so should be plenty.

And when in doubt, it’s better to err on the side of too little fertilizer rather than too much. Too much fertilizer can “burn” your plants, leading to leaves that turn yellow or brown.

Can Spinach Get Too Much Sun?

Spinach prefers cooler weather, so too much sun can be detrimental. Too much sun can cause leaves to wilt and fade, and can even make plants less productive. It can also make the leaves taste bitter.

So, how do you know if your spinach is getting too much sun? One sign is if the leaves are starting to turn yellow or brown around the edges.

Another is if the plant is starting to bolt, or produce flowers and seeds prematurely. If you notice either of these signs, try moving your spinach to a spot that gets a little less sun.

What Happens If Spinach Doesn’t Get Enough Sun

If spinach does not get enough sunlight, it will become etiolated. This means that the plant will become long and thin, with weak stems.

The leaves will be small and pale, and they will not have the typical spinach flavor. In some cases, etiolation can be remedied by simply placing the plant in a sunny location.

However, if the plant has been etiolated for too long, it will not be able to recover and should be thrown away.

Now that you know how much sun spinach plants need, you’re ready to start planting! Get started today.

"Hi! I'm Kendra. I'm a wife, mother, and homesteader. I love everything that has to do with simple living. I'm a canning instructor, an avid gardener, and a constant learner of old-fashioned skills. Here is where I share it all. Welcome to the adventure!"
So, How Much Sun Does Garlic Need?
Sheet Mulching Done Right
Growing Spinach Step by Step
31 Places to Order Seeds and Plants Online
Milky Spore for Natural Japanese Beetle and June Bug Control