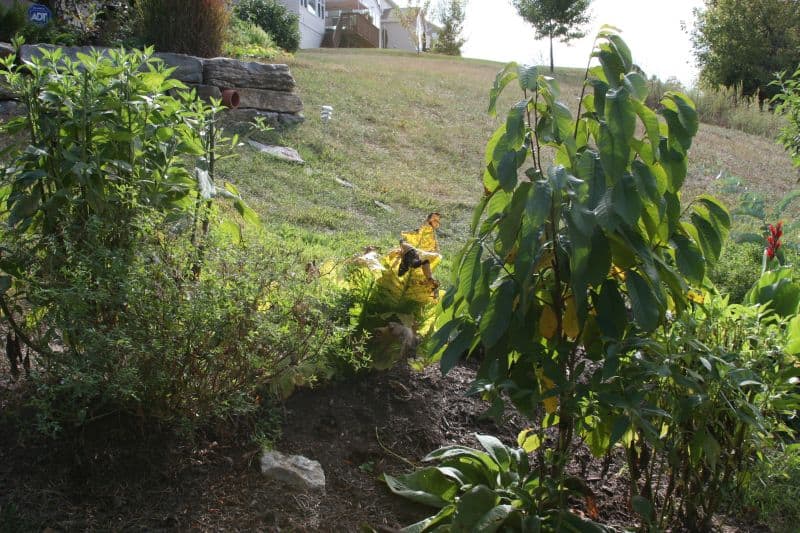 The word permaculture, derived from permanent agriculture by Bill Mollison, has not yet seemed to have found its way into the halls of local, regional or federal governments. Currently, the term used for any type of green urban renewal is referred to as agricultural regeneration, or urban agriculture.

The terms are similar in the fact, both intend on regeneration of urban environments, for the growth of food crops on public or private inner city land. The difference is, permaculture uses a sustainable approach, which reduces the need for daily maintenance, and the costs associated with annual planting.

According to the United Nations, “The urban population of the world has grown rapidly from 746 million in 1950 to 3.9 billion in 2014.” UN statistics have predicted that by 2050, 62% of the world’s population will have migrated to cities. The addition of megacities of more than 10 million people currently sitting at 28, will increase to 41 by 2030. Ten years away.

So the questions which should be on most municipal leaders minds are:

Currently based on FAO statistics 15% of the world’s food is now grown in urban settings. This is a good start, these 15 % are almost entirely private or community based. Why are our governments so slow to react?

Now of course, the governments have participated in providing land for urban garden projects, like urban plots of unused land or brown land, and have through community initiatives allowed schools to create urban gardens.

This has been done on such a small basis in comparison to what it could be. We must honestly ask, are our governments interested in seeing us feed ourselves or do they have other motivations.

Once we start to feed ourselves, our collective governments, unless involved in the solutions, start to lose control. This is anarchy in its purest and most progressive form. If we take the control of food production back, we are becoming a powerful adversary to capitalism.

We have become so focused on consumerism and on purchasing everything we need. This, in turn, requires continuous productivity, enslaving us to produce more so we can consume more. We have lost in many ways the ability to take care of our most basic needs in sustainable ways.

Where also is the private sector? Just about all these empty plots of land in our cities are owned by someone or some corporation. They too are responsible for the regeneration of the community. Is it not of value to everyone?

There are a few very wealthy philanthropists working and investing in this green movement, but the list is small. This should be enforced for the good of all. Is there any legitimate reason to have a billion dollars?

We all are surrounded and affected by the negative effects of consumerism, if you don’t realize it, just turn on your TV. The effects are rampant across the world. This being constantly presented to us, makes us feel helpless, but we are not, and for everyone’s sake we now have to focus on the positive.

First, have a look at how many cities in the US, Canada, and Australia have taken what’s happening to our planet very seriously, and are doing something to reverse the course. We can then discuss how to get one started in our own community.

Detroit. One of the biggest community initiatives in the US is happening in one of the hardest economically hit cities, Detroit. Through a combination of wealthy philanthropists like Hantz farms, and highly motivated individuals from the hardest hit communities, there is an urban permaculture revolution happening.

This is changing not only the landscape but also the mentality of the people. Working together on a common goal which enhances everyone’s life creates a bond. This makes the old divide and conquer rule very hard to implement. Here is a YouTube link of one of the many initiatives happening in Detroit.

Similar types of changes are happening all over the US. Here are few of the many:

The leader among Canadian cities at the moment seems to be Montreal. There have been some incredible initiatives created by local groups and even just some in tune individuals.

The first of its kind of a grocery store incorporating permaculture was created by the manager of an IGA in Montreal. This creative fellow realized they had a large amount of space on the roof of their store that was not being utilized.

He turned it into a farm to produce the vegetables sold in their store. He took this even further and reused all the water that was being wasted by the multiple air-conditioning units and used this to water the grow beds. Is this not the logical way forward for all large grocers?

Another leader is Vancouver. The biggest urban permaculture group in Vancouver and considered one of the largest in North America is Sole Food. Sole Food is actively providing food, education and employment though urban permaculture. This is all happening in order to improve the life of the communities in lower socio economic neighbor hoods.

Many other Canadian cities actively engaged in urban renewal:

Although Montreal, Toronto and Vancouver have taken the lead in permaculture initiatives, a great many Canadian cities are moving towards sustainability. Most Canadian cities now are either involved or are seriously investigating urban renewal through food forests and urban agriculture.

Australia is known as the birthplace of modern permaculture, for all that follow this path. The home to permaculture legends such as Bill Mollison, Geoff Lawton, and David Holmgren. We can consider Australia to be a world leader in permaculture and urban renewal.

One of the leaders in Australian urban renewal through food, is as it should be, the capital city of Canberra. What was established here in in 2012 was the Canberra City Farm.

This was an initiative to create a two hectare food farm in the suburbs and use it as a community based teaching format, and to supply food for the local communities. This is just one of many successful projects in Australia, here are a few more:

I could go on listing a hundred more examples. The fact is that permaculture and taking care of the earth is spreading to every corner of the planet. We only need to increase it, expedite it, and make it a part of our daily lives – the time is critical.

The purpose of this article is to provide some resources on where to look for sustainability in your own community, also on how to begin. You can contact any of the projects I have listed, I am sure they will do whatever they can to help. This is the very nature of permaculture.

If you were to contact half or more of these projects you would be easily able to find the one common denominator: the support of the community.

First, all it take is one, two or an entire group of individuals of like mind. Serious about earth care. Once you have formed a plan, then it all starts at the community level.

There is not one country on the planet that doesn’t have some sort of community structure. Find out how this structure operates and use it to your advantage.

So let’s say, we are in a western country, like US, Canada, Australia or anywhere in Europe. Every small community has a representative that brings ideas and issues to the next level of government. This is where we start.

By applying pressure at the first level we can advance forward. By trying to cut corners, unless you have some relationship above your community level, you will become frustrated. The system is designed to work this way and if used correctly will lead you to success.

These things seldom happen overnight, but if you have enough people who believe in the cause, it will move forward faster than you think. It is in the best interest of our community leaders to support whatever is best for the community.

Begin by talking to friends and family, find out who is thinking the same as you are. Take the next steps by investigating who is creating or trying to create community gardens in your town, city or village, get involved.

You will soon find, it’s not hard to attract attention for a cause as important as growing food. Engage these people and make a plan. Get your local government onside.

There will always be hurdles put up by other groups who might want to profit and can’t, or perhaps farmers that still believe in monoculture crops and are afraid of the new way forward. The multi nationals like Monsanto and Baer are certainly very afraid. The key is in solidarity with a community of like-minded people. Only together do we have the power to move forward against the odds.

Dirk is Canadian permaculture designer with a certificate from Tagari farms, studying under the tutelage of the legends and founders of permaculture Bill Mollison and Geoff Lawton. Dirk has been using permaculture techniques for more than 20 years, initiating and managing projects in, Cambodia, Madagascar Montenegro and Vietnam He has been helping people use permaculture techniques in growing their own food, and in leading more sustainable lives across the world.