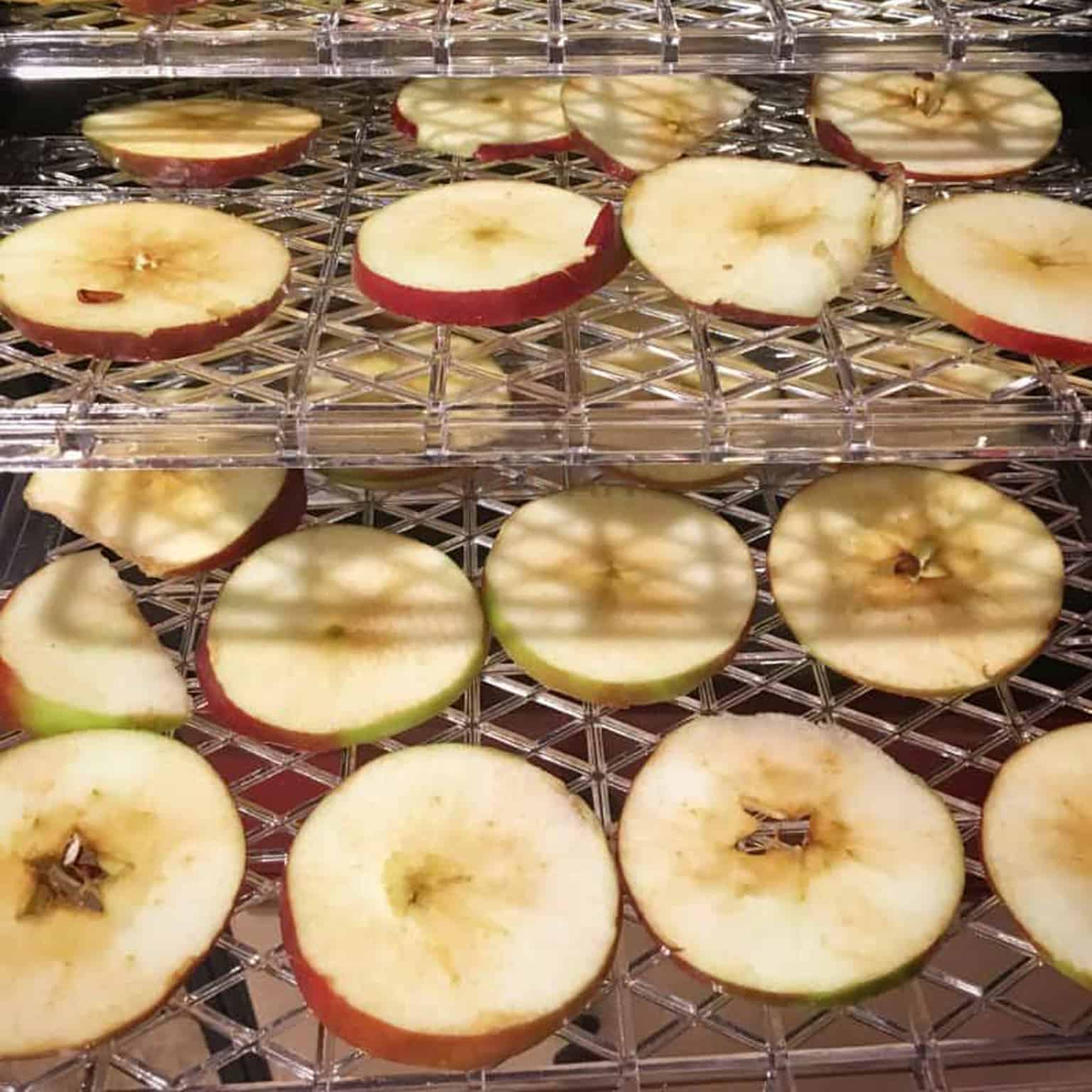 There are a lot of questions about dehydrated food. Is it safe? Is it healthy? Is it appropriate for long-term consumption?

Though naturally dehydrated foods have been eaten around the world for ages, the proliferation of factory produced dehydrated provisions and homemade dried food for survival readiness has raised health questions among some homesteaders.

So, is dehydrated food good for you?

Yes, dehydrated foods are generally safe, healthy, and can be part of a long-term food plan provided they are properly prepared and stored. This is because the dehydration process maintains much of their nutritional value.

Dehydrated foods maintain their nutritional profile though they do contain more calories by weight than their non-dehydrated equivalents. Dehydration also does not require the use of chemical preservatives, helping to keep food as natural as possible.

In this article, we will examine the topic in even greater detail. We’ll take a look at the history of dehydrated food, the nutritional benefits, potential shortcomings and everything else you will want to know before making it a part of your menu.

Probably the single best attribute of dehydrated foods is that they maintain their nutritional profile.

When water is removed from fruits, vegetables, meats and even dairy products their vitamins, minerals, antioxidants and other nutrients remain, becoming more concentrated.

This means that by weight dehydrated foods have a higher nutritional content than their fresh counterparts.

In fact, many forms of cooking destroy certain essential vitamins and minerals through the application of sustained, high temperatures.

The drying process typically used to produce dehydrated foods uses much lower temperatures over a long period of time, meaning that the good stuff your body needs is more likely to survive the process intact.

However, it should be noted that not every nutrient survives the dehydration process unscathed. Vitamin C is one crucial nutrient that is highly vulnerable to dehydration, along with vitamin A to a lesser degree.

Generally speaking, however, you can depend on dehydrated food to maintain its overall nutritional profile, even if some levels do drop in the process.

Something else to consider in the nutritional calculus is that store-bought dehydrated foods may utilize ascorbic acid or other additives in an effort to preserve certain vitamin levels and to improve the overall appearance of the food for sale.

While this might sound like a great idea to offset one of the few shortcomings inherent to the dehydration of food, these additives, even if they are natural, often have a negative effect on other vitamins present within the food.

You might say there is no such thing as a “free lunch” when it comes to preserving vitamins lost to the dehydration process.

However, for most folks this is only a trifling concern unless you happen to have special dietary requirements that must be attended to.

Dehydration Does Not Require Chemical Preservatives

Dehydration is a physical process of preservation that uses low heat and dry conditions to remove water present in food.

No crazy chemicals or strange additives are required which helps to keep your food as near its natural state as possible.

This means that you can generally depend on dehydrated food as a healthy option compared to other heavily processed meals and chemically preserved snacks.

As mentioned above, commercially dehydrated foods may contain certain preservatives but these are generally found in very small amounts and are added to help prevent spoilage during storage or to preserve vitamin and mineral profiles.

Even without a bevy of chemical preservatives, dehydrated foods have a long shelf life and can be reliably stored without fear of them going bad or spoiling.

One of the potential problems (or potential benefits) with dehydrated foods is that they are calorie dense. This is because when water is removed, the calories and nutrients stay behind in the food.

The portion of food that is dehydrated becomes significantly lighter, and usually smaller, but this also means that there are more calories in that smaller amount of food.

For example, one cup of dried apricots has around twice as many calories as one cup of fresh apricots. This can be a big problem if you are trying to lose weight or watch your calorie intake.

Most of us who have tried dehydrated foods already, fruit in particular, know how delectable and “snackable” these foods are, and it is an easy thing to wolf down a truly massive amount in a single sitting. This means you can be packing in calories without really realizing it!

The water content in food plays a significant part in making us feel full or satiated, and when you are considering dehydrated foods this is something of a one-two punch.

The actual portions of the food you are eating contain many more calories than they would normally, and the lack of water weight in the same means you will not feel full nearly as quickly. This sets the stage for overindulgence.

On the other hand, making your food more calorie dense means that it is possible to carry significantly more calories for far less weight.

This can be a huge benefit when packing food for a long hiking trip or as a component in a bug-out bag or other piece of survival gear. Dehydrating your food in essence makes the “fuel” that your body needs dramatically lighter.

Another potential problem with dehydrated foods is that they might require additional preparation. For example, dried beans typically need to be soaked in water overnight before cooking.

Most of your dehydrated survival meals require boiling water for preparation, and some dehydrated veggies and fruits are borderline inedible without softening them first.

This can be inconvenient if you are trying to just have a quick bite. And in a genuine survival situation, the necessity of heating and boiling water for certain dehydrated foods can produce a strain on other resources.

Although these foods might be safe to eat in the strictest sense- considering food safety and nutrition – they could be dangerous in other ways if you cannot prepare them properly.

Dried beans might as well be pebbles and the cement-like consistency of dehydrated survival meals can prove extremely hazardous to your teeth if you are unable to soften them first.

Again, this might be a greater or lesser concern for the individual depending on your requirements and the kind of dehydrated food you have, but it is something to consider before purchasing it in any major quantity.

Dehydrated Foods are Safe and Healthy

When properly prepared and stored, dehydrated foods are safe, healthy and appropriate for long-term consumption.

Dehydration maintains the nutrient profile of foods while also making them lighter, smaller and easier to transport. So long as you keep an eye on your calorie intake and account for any special prep requirements they are a great option for prepping or travel.

Nevertheless, there are some foods you should never dehydrate, such as avocados, olives, fatty meats, and low acid foods.

1 thought on “So, Is Dehydrated Food Good for You?”