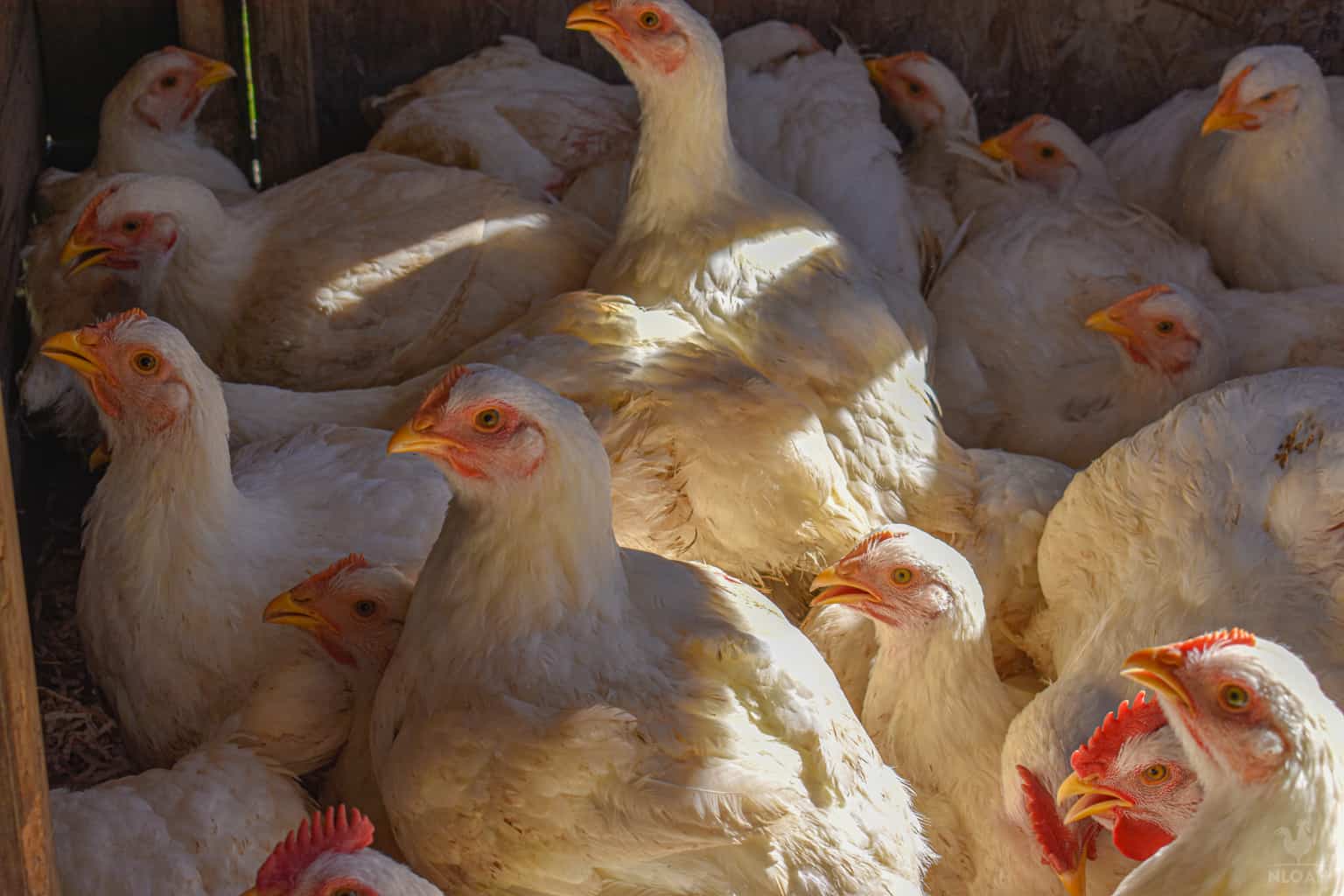 Humans have had chickens domesticated for a long time. A very long time! But even so, when it comes to what can chickens eat, it seems there are still a few mysteries about their behavior that remain.

The matter is further complicated by assertions that pine needles are either harmful or healthful for chickens at turns. What’s the truth? Can chickens eat pine needles?

Yes, chickens may eat live, green pine needles but they generally don’t. Assuming that chickens like them, pine needles are fairly healthy, with a good assortment of vitamins and a few minerals. However, you should be cautious about letting your chickens eat the needles from any pine or pine-like tree that you have not positively identified, as some of them are highly toxic.

Pretty interesting stuff. Some owners even report that their chickens will climb up on low branches that they can reach in order to nibble on live, green, and especially young needles.

There’s lots more to learn, as you might imagine, so keep reading to learn everything you need to know about giving pine needles to your chickens.

Pine needles are also a good source of vitamins and minerals that are beneficial to chickens including Vitamins A, B2, B6, and E as well as minerals like calcium, iron, magnesium, manganese, phosphorus, potassium, selenium, and zinc.

Pine needles also contain a variety of other antioxidants, which have numerous benefits for chickens including reducing inflammation and helping to protect cells from damage.

They also contain lots of Vitamin C, which is something chickens need just as humans do.

But unlike us, they produce it on their own and don’t really need it through their diet. As such, foods high in Vitamin C are not essential to a chicken’s health.

Most Chickens Will Only Periodically Nibble on Live, Green Needles

Pine needles are not something you’ll see chickens eating any which way they can find or get them.

In fact, most chickens that have access to pine needles will only nibble on them at certain times or in certain conditions.

The most likely time you’ll see your chickens eating pine needles is in the spring when they are molting, which is when they lose their feathers and grow new ones.

This is a stressful time for chickens as their bodies are working hard to produce new feathers.

During this time, some chickens may seek out foods that contain lots of vitamins and minerals like pine needles in order to help them through the molt.

Other than during the molt, you’re not likely to see your chickens eating pine needles unless they are bored or otherwise lacking in food options.

The condition of the needle also matters. Chickens won’t eat tough, dead needles off the ground, or at least very rarely.

They will, however, eat up live and tender needles still on the tree. This is why chickens are often seen “scaling” pine trees to get at the choice bits of food!

Caution: Not All “Pine” Needles are Safe for Chickens

You must be cautious before letting your chickens eat unknown pine needles or pine-like needles.

Though most are nutritious or at least safe for chickens, some are just the opposite and might be toxic or even deadly poisonous.

Two such examples are ponderosa pine and yew. Ponderosa pine needles, in addition to being fairly unpalatable, can also cause kidney damage if eaten in large enough quantities. Yew needles are the most toxic of all, and eating just a few could kill your chicken.

Other than those two examples, most other pine and pine-like trees are safe for chickens to eat. But you should always take care to identify the tree before letting your chickens near it, just to be on the safe side.

Yes, and this is the best way to give them to your chickens. This also ensures that the pine needles will have the most nutrients possible.

Yes, but this is generally not advised. Cooking pine needles reduces their nutritional value and really does not make them any easier for chickens to eat.

However, steeping pine needles can make a tasty tea that could be just the thing to give your chickens a boost of vitamins.

Beware of Pesticides and Herbicides on Wild or Unknown Pine Needles

Yet another concern associated with pine needles is the potential presence of pesticide or herbicide residue.

If you’re not sure of the source of the pine needles, it’s best to avoid a possible bad outcome and not let your chickens eat them.

The same goes for pine needles that have fallen from treated trees on someone else’s property.

Both pesticides and herbicides are associated with serious health problems in animals, including chickens.

Ingestion is particularly harmful since these chemicals often accumulate in tissues over time, eventually leading to such devastating conditions as liver failure, cancer, reproductive harm and endocrine system problems.

Accordingly, don’t let your chickens eat any pine needles from trees that have been treated with these chemicals for any reason.

How Often Can Chickens Have Pine Needles?

Pine needles are generally nutritious for chickens, but excess consumption is often problematic.

It follows that your chickens should only be allowed to eat pine needles occasionally as a treat or boredom-busting snack.

Pine needles are nowhere close to nutritionally complete, so they should never be used as the sole source of food or allowed to make up the majority of your chickens’ diet.

Pine needles are an excellent way to add some extra vitamins, minerals, and antioxidants to your chickens’ diet, but they should only be allowed to eat them once a week, at most, or a few small nibbles throughout the week.

Preparing Pine Needles for Your Flock

The best way to feed pine needles to your chickens is to let them have access to live, green branches that they can nibble on as they please.

If you don’t have any such trees on your property, you can harvest fresh, live branches and then strip the needles for serving to your flock.

You can also dry and chop up pine needles to add to your chickens’ regular feed, but this isn’t necessary.

If you do decide to go this route, make sure the needles are fresh and ready to use before chopping them.

Can Baby Chicks Have Pine Needles, Too?

Baby chicks really shouldn’t eat pine needles. While they contain many of the vitamins and minerals that baby chicks need, they’re not a complete source of nutrition.

Baby chicks require a diet of starter feed that contains all of the nutrients they need to grow up healthy and strong.

They are difficult for chicks to swallow and can cause problems by getting stuck in their crop or throat. For these reasons, I advise you to avoid giving pine needles to baby chicks.

"Hi! I'm Kendra. I'm a wife, mother, and homesteader. I love everything that has to do with simple living. I'm a canning instructor, an avid gardener, and a constant learner of old-fashioned skills. Here is where I share it all. Welcome to the adventure!"
Can Chickens Swim? What You Didn’t Know
Can I Get Histoplasmosis From My Chickens?
How To Incubate Poultry Eggs
DIY Fermented Chicken Feed - So Easy!
So, Can Chickens Eat Lantana?