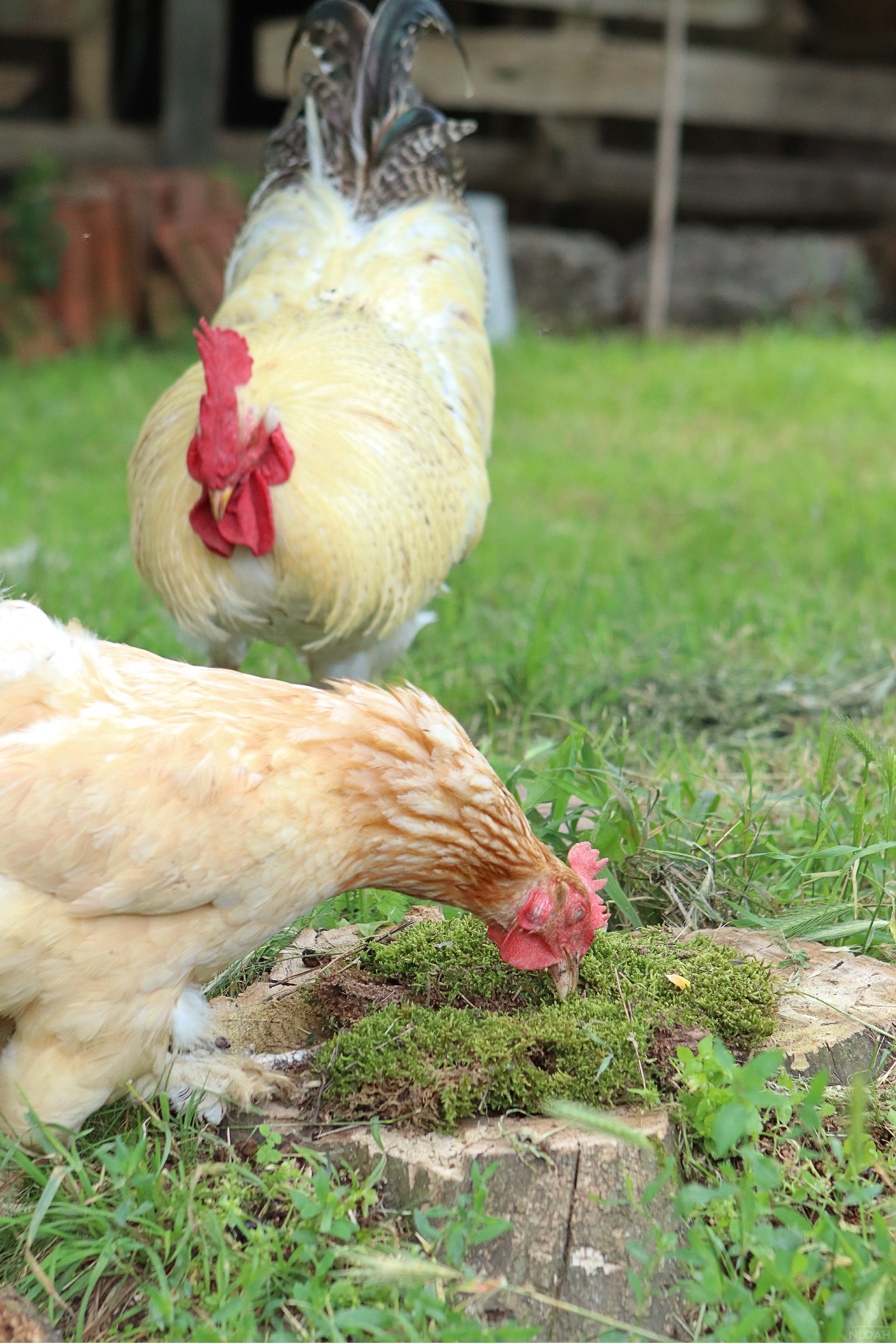 Chickens love to peck at grass, seeds, and all sorts of things found on the ground. Veteran owners know that they’re always taking nibbles of this and that, sampling as they go.

But not everything that they find on the ground is healthy or good for them. How about moss? Can chickens eat moss?

Chickens may eat moss, but it does not contain much in the way of nutrition for them. However, it does contain considerable moisture and can help prevent dehydration.

If your chickens are showing any interest in moss you can let them eat without worry so long as they get plenty of nutrition from their chicken feed.

Moss is rarely considered food for animals, though there are several wild species that eat it, including reindeer and a variety of birds.

Depending on where you live, your chickens may or may not have the opportunity to eat moss, but there is little harm in letting them try a few bites if they do. We will tell you everything you need to know in the rest of this article.

There have been precious few studies conducted on the nutritional value of moss, to say nothing of all the varieties that are out there.

In general, moss is extremely limited, nutritionally. It contains only a few carbs, trace amounts of protein, and a little bit of fiber.

It does however contain considerable moisture and is often more valuable to wild species as a source of hydration than food.

Benefits of Moss for Chickens

As mentioned above, there is little reason to deliberately feed moss to your chickens, and if they care to eat it themselves they won’t get much out of it.

They will get a little bit of energy, some fiber which can help with digestion, and a good shot of moisture which will definitely help keep them hydrated.

This is all well and good, but moss is very lacking for chickens when it comes to vital minerals, vitamins, and other nutrients.

There is no harm in it, not really, but this could be problematic if your chickens develop a taste for it and decide to fill up on it.

That means they won’t have any room left over for higher-quality food that will provide them with the nutrients they need.

Yes, chickens may eat raw moss; this is generally the only way they will encounter it.

It is theoretically possible to cook moss, particularly to reduce or eliminate bacteria present in certain species, but this is not really a practical concern unless you, for whatever reason, are harvesting moss in quantity for serving to your chickens.

Should your chickens encounter moss growing on any surface out in their environment, and they decide to eat it, let them. There’s no reason whatsoever to cook the moss ahead of time.

Chickens are Probably Interested in Moss for Other Reasons

One thing that should be pointed out is that chickens are probably showing interest in moss for other reasons besides eating or at least eating the moss itself.

Large and well-established colonies of moss form a sort of ecosystem unto itself where bugs and other small life forms can take refuge and multiply.

Doubtless, you already know what voracious predators your chickens are when it comes to bugs, slugs, snails, and the like, and chickens might quickly learn to associate moss with a buffet of other tasty treats.

Also, it is not out of the question that your chickens might try to collect moss in order to line their nest or coupon box with, particularly ahead of laying eggs.

Many other birds and animals do the same thing, and the soft, insulating nature of moss makes it a prime candidate for this job.

How Often Can Chickens Have Moss?

Generally, your chickens will steal a bite of moss here and there whenever they encounter it, and so long as it is a periodic food item of opportunity, you can let them have it whenever they want.

however, if moss grows in abundance on your property or in any place where chickens frequently forage or roam, you don’t want to let them fill up on it because then they won’t eat their other food with all the nutrition they need.

Unfortunately, we don’t really have a good metric for how many calories moss provides, but in any case, you shouldn’t be collecting it for serving to them more than once or twice a week assuming they are eating well otherwise.

Preparing Moss for Your Flock

There’s not much to it. If your chickens encounter moss they can peck at it and eat it normally.

Ultimately, should you come upon a large colony of moss you can collect it yourself for serving later to your chickens.

Be aware that moss degrades very quickly after it has been harvested, so make sure you serve it when it is fresh.

Can Baby Chicks Have Moss, Too?

Baby chicks really shouldn’t have moss at all. Here’s why. Chicks have very strict nutritional requirements, and they are also quite sensitive when it comes to the kind of foods that they eat.

If a chick is deprived of vital nutrition, even for a little while, it might have serious consequences concerning their health.

These young chickens are quite delicate, but still growing quickly, so it is imperative that their diet is as well-rounded as possible.

Accordingly, every expert worth listening to suggests that chicks subsist pretty much entirely on their early life or starter feed until they are at least a couple of months old.

Moss, despite its lack of nutrition, is fairly bulky and can fill up a chick that eats it leaving no room behind for the nutritious feed that they desperately need every day.

If you give a chick moss or allow them to eat it, it might still suffer from malnutrition and in short order.

Simply stated, it is never worthwhile allowing chicks to eat moss. Wait until they grow up and can go foraging with the other adults.