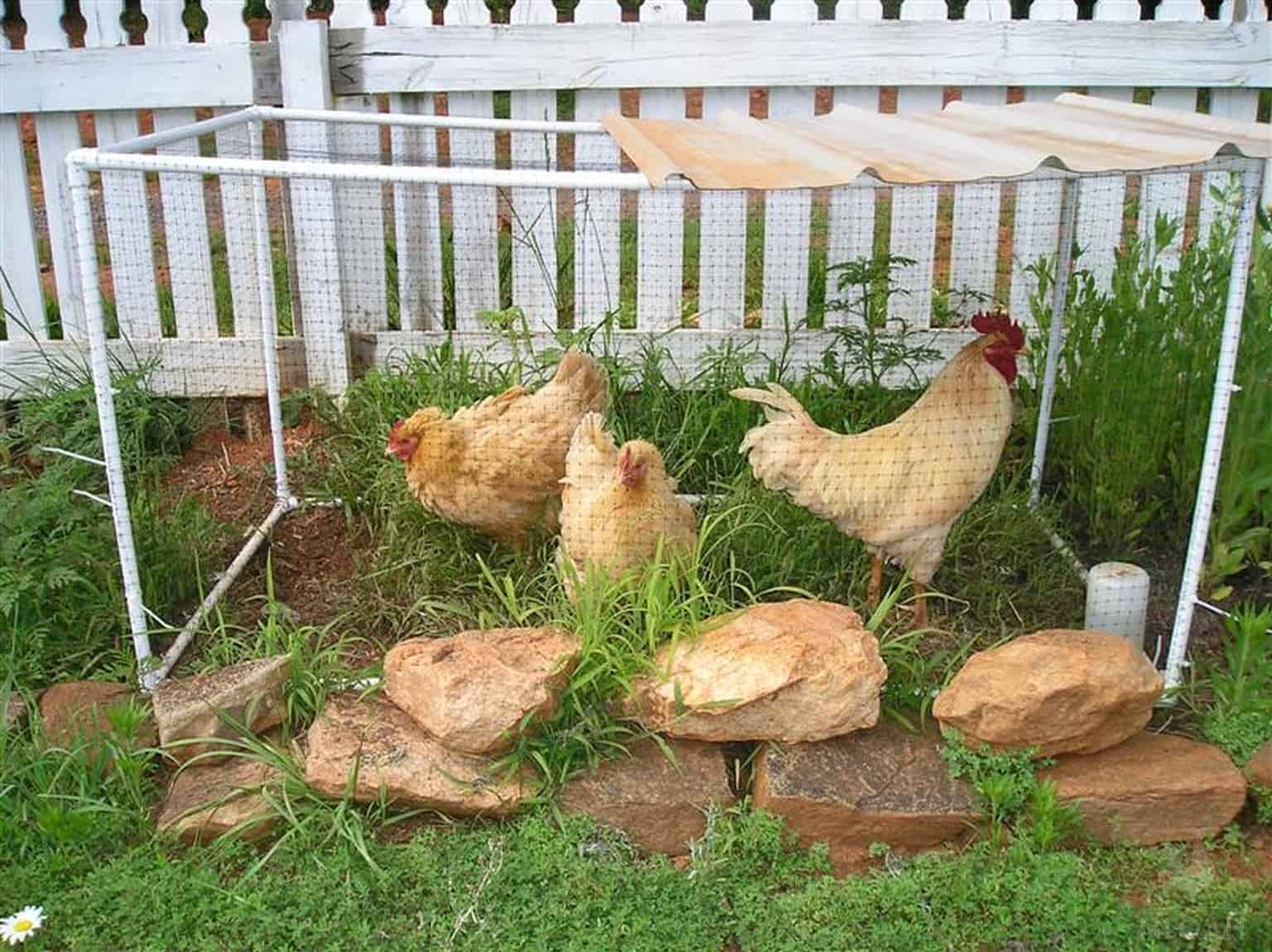 Nasturtiums, also known as monks cress, is a beautiful and greatly beloved annual or perennial flower that is best known for its broad and brilliant almost fluorescent red-orange flowers.

A distant relative of watercress, another distinctive feature is that the entirety of the plant is edible by humans and it has some interesting culinary uses.

Yes, chickens may safely eat every part of nasturtiums, including the petals, leaves, stems, and roots. Nasturtiums are nutritious and have a decent profile of vitamins and minerals for chickens, including vitamin a, B complex vitamins, vitamin C and a tremendous amount of lutein.

You should know that chickens can and will eat these magnificent flowers if given half a chance, and though that might spell trouble for you if you’re trying to raise a garden of these beauties, it is comforting to know that it won’t hurt your birds.

Keep reading to learn everything you need to know about giving nasturtiums to your chickens.

Health Benefits of Nasturtiums for Chickens

Chickens can eat lots of flowers, and most of them tend to have a decent nutritional profile.

Nasturtiums are no different, as they contain abundant vitamin A, most B complex vitamins, and vitamin C which is somewhat wasted on chickens since they make their own internally.

Most notably, nasturtiums contain a tremendous amount of lutein, the most known in any edible plant at around 45 mg per 100 g of weight. Pretty remarkable!

All in all, this makes nasturtiums a wonderful supplemental food or occasional treat for chickens, one that they will enjoy eating and more importantly one that will bolster good health.

Yes, chickens may eat nasturtiums raw and will do so with no problems and with very little encouragement! this is also the preferred way to serve the flowers to your chickens since it will maximize the nutritional profile found in the plant.

Yes, chickens will eat nasturtium flowers. The petals and the bud are both appetizing to chickens and contain a good amount of nutrients.

Yes, they can. The oldest parts of the stem might be a little too tough for chickens to deal with, but they will happily eat newer stems and shoots. In any case, the stems are safe for chickens to eat.

Yes. So long as the leaves are tender chickens can easily eat them. The leaves are among the most nutritious parts of the plant.

Surprisingly, yes. Chickens may safely eat cooked nasturtiums with no issues, though you should know that cooking will significantly degrade the nutritional profile, both vitamins, and minerals.

It might seem strange to bring up cooking procedures for an ornamental flower, at least as they pertain to your chickens, but hear me out.

You should never feed nasturtiums to your chickens that have been prepared with or used as an ingredient in any kind of food that they cannot have.

Surprisingly, nasturtiums have a fairly distinctive culinary history, with the blooms often being added to salads and other vegetable dishes and the seed pods being used alongside capers or to help flavor pickles.

This is because nasturtium, as a distant relative of watercress, has the same sort of pungent peppery flavor.

Unfortunately, your chickens likely cannot eat anything that you would use nasturtium for as a garnish or ingredient. Things like oil, salt, sugar, and so forth are all bad for chickens.

At best, they will be facing significant weight gain from the extra calories and probably diarrhea.

At worst, it could be staring down the barrel of serious health conditions like sodium poisoning, fatty liver syndrome, hypertension, and more.

If you do decide to give your chickens cooked nasturtiums they should only be prepared plain, with no additional ingredients.

Beware of Pesticides and Herbicides on Wild or Unknown Nasturtiums

Even though nasturtiums themselves are entirely safe for chickens it sure seems like there is a long list of cautionary statements, huh?

One other thing you’ll need to be aware of is a potential presence of pesticides or herbicides on any nasturtiums that are growing wild or that you have not had direct control of.

Pesticides are commonly used on these flowers in an effort to protect them from insect pests that could harm them.

Herbicides may be present on them in an effort to kill off unwanted flowers or as accidental application, or else absorbed as runoff from other locations. Neither of these chemicals is good for your birds.

The bioaccumulation of both categories of chemical have been linked to serious sometimes deadly health effects, including cancer, reproductive harm, metabolic issues, and more.

Ideally, you will only feed nasturtiums to your chickens that have been under your direct control, but otherwise, you should make it a point to thoroughly wash any other such flowers as a justified precaution.

How Often Can Chickens Have Nasturtiums?

Interestingly, nasturtiums are entirely safe and nutritious for your flock, but that doesn’t mean they should eat them all the time or eat as much as they want in one sitting. Like most supplemental foods for chickens, moderation is important.

Chickens should be allowed to have nasturtiums once or twice a week, in unlimited quantities, as part of a well-rounded diet comprised primarily of chicken feed.

Nasturtiums are nutritious, and your birds will benefit from them, but they are not nutritionally complete and if they’re allowed to fill up on them they could be missing out on nutrition that they do need from other sources.

Preparing Nasturtiums for Your Flock

You don’t need to do much in order to successfully feed nasturtiums to your flock.

If you don’t mind them eating the flowers wherever they are growing, just let the chickens get near them and they will take care of the rest. Keep in mind it is entirely possible they could eat a young flower right down to the grass.

Ultimately, you can harvest nasturtiums before pulling off the flowers and then chopping up the stems to make a sort of salad for your birds that will be easy for them to eat.

Scatter it on the run or serve it to them mixed in with other food for a nutritious treat.

Can Baby Chicks Have Nasturtiums, Too?

Yes, chicks may have nasturtiums just like adults can, but you want to let them grow up a little bit before allowing them to try them for the first time.

A good rule of thumb is to wait until baby chicks are around 6 weeks old, maybe a little bit older, before giving them any new, novel greenery to eat.

Remember, chicks should be subsisting pretty much entirely on a starter feed, with only very occasional and very sparing treats in the form of other foods once they are old enough to handle them.

"Hi! I'm Kendra. I'm a wife, mother, and homesteader. I love everything that has to do with simple living. I'm a canning instructor, an avid gardener, and a constant learner of old-fashioned skills. Here is where I share it all. Welcome to the adventure!"
20 Ideas To Feed Your Chickens Without Buying Feed
How To Trim Rooster Spurs
So, What Human Food Can Chickens Eat?
So, Can Chickens Eat Ivy and Ivy Berries?
How to Clean and Disinfect Your Chicken Coop