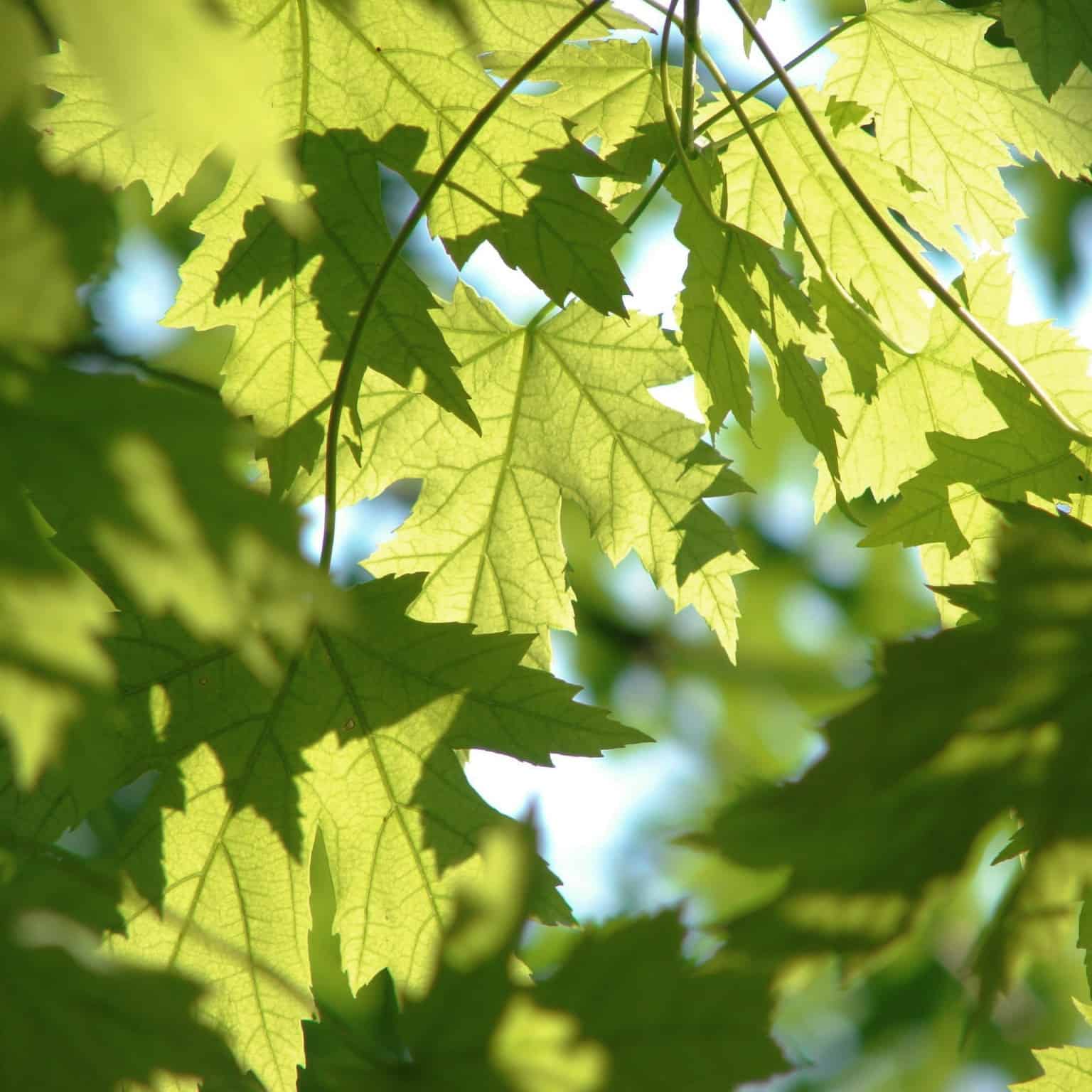 If you own chickens, you probably know by now that they eat all kinds of plant matter, including seeds, grass, fruits, and veggies.

You might even see them swiping the green tops off of carrots or plucking a few delicate leaves from various shrubs!

Chickens generally shouldn’t eat maple leaves and tend to avoid them. Although certain maple leaves are completely safe to eat and contain no toxic compounds, others contain dangerous levels of gallic acid. For this reason, you should avoid trying to serve maple leaves to your chickens.

Observant chicken owners have likely already noticed that their birds tend to be pretty good about avoiding foods that they shouldn’t eat, and it is a rarity you’ll see a chicken take more than a cursory peck out of a maple leaf.

Keep reading to learn everything you need to know about maple leaves when it comes to chickens.

As was mentioned, maple leaves are not a good food for chickens and your birds will likely avoid them if given any other chance.

Chickens are remarkably intelligent when it comes to selecting nutritious food for themselves, and though they are definitely curious eaters, they will instinctively avoid stuff that is harmful or just not fortifying.

If you left them near a live maple tree, you probably wouldn’t see them go near the leaves at all. Even if they did take a nibble, it would likely be more out of curiosity than anything else.

Regarding fallen leaves, the “eating” that you sometimes see reported is actually the birds picking and pecking among the litter looking for things they can eat.

The only time you might see chickens eating maple leaves is if they are desperate for food and there is nothing else around. Even then, they would likely only eat the very tips of the leaves and avoid the rest.

While it is technically possible for chickens to eat maple leaves without any ill effects, it’s not worth the risk.

Why are they considered dangerous? The answer lies in a substance known as gallic acid.

This organic compound is found in high concentrations in some species of maple trees, and can cause gastrointestinal distress and other problems if consumed in large quantities.

While gallic acid is present in all plants, it is especially concentrated in the leaves of certain maple trees. These include sugar maple, silver maple, and red maple.

The Norway maple is another type of tree that contains gallic acid, but this species is not as common in North America.

Will My Chickens Get Sick or Die if they Eat Maple Leaves?

A single bite, or a few bites, probably not. But repeated ingestion or large amounts can cause problems.

The symptoms of gallic acid poisoning depend on how much of the compound has been consumed.

In small quantities, it can cause an upset stomach and diarrhea. If more is ingested, it can lead to vomiting, dehydration, lethargy, and even death.

So, while maple leaves are technically safe for chickens to eat in small quantities, it’s best to avoid feeding them to your birds and you should keep an eye on them when they are near maple trees.

There are plenty of other plants and foods that are much better for them anyway!

No, they shouldn’t. Raw maple leaves, live or dead, still contain gallic acid and other compounds that can be harmful to chickens.

If you have maple leaves in your yard and you’re worried about your chickens getting at them, the best thing to do is to rake them up and dispose of them.

No, as cooking does not significantly reduce the amount of toxins that might be present in the leaves.

It is technically possible to leave some of these compounds out through repeated soakings before changing the water, but the nutritional value of maple leaves is so limited it is not worth the effort or resources.

You Might Add Leaves to Your Chicken Run, but Only Sparingly

Maple leaves might be added to a chicken run in small amounts to give your flock an interesting substrate to scratch and forage through, but they should not make up the majority of the material.

Leaves from other trees, such as oak or birch, are a better choice and will provide the same benefit to your chickens.

As with all leaves and other ground coverings, insects will happily take up residence in a maple leaf-lined chicken run.

This is not necessarily a bad thing, as your chickens will enjoy hunting and eating the bugs, but you should be aware that this could happen.

Then again, the leaves themselves may cause problems as they rot and decompose.

Baby Chicks are More Vulnerable to Poisoning than Adult Chickens?

You shouldn’t really worry about baby chicks trying to eat maple leaves when they are young, but you should know that they are more susceptible to the effects of gallic acid and other toxins.

This is because their immune systems are not fully developed, and they have a higher rate of metabolism.

Therefore, it is always best to err on the side of caution and keep them away from any potential sources of poisoning, including maple leaves.

What Should You Do if You Suspect Your Chicken Has Eaten Toxic Maple Leaves?

If you notice your chicken or chickens behaving strangely after being around maple trees or maple leaves on the ground, or if you suspect they have eaten a large quantity of leaves, taking action may be warranted.

The first thing you should do is to isolate the affected bird or birds from the source of the issues, in this case the maple leaves. This will help to keep things from getting worse.

Next, give them plenty of fresh water to drink, as dehydration is a common symptom of gallic acid poisoning. Keep an eye on them.

If things seem to be getting worse, or if the symptoms are pronounced, call your vet right away.

In most cases, if the chickens have only eaten a small amount of leaves and they are otherwise healthy, they will recover on their own within a day or two.

However, it is always best to be safe and consult with a professional if you have any concerns about your birds’ health.

In cases of suspected poisoning, your vet will probably want you to bring the affected bird or birds in for assessment.

"Hi! I'm Kendra. I'm a wife, mother, and homesteader. I love everything that has to do with simple living. I'm a canning instructor, an avid gardener, and a constant learner of old-fashioned skills. Here is where I share it all. Welcome to the adventure!"
11 Broody Hen Breeds to Look For
DIY Fermented Chicken Feed - So Easy!
Can I Feed de (Diatomaceous Earth) To My Chickens?
15 Sure Ways to Prevent and Stop a Rooster Attack
So, Can Chickens Eat Nasturtiums?