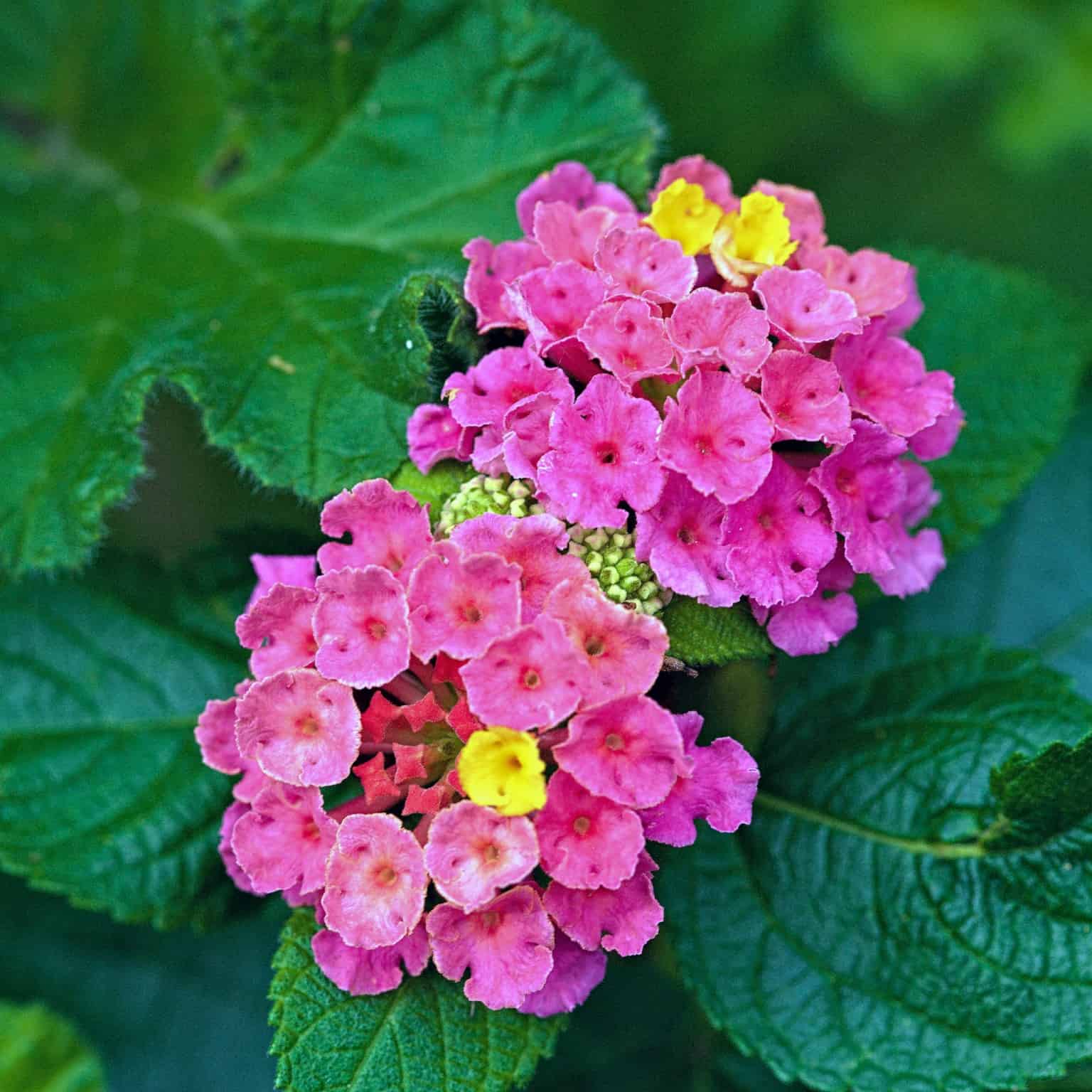 Depending on where you live, lantana is either a spectacularly gorgeous flower, or an invasive menace that no moral methods can seem to remove.

There is little doubt that this flower seems to become successful, too successful, wherever it winds up planted but we are here to answer another question today.

Chickens can eat some flowers and plants, but can our chickens eat lantana?

No, chickens should not eat lantana and all parts of the plant are dangerously poisonous, including the flowers, stems, leaves, and berries. Lantana contains toxic compounds which can cause liver damage, kidney failure, and death.

Yikes. Turns out that’s just one more reason to hate this invasive plant.

But whether you love it or hate it, if you have any lantana growing on or around your property you must become aware of it and do everything you can to keep your chickens away from it.

Most chickens seem to instinctively avoid it, but ingesting even a small amount could prove fatal. Keep reading to learn everything you need to know about this toxic perennial.

All Parts of Lantana Plants are Dangerously Poisonous

Unlike some other flowering plants, all parts of lantana are dangerously poisonous, and that includes the blooms themselves, the stems, leaves, berries, and roots.

However, it is generally the flowers themselves that are the most toxic part of the plant and this is especially troublesome because it is the flowers that tend to be the most appealing to chickens in general.

Even more troubling, the flowers change color and hue as they bloom and mature, growing in clusters that might be a mix of red and orange or even blue and white.

This marvelous display of color has endeared the plant to some, and even led some governments to give up on eradication efforts such as its beauty.

But this highly variable color might entice chickens that are hungry or just curious, and that can lead to disaster.

Red-flowered Lantana is the Most Poisonous

A particular note, repeated testing has shown that it is the red flowers on lantanas, and predominantly red flowering plants in particular, that are the most toxic.

Comparatively small bites from these plants might be enough to result in severe sickness or even death in unfortunate birds that eat them.

The toxic compounds present in all lantanas are known as pentacyclic triterpenoids.

Sadly, the effects of the toxin are often slow-acting and difficult to catch in time with early affliction appearing far less noteworthy than the toxicity of the plant might suggest.

Death, when it does occur, often takes place as late as three or four weeks after the initial onset of lesser symptoms.

That usually results from ongoing degradation of the kidneys and liver, and the toxin has even occasionally been known to directly damage heart tissues.

However it does it, it is a slow, grueling and bad way to go. It is imperative that you protect your chickens from this beautiful but deadly flower at all costs.

The onset of symptoms resulting from lantana poisoning is rarely noteworthy, at first. Sluggishness, lethargy, and loss of appetite are common.

These symptoms will progress, growing ever more severe. That’s because the liver and kidneys of the affected bird are basically being destroyed bit by bit over time by the toxin.

Another sure symptom of lantana poisoning is photosensitization, a pronounced sensitivity to and avoidance of light.

Eventually, the liver fails to function, the kidneys likewise fail and the bird dies.

Can Chickens Eat Any Part of Lantana Raw?

No. As mentioned previously every single part of lantana is dangerously toxic, with the flowers containing the most toxin and the red flowers among them being particularly dangerous.

No. Unfortunately cooking lantana does not significantly degrade the toxins enough to make the plant safe to eat, for humans or for animals.

You must be especially wary of lantana if you have baby chicks to take care of. Again, though most chickens seem to instinctively avoid this deadly beauty, chicks are inexperienced and might nibble on something that they shouldn’t.

If this happens, your chick will probably die. Their underdeveloped systems, bodily functions, and lower mass compared to adults means that the toxic compounds in lantana are going to hit them especially hard.

If you even think one of your chickens has ingested lantana you must act quickly and call your veterinarian right away.

No death usually occurs slowly and a long time after the initial poisoning, you have a relatively limited window to arrest the damage that the toxin can do.

it is all but a certainty that your vet will want to see the affected Bird right away for an assessment and likely intervention.

An antidote will be administered if available, and intravenous fluids will help to support organ function and flush the toxins from the bird’s system.

Even after the toxin has been removed, testing and observation will likely be required to ascertain the extent of the damage and ensure that proper supporting care is given.

Survival is not guaranteed if a chicken ingests lantana, but by acting quickly and intervening immediately you can greatly improve the prognosis or even save the bird’s life.

The longer you wait before seeking care the worse the chances of survival get and the greater the chances of complications or lifelong ailments if they do survive.

"Hi! I'm Kendra. I'm a wife, mother, and homesteader. I love everything that has to do with simple living. I'm a canning instructor, an avid gardener, and a constant learner of old-fashioned skills. Here is where I share it all. Welcome to the adventure!"
3 Ways to Train Chickens to Come When You Call Them
Why is My Chicken Laying Small Eggs? Top 7 Reasons
Wind Eggs: What You Should Know
How to Clip Chickens' Wings the Right Way
So, Can Chickens Eat Quince?