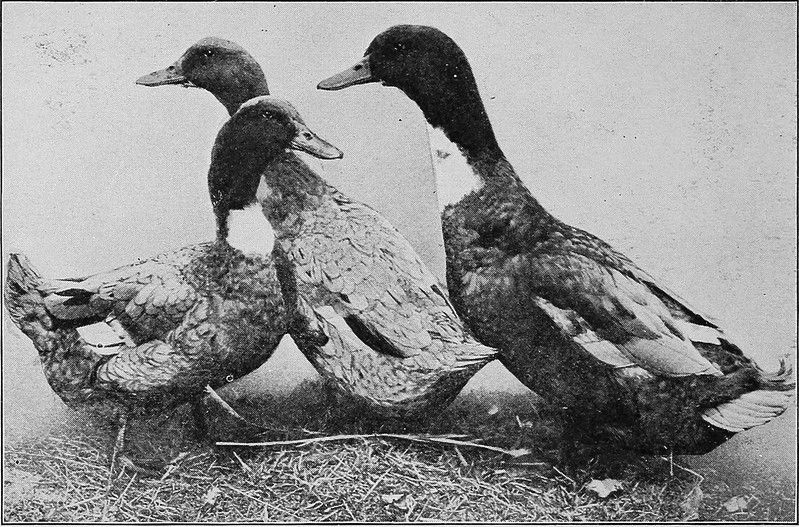 Buff Orpington ducks have an extensive history of being both high quality meat, and egg birds. These hardy beauties cannot fly away and can thrive both on large homesteads and in small town backyards.

Ducks of this breed are affable, docile, and bond well with their keepers. In addition to being used just for their looks and friendly nature as pond adornments, just a small flock can easily provide enough eggs and meat to feed a family of four.

Buff Orpington ducks are second to only the Pekin duck breed in popularity when it comes to commercial meat production in the United States. In fact, in Europe, Buff Orpington ducks might even edge out the famed (and my personally favorite breed) Pekin ducks by chefs in high end restaurants.

Members of this heritage duck breed, like all domesticated breeds, cannot really fly. Buff Orpingtons can get a handful of inches off the ground, and fly maybe one foot forward. The average lifespan of Buff Orpingtons (sometimes referred to as merely Buffs) is 5 to 7 years.

Through William Cook’s deliberate and diligent breeding efforts, he created Orpington ducks in the Buff, Blue, White, and Black varieties.

During the early part of the 20th Century, Buff colored plumage was a rampant fashion trend throughout Europe. Because the White Buff was less popular on garments, this variety of the breed floundered a bit in popularity.

Cook presented his Buff Orpington ducks at the Madison Square Garden Show in New York in 1908. Just six years later this duck breed was granted status in the American Standard of Perfection poultry books – classified with the label of only Buff. This is the only known time that a poultry bird breed was classified by its color or type of plumage alone.

The Livestock Conservancy indicates there were only a little more than 1,000 Buff Orpington breeding stock in the whole of North America in 2015.

Most of the flocks kept, according to the domestic waterfowl census survey responses used to determine breeding stock populations, those who kept these lovely birds had flocks of 50 or more in their possession.

The rarity of members of this duck breed can impact selection, availability, and price in some regions.

Keeping this heritage meat and egg duck breed is not harder or easier than keeping any other type of duck. They need a duck house or coop and run that will protect them from both predators and the elements.

Buff Orpington ducks also need constant access to clean drinking water, and water to swim in. A plastic baby pool will suffice if you do not have a small garden pond, or a traditional farm pond.

Ducks should not go without having enough clean water to dip their bills and head into for more than eight hours. Keeping their mucous membranes from becoming dried out is essential to their overall health.

The light colored pin feathers on members of this breed can make cleaning them an easier task. Although Pekin ducks are most often kept as duck meat birds in America due to their large size and growth rate, the meat on a Buff Orpington duck can be more robustly flavorful and tender.

Finding Buff Orpington ducks at the local hardware or agricultural supply store is not likely going to happen.

You will most likely have to find a professional breeder that raises heritage breeds, or pucharge the Buff Orpington ducks (or fertilized eggs) from a large breeder like Meyer Hatchery or Murray McMurray Hatchery, and have them shipped to your homestead.

The time of year you plan to purchase the Buff Orpington ducks or their fertilized eggs greatly impacts availability and even price.

Mature ducks are sometimes available throughout the year but fertilized eggs, ducklings, and juvenile birds are often sold only from spring through the summer or early fall.

If you can find Buff Orpington ducks from a local breeder, or can drive to a large hatchery, choose birds that are neither overly excited nor lethargic, which can be signs of health issues.

The birds should not be either one pound over or under weight and have vibrant eyes that do not look cloudy or watery. Watch how the ducks walk. Make sure there are no deformaities, or signs of weakness.

The feet and legs should be uniform in size and shape, as well. Bills on the ducks you are buying should be attached high on the Buff Orpington’s head and laser straight.

Being able to see the breeding pair that produced the ducklings you are purchasing would be ideal. Also, find out as much information as you can about the average lifespan and egg laying habits of the breeding hen.

If you are going to breed Buff Orpington ducks to sale, keeping consistent health records on the weight, live hatch statistics, egg laying quantity, quality, and active years, may help increase sales while developing a reputation as a top notch breeder.

The effort put into searching for Buff Orpington ducks should pay off in spades. These docile and graceful ducks tend to produce a high quantity of eggs even when hens are as old as four or five.

Their eagerness to interact with each other and willingness to do the same makes Buff Orpington ducks are a great choice for both children involved in 4-H and newbie adult keepers.