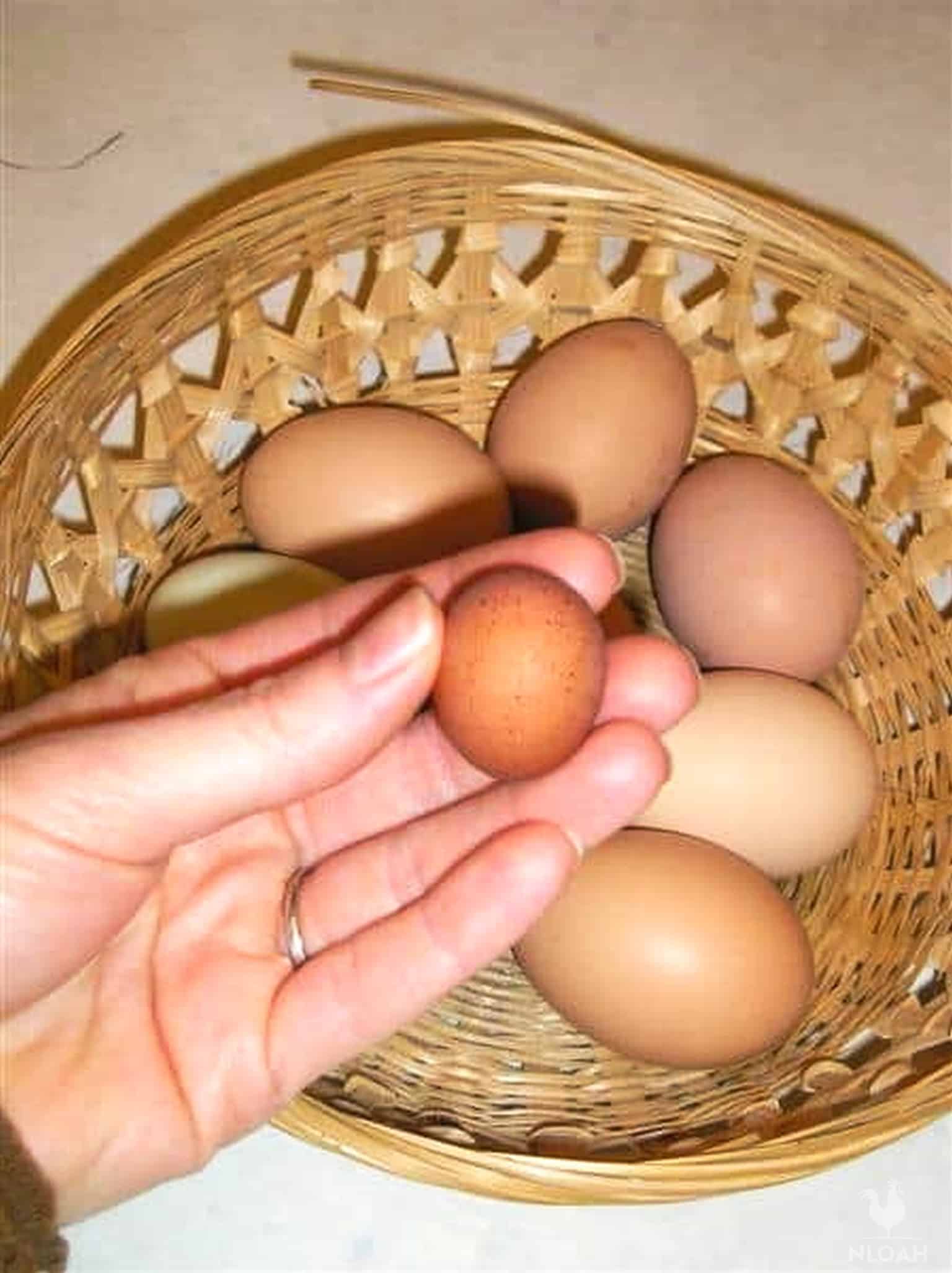 We got the funniest surprise in our nesting box today. Jada went out early to collect the first of the morning eggs.

I was in the kitchen getting a snack together for baby Elias when she came bursting through the backdoor, “Mommy! Guess what I found!”

She opened her palms to reveal two regular eggs, and one teeny tiny one. Her eyes were wide with wonder as she continued, “Where do you think this came from?”

I looked at the egg for a moment, and was suddenly overcome with the humor of what I realized she was thinking. As I laughed hysterically, she vocalized what I’d suspected, “Do you think another bird might have flown through the wire and laid an egg in the nesting boxes?”

When I was finally able to compose myself, I explained, “No baby. Sometimes chickens will lay a very tiny egg when it’s their first time laying. We probably just have a hen who is beginning to lay for the first time.”

Excited by her discovery, Jada carefully carried the little egg around to show it to her brothers and sister, who all laughed when they saw it.

Jada then asked me a very good question. “I wonder what the yolk looks like!” “It’s probably very, very tiny,” I said with a smile.

To our surprise, there was no yolk at all! Instead, there was a little piece of what looked like flesh.

I was curious about what might cause a tiny egg like that, and wondered if there was a particular name for it. Here’s what I found out from The Chicken Encyclopedia by Gail Damerow:

yolkless egg / An egg containing no yolk, most often occurring as a pullet’s first effort, produced before her reproductive system is fully geared up. Sometimes a hen will lay a small yolkless egg at the beginning or end of her laying cycle. A yolkless egg may also occur if a bit of reproductive tissue breaks away, stimulating the egg-producing glands to treat it like a yolk and wrap it in albumen, membranes, and a shell as it travels through the oviduct. In place of a yolk, this egg will contain a small particle of grayish tissue. (Also called: cock egg; dwarf egg; no-yolker; wind egg)

The term ‘wind egg’ actually refers to any imperfect egg, and includes those laid without a shell and those that are rotten. Some people even call them fairy eggs (I think that would make a very fun story to tell!).

Who knew we’d have such a fascinating lesson in eggs today?! You just never know what you’re gonna learn.

Have you ever had a chicken lay a ‘wind egg’? What have you heard them called?

19 thoughts on “Wind Eggs: What You Should Know”