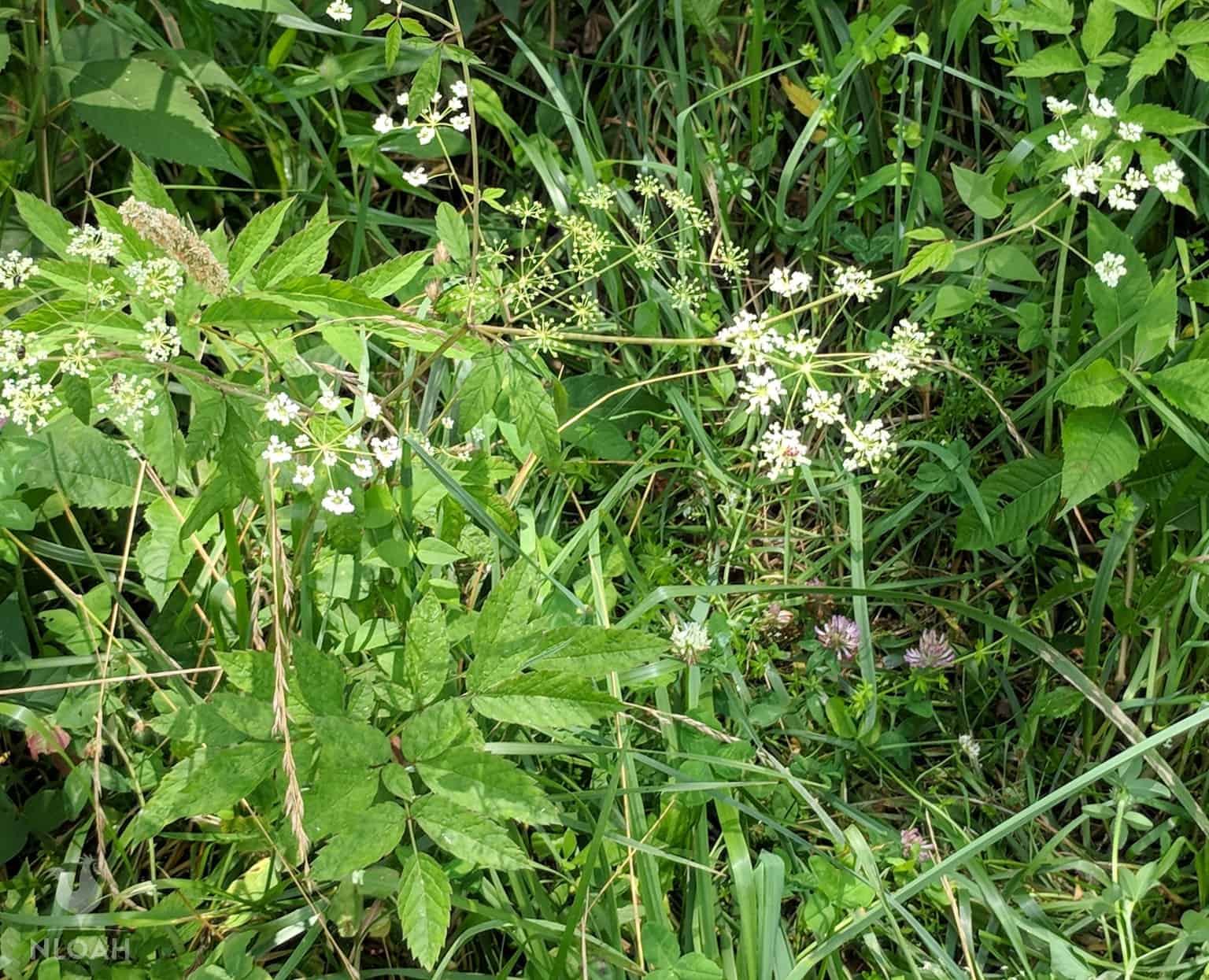 Poison hemlock is a beautiful plant… that WILL kill you. The unseasonably wet winter and spring – followed by flooding in many regions of the United States, has caused this deadly toxic and invasive plant to pop up all around the country.

Once the shock of spotting it on your land wears off, then your real problem begins: getting rid of it.

Poison hemlock goes by many names, names such as California fern, poison parsley or deadly hemlock.

Hemlock is nearly a dead ringer (pun intended) for yarrow and Queen Anne’s Lace – wild carrots. The similarity between both the flowers and the leaves between these beneficial weeds and poison hemlock is why novice foragers are staunchly discouraged from plucking them from the fields and forest edges where they thrive.

What Are Poison Hemlock’s Look-alikes?

There are, however, obvious differences between all these plants, which we’ll talk about below.

Can Poison Hemlock Be Deadly?

Yes, poison hemlock can be deadly, and it is highly recommended you stay away from it. You also shouldn’t feed it to animals. You could see the symptoms appear 30 minutes after you ingest it. All of the parts of poison hemlock are poisonous. More on that here.

This toxic weed is not native to the United States. It is believed to have been brought here from early Europeans to use as an ornamental plant. In addition to Europe, poison hemlock also grows naturally throughout Asia.

During its first year of growth, poison hemlock forms into a rosette and is in what is often called the “vegetable” stage. It is a biennial, and does not flower until the lethal weed is in its second year of growth.

Poison hemlock plants typically range in height from three to eight feet tall, but have been known to grow as high as 12 feet.

Symptoms from poison hemlock exposure usually start appearing within 20 minutes after it is ingested – but the impact of the toxins can take up to three hours to present.

The amount of toxin released from the lethal and invasive weed may vary and be at it highest level on when the plant is growing in a sunny area rather than partial to full shade.

Ingesting the plant by mouth (accidentally eating it through misidentification) is the most dangerous way to ingest its toxin. But, poison hemlock may also toxic when exposing it to the skin only.

Getting rid of poison hemlock is NOT easy. The best time to cut it down is during the early spring before it has bloomed – and then go to work on the roots.

Never, ever, use a weed eater to remove poison hemlock, all of the movement that causes can jiggle the flowers enough to release the toxin – and cause it to be ingested via the eyes and nose of the person attempting to get rid of it.

If the noxious weed is still small, digging it up to eliminate both the root and the plant at the same time is recommended. If the plant is mature or close to maturity, cutting it out using a machete is typically the best action to take.

I personally recommend placing a contractor trash bag over the plant and tying the opening closed to avoid the dislodging of toxin from flowers and seeds during the removal.

Never burn the plant after removing. This will release the toxins into the air – potentially allowing them to infiltrate the eyes, nose, or even the mouth of any person or animal in the immediate vicinity.

Many websites and researchers recommend using chemical products like Monsanto’s RoundupReady ready with glyphosate and similar products that contain the 2,4-D compound to get rid of poison hemlock.

I will not go into detail about any of those options here because I would never use such chemical on our survival homestead. Using those products within 50-feet of a waterway is often discouraged, and that is primarily where poison hemlock grows.

Wild carrots were dubbed Queen Anne’s lace after a story circulated that the queen of England pricked her finger and a drop of her blood fell onto a piece of white lace she was sewing.

It is a biennial wild plant that not only is a wild edible in the carrot family, but boasts roots that even smell like carrots. They were once cultivated as a staple garden vegetable by Romans.

American colonists boiled the roots of Queen Anne’s lace and used them to make wine due to its incredibly high sugar content. The Irish and Hindus used wild carrots as a sweetener in many desserts, especially pudding.

How To Identify Queen Anne’s Lace

Achillea millefolium, or yarrow as it is more commonly known, is a member of the daisy family. The flowers on wild yarrow are white to a pale shade of yellow.

Wild yarrow is most commonly foraged and harvested for its medicinal value. One ancient legend claims Achilles used yarrow poultices to stop the bleeding of wounded soldiers during the battle with Troy.

How to Identify Yarrow

Difference between yarrow and poison hemlock

Some folks also become confused when searching for English daisies when foraging for wild carrots, yarrow, or attempting to avoid poison hemlock. English daisies could possibly resemble the toxic weed from a distance, but their stalks and leaves are entirely different.

The flowers on English daisies all have a solid yellow dot in the middle. Like wild carrots and yarrow, the little daisies prefer full sun, dry soil, and are often spotted in pastures and along the roadside.

Yet another toxic lookalike is Cicuta maculata. See below:

When in doubt, stay away from any plant that could possibly be poison hemlock. In some states, the department of natural resources, farm bureau, or 4-H extension office can offer guidance and perhaps removal assistance if you discover poison hemlock growing on your land.

3 thoughts on “How to Identify Poison Hemlock and its Lookalikes”

"Hi! I'm Kendra. I'm a wife, mother, and homesteader. I love everything that has to do with simple living. I'm a canning instructor, an avid gardener, and a constant learner of old-fashioned skills. Here is where I share it all. Welcome to the adventure!"
How To Store Turnips In The Ground: The Experiment
27 Amazing Indoor Herb Garden Ideas
4 Dirt-Cheap Ways to Ripen Green Tomatoes
Growing Gourds - Everything You Need to Know
How to Grow Sweet Potatoes from A to Z