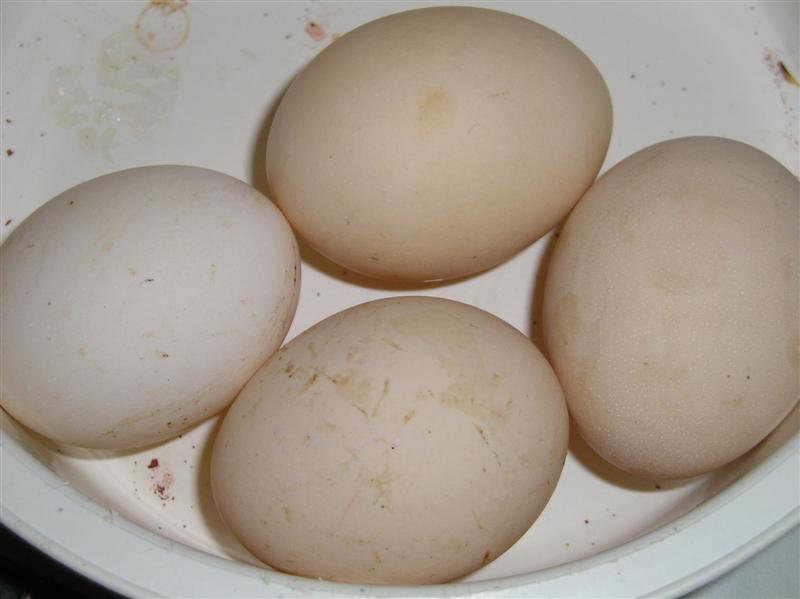 We officially reached a yield of two dozen eggs yesterday. That’s 24 total since the hens started to lay. I know 24 eggs aren’t many, but keep in mind we only have three hens that lay right now 🙂

I’m excited about it anyways. It’s a start. It’s a good start in our journey to living more self sufficiently.

I’ve learned a few things since having my own fresh eggs. First of all, I was under the impression that once they started laying, I could expect to collect an egg every day from each hen. Well, that’s not the case. Mine have been laying every other day sometimes.

And I thought I’d just go out in the morning and collect the eggs from each little lady. Nope. They lay when they want to.

I have to keep checking throughout the day. And I had one hen eat one of her eggs (only one so far), so I have to check often to prevent her from doing that again.

Also, you have to keep their water full. If they run out of water it will effect egg production. Since eggs are mostly made of water, the hen needs a lot to produce well.

I’ve also learned that it’s best not to wash the eggs until you are ready to use them. They have a protective coating on them that makes them last longer if you don’t wash them.

Also, you should never soak your eggs (already did that!) The shells are porous, and soaking will allow bacteria to penetrate the egg. At first I refused to put poopy eggs in my fridge without washing them, but now I just rub them in the grass really good before bringing them inside.

Hopefully we’ll get some more chickens soon. With all the baking I’ve been doing it would be nice if we could get at least 6 eggs per day! Eventually we will.