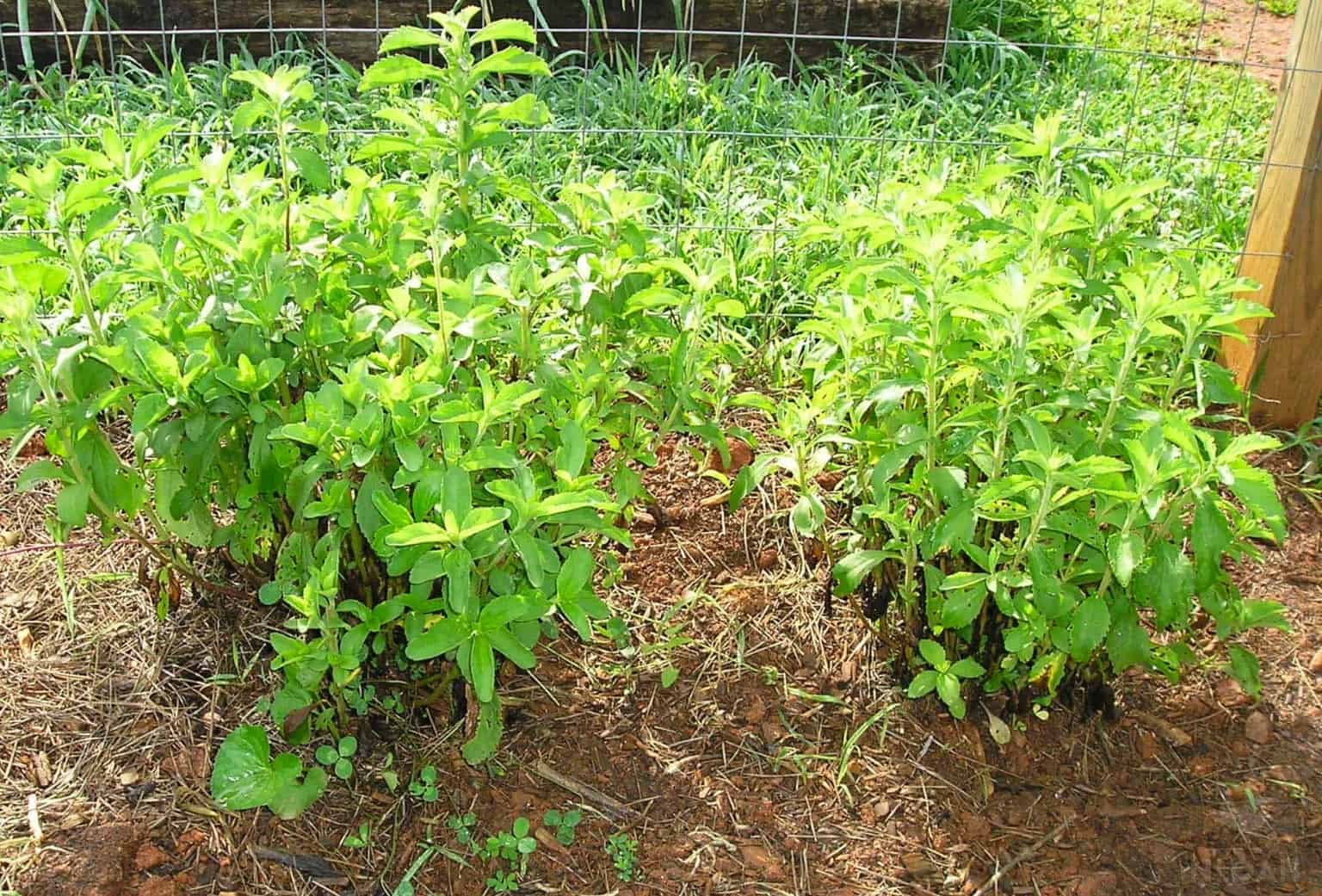 I’m sure we all enjoy a nice, sugary drink every now and then; maybe you like to put loads of sugar in your tea or coffee. Maybe you eat a lot of sugary foods/sweets.

Whatever the case, it’s clear that humans have developed quite the sweet tooth since we first started using sweeteners/sugars in our food and drink.

Unfortunately for us, many of the sweeteners we use are artificial which means they can be very unhealthy.

Well, that’s what we’re looking at here so let’s get into it. Here are 16 plants that are natural sweeteners.

Extracted from Stevia rebaudiana, a plant native to South America, stevia is a popular low-calorie sweetener. The compounds that cause the sweetness are stevioside and rebaudioside which make it 250 to 300 times sweeter than sucrose sugar.

Stevia has a long shelf life, and it comes in a variety of flavors including hazelnut, vanilla, English toffee, cinnamon, chocolate, grape, and lemon.

There is also some evidence that Stevia improves insulin sensitivity and reduces the risk of Type II diabetes and high blood pressure.

Erythritol is a sugar alcohol that’s found in certain fruits and mushrooms, and has a flavor that’s really close to normal sugar, but it has a slight aftertaste.

While there are no effects on blood sugar or insulin levels it can, in high quantities, cause digestive problems like gas and/or diarrhea… Lovely.

Another sugar alcohol, xylitol has a flavor very close to sugar and has been shown to have some dental health benefits – reducing risk of cavities and decay. It also helps to keep your gut healthy.

Of course, as with all things sweet and tasty, xylitol should only ever be used in moderation. Like erythritol, xylitol can cause digestive problems like diarrhea, gas, and cramping among other things.

Something to keep in mind is that this stuff is highly toxic to dogs, so if you have one or two canine guardians you should keep it out of their reach.

Derived from the sap of the maple tree, maple syrup contains zinc, calcium, manganese, and phenol vanillin. It also contains sucrose, glucose, and fructose which means it can affect the blood sugar and insulin levels.

For this reason, it’s a good idea to use maple syrup in moderation… I’d fail miserably at that because I quite like maple syrup.

As far as health benefits go, there are a few different ones. It prevents certain heart disorders and boosts the immune system and male reproductive health.

Another popular sweetener is yacon syrup which is derived from the yacon plant that grows in the Andes Mountain range in South America.

Yacon syrup is high in soluble fiber which feeds the healthy bacteria in the intestine and can prevent constipation. Although, you shouldn’t eat/use too much as it can cause digestive issues.

The Monkfruit plant (Siraitia grosvenorii) is native to Northern China and Thailand, the sweetener has a low sugar content but is 300 times sweeter than sugar. The sweetness comes from nutrients called mogrosides. These nutrients have antioxidants and serves to prevent the formation of cancer cells.

Unfortunately, this stuff can be hard to find and even if you do find some it’s usually very expensive.

Derived from the sap of coconut blossoms, coconut sugar/nectar has one of the lowest sugar content levels in terms of natural sweeteners. It’s packed with antioxidants and minerals which boost blood sugar stability.

Unfortunately, much like the monk fruit sweetener, coconut sugar is a tad on the expensive side despite being easy enough to find at certain health food stores – if you know where to look.

Dates have been used as a sweetener for years and date syrup is very easy to make. To make date syrup, you boil chopped dates and pureeing and squeezing out the liquid.

There are plenty of nutrients in date syrup and there are signs of antibacterial properties but it’s still a form of sugar, so moderation is in order when you use it.

Agave syrup is derived from the sap of the Mexican agave plant, which is then filtered and concentrated into liquid, syrupy goodness. It’s thinner than honey, but is also much sweeter, and has a flavor very close to that of sugar.

Agave syrup is also used to sweeten cold beverages because it dissolves very quickly in liquids.

Barley malt syrup is made by cooking barley malt sprouts, and it has a thick, sticky texture. It’s usually paired with other sweeteners because it’s only half as sweet as sugar and honey. Barley malt syrup has a pleasant flavor which is comparable to other syrups.

Birch syrup… this one’s interesting because it’s not used on pancakes, but it is used – in conjunction with other sweeteners – to flavor foods like pork or fish.

Yes, you read that correctly, this syrup is used for savory dishes. It has a caramel-like flavor with a hint of savory to it, which makes it a popular for these dishes.

50% of sugar in the USA comes from sugar beets. Unfortunately, you don’t get many organic seeds anymore – most of the beets you get nowadays are genetically engineered – but you can find organic seeds in some places. It’s just very difficult.

Syrup seems to be a popular form of natural sweetener, is anyone really surprised? All jokes aside, sorghum syrup is derived from sorghum canes when the juice is pressed out and cooked down to a sweet, thick syrup…yummy!

Sugar cone pines are found from Oregon to Baja, and come from the tallest members of the pine tree family. Like maple and birch, they have sweet sap that can be boiled down to make a sweet, thick syrup.

I’m not even going to try saying this name aloud because I’ll probably butcher it. Glycyrrhizin is a natural sweetener derived from the licorice root. Licorice… do I need to say more?

It has a strong licorice flavor (obviously) which makes it popular for sweets and medicines – I’ll take the sweets and you guys can have the medicine, how’s that sound? It can be used to treat ulcers and coughs but should be used in moderation in order to avoid hypertension.

In Closing – Be Careful with These Things!

Just a word of caution before I leave, be very, very careful when using any of these sweeteners. Being natural doesn’t mean you can eat/use huge quantities of them and some of them may cause some rather unpleasant side-effects (i.e. diarrhea) when used excessively.

Wanting to move to organic, natural sweeteners is great and all, but don’t go crazy with them.

In closing, I hope you guys enjoyed the article and found it informative and/or interesting; maybe it gave you a few ideas to change up some recipes? Anyways, as always, thanks for reading! I’ll see you for the next one.

1 thought on “15 Plants that are Natural Sweeteners”

"Hi! I'm Kendra. I'm a wife, mother, and homesteader. I love everything that has to do with simple living. I'm a canning instructor, an avid gardener, and a constant learner of old-fashioned skills. Here is where I share it all. Welcome to the adventure!"
Harvesting Turnips, Bitter Turnip Tips, and Recipes
Muscadine Grape Vines: What You Should Know
How to Grow Potatoes Step by Step
How To Grow Mustard Greens From Seed
Grow Your Own Tea Garden