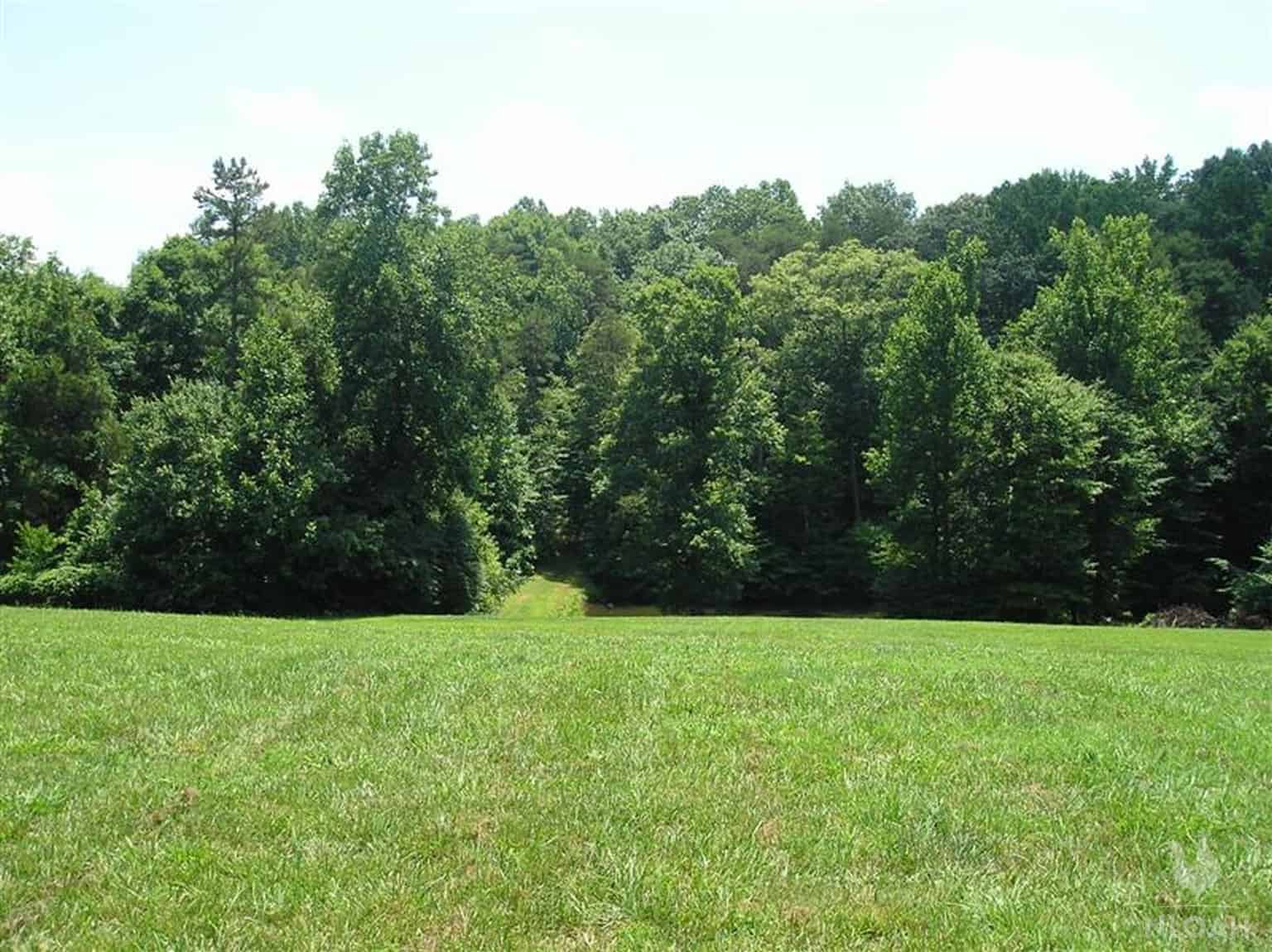 Is it legal to live off-grid in the United States? In most cases, yes – but this isn’t a dream that will work for everyone. It’s a dream that many people have, though. In fact, if you mention to anyone that you live off-grid, most people will gasp and tell you how lucky you are.

They will tell you that they wish that they could break free from their nine to five existence. Many people in the United States have the dream of living off-grid.

After a few minutes, when they have had the time to think about the situation, many will say that they have heard so many stories about people being arrested or fined – since living off-grid is illegal.

Is It Illegal to Live Off-grid in the United States?

No, it is not illegal to live off-grid in the United States. However every location, rural or urban, is subject to both national and local legislation. You’ll be in trouble regardless of whether you are living off grid or not if you don’t follow those laws.

This is where the situation becomes complex and somewhat difficult to navigate. Not only does legislation vary by state but also differs in individual municipalities and counties across the United States.

Let us have a look at the legislation that affects this popular lifestyle choice in the United States.

At first glance, it would appear that there is plenty of land in the United States – plenty to go around! With plenty of unused land available, why put up a fence and park your RV as a base to live?

Better still, you can build a house to live that idyllic off-grid lifestyle. This sounds so simple, yet rarely in life are things so simple.

Each state has differing zoning restrictions that affect where a property is built in addition to what can be built. In several states, it is illegal to even park your RV on a plot of land while you build a house.

Obviously, of course, it is going to be illegal in most places to park your RV on a plot of land that you don’t own – but in many places, you can’t even park it on land that you’ve bought and paid for.

The size, specifications, and intended use of any building are also subject to restrictions. Detailed plans are required by planning departments before they issue a certificate that will authorize construction.

Once a permit to build is issued, the local authority will regularly inspect the construction to ensure that international building codes are being adhered to.

Building a property without a certificate can result in any property being declared illegal. If a building is considered illegal, a citation could be issued for the building to be demolished. You also might be faced with several types of fines.

For those with a property in a residential area that has an existing electricity connection, it is illegal in many states to disconnect from the power grid.

There is the option to install an alternative supply such as solar or wind, which can be integrated into the existing supply. Remote properties will most likely have no electric utilities nearby.

In these locations, solar, wind turbines, and gas-powered generators will likely become the most realistic possibility. Most states will allow these alternative supplies – and some even encourage and incentivize this.

However, most have legislation that regulates the specifications of the system and its installation.

Although DIY systems are often accepted, the equipment used must be manufactured to specifications so that they are fit for the intended purpose.

A constant freshwater supply is essential for everyone, no matter where they live.

Some states legislate that every property should be connected to a regulated supply network.

Others stipulate that if a connection to such a supply is not possible, a sustainable supply of suitable water should be available.

This will normally be rigorously enforced, especially if children will be living in the property permanently.

Constructing a well to draw water from the local water table is a possibility in some rural areas. You may have to hire a company to drill that well, though – often, you’re not allowed to tap into this resource yourself.

Although this may sound like a simple task, legislation in some states dictate how a well must be constructed to ensure that there is no risk of contamination. There can even be restrictions in drawing water from certain aquifers, especially if you live in an area prone to drought.

Rainwater harvesting sounds like the perfect solution to this quandary, especially in states that experience good levels of rainfall.

Some states restrict the quantities of rainwater you collect (or how) and require certain storage facilities to be provided. Other places encourage and often incentivize this activity.

The fact that it falls on your land does not necessarily give the landowners the right to it – an irony that many landowners are not aware of.

As rain falls, it passes through the land along with the supply streams, rivers, and reservoirs. Subsequently, the owners of all of these areas or even the state have a legal right to this resource, not just you.

Ancient water rights that apply to some land can be complicated and often restrictive.

Once a property has an adequate water supply, it needs a way to dispose of the wastewater.

Water from sinks and showers can be filtered and used for plant irrigation and some household uses such as flushing toilets.

It is the wastewater or sewage that comes from toilets that is the most regulated issue in most states. The legislation covers the design, construction, operation, and location of the sewage system.

In addition to these restrictions, many states require systems to be installed and supported by licensed contractors. Because of this, it’s no good digging a hole away from the house to dispose of the sewage.

Chemical toilets can, in some circumstances, be an option. However, if children are permanently living on-site, public health inspectors will condemn these as illegal due to health and safety regulations. Yet another reason why it’s so important to do your research, especially if you have kids.

Local authorities will also want to know what activities are to be undertaken on the land.

Growing fruit and vegetables for your own use is normally no problem in most states.

The situation changes when the intention is to also supply or sell products to others. Regular health inspections will be needed to issue a seller permit before this activity can become legal.

Often, you cannot sell products that have been processed in any way unless you have an inspected kitchen (these products might include things like jams, preserves, or pickles).

How fantastic to be able to keep chickens for meat and fresh eggs, goats for milk and cheese, or indeed any of the other animals that can supply a variety of fresh food! However, if the land is close to other properties, most states will declare this activity illegal.

Remote properties can raise animals legally, provided the land has been classified as a zone suitable for agricultural use.

Be careful of the scale, though – certain levels of grain that are stored could cause the FDA to consider the property a commercial farm and impose the legal conditions that are relevant for this use.

Is it illegal to live off-grid in the United States? Although it’s not illegal in most cases, there are certain things you might do off-grid that could violate local and national regulations.

Violate these regulations, and then it is possible to be arrested or taken to court to address the issues.

Some states actively encourage off-grid living while others have all kinds of restrictions in place that make it tough to do. Generally, legislation falls into several areas:

The best course of action for anyone considering this alternative lifestyle is to investigate what laws are in force in the area that they wish to live n. Declaring ignorance to a law is not a defense.

The differing legislation may be confusing and frustrating for many. However, restrictions are important since they aim to protect the delicate balance of nature and, indeed, the community.

2 thoughts on “Is it Illegal to Live Off-Grid in the United States?”

"Hi! I'm Kendra. I'm a wife, mother, and homesteader. I love everything that has to do with simple living. I'm a canning instructor, an avid gardener, and a constant learner of old-fashioned skills. Here is where I share it all. Welcome to the adventure!"
18 Homesteading Mistakes I’m Too Embarrassed To Admit
30 Cream of Tartar Uses That Will Surprise You
17 Things to Do With Grass Clippings!
93 Darn Useful Homesteading Tips and Tricks
Do Solar Panels and Chargers Work Indoors?