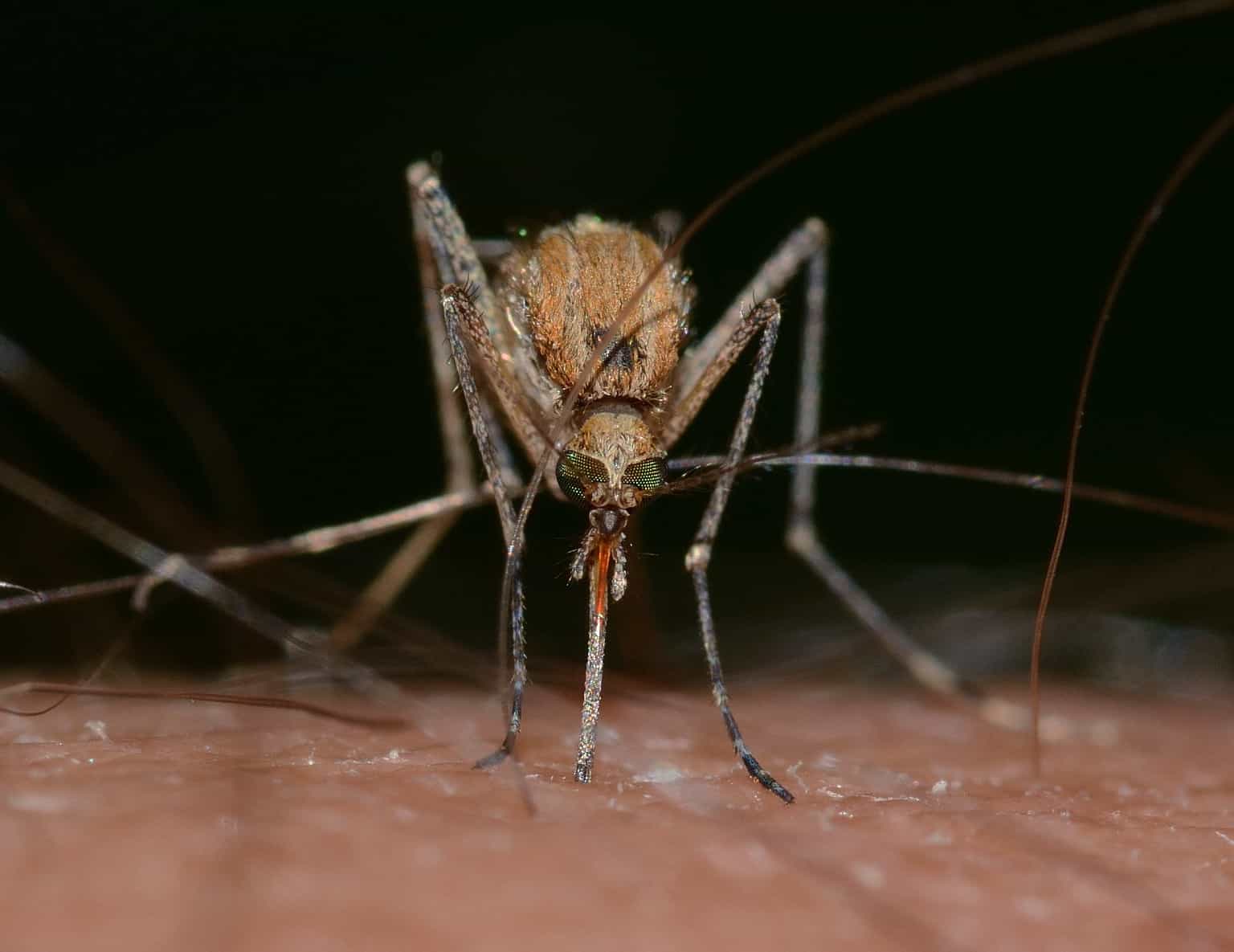 Mosquitoes, biting flies, and other pest insects are always around and ready to ruin your time outdoors, whatever you happen to be doing out there.

Fending them off seems like a full-time job, but lately there has been an uproar about relief from an unlikely source.

There seems to be a growing clamor around the internet claiming that Irish spring soap will effectively repel mosquitoes and flies. Is it true?

No, there isn’t much verifiable evidence that Irish spring can effectively repel mosquitoes, flies, or other insects. Though some ingredients in Irish spring are used in various commercial insect repellents, they are not present in quantities great enough to reliably repulse these insects.

Well, chalk up another one for the internet hype machine. Lacking verified laboratory evidence and successes under repeatable field conditions, I’m going to stick with proven options instead of common deodorant body soap. It would have been nice if it worked, though.

Despite this, let’s look into the matter a little bit further, and see if there isn’t a grain of truth in this claim.

I think it is a good idea to snuff out one blanket assertion right up front. Some detractors of this claim assert that no soap is capable of repelling insects, and that just isn’t true.

There are ingredients in some soaps that can repel insects, under the right circumstances.

DEET is the most common insect repellent ingredient found in bug sprays today, but it was actually first synthesized for use as a soap additive.

In fact, soap is still used as a delivery system for DEET in the case of certain specialty soaps that are designed as bug repellents. Some of these soaps even use all-natural ingredients, whereas others use modern, synthetic ones.

For instance, pyrethrin. Pyrethrin is another ingredient found in both bug sprays and some soaps that can be effective at repelling insects.

Pyrethrin is derived from certain chrysanthemum flowers, and when present in high enough concentrations, it can be effective at repelling or killing a variety of insects.

So, there are some soaps that can have an insect-repelling effect, but by design. But that begs the question, is it possible Irish Spring soap contains enough of any such ingredient to make a tangible difference in the “approach rate” of insects? Sadly, no.

The Ingredients of Irish Spring Don’t Show Much Promise, However

All soaps, Irish Spring included, are made with some combination of fats, oils and alkalis.

The fats and oils are what make up the soap part of the equation, while the alkalis are used to saponify the fats and oils, i.e. actually turn them into soap.

The main difference between different kinds of soap is what kind of fats or oils are used in the recipe.

Different fats have different properties that can be exploited to create different kinds of soaps.

For instance, olive oil is a popular choice for making “gentle” soaps that won’t dry out your skin. Coconut oil, on the other hand, is often used in higher-quality soaps because it produces a more luxurious lather.

So, what kind of fats or oils are used to make Irish Spring soap? According to the Irish Spring website, the recipe includes “tallow, sodium tallowate, sodium palmitate, and sodium cocoate.” Tallow is a rendered form of beef or mutton fat.

It’s what gives soap that “soapy” smell that you remember from your childhood. Sodium tallowate is just tallow with some of the water removed and replaced with sodium.

But while Irish Spring soap contains some of the same ingredients as commercial insect repellents, they are present in far smaller quantities and don’t persist on the skin in any quantity even close enough to providing an effective defense.

What about the Anecdotal Evidence?

In fact, it’s hard to find any hard data on Irish Spring soap being used as an insect repellent anywhere on the internet, apart from various comments and user videos on websites here and there.

A quick search provides plenty of claims, but not much proof that can be independently verified.

In fact, the opposite seems to be true, with plenty of scientists, outdoor professionals, and other parties shooting the idea down with prejudice.

Anecdotal evidence can be worthwhile when you accumulate enough of it, but so many of the people shouting the miraculous ability of Irish Spring to repel insects are trying awfully hard to sell the idea.

And before you defend them, claiming they have nothing to gain from such behavior, keep in mind that attention is the currency of the internet realm, and all those views, clicks, and likes can add up to real-world money. Sometimes a lot of it…

Like most fads, no matter how stupid, if something is popular and people are talking about it will invariably lead to more and more people talking about it and then plenty of people who want to profit off of it.

I get it; I would do anything that would have any chance of keeping those biting bastards off of me.

But as it turns out, Irish Spring and other scented soaps or lotions might be doing the opposite, the equivalent of painting a bullseye on our backs.

The referenced data did not test Irish Spring soap specifically, but it did test a number of popular soaps and other products.

The researchers found that mosquitoes are highly attracted to chemicals used as fragrance ingredients in many common hygiene products.

In fact, it was discovered that mosquitoes were far more likely to land on skin that had the fragrance chemicals on it. Bad news!

Now, this is not to say that Irish Spring will have that same effect, but do you really think it will repel mosquitoes?

Irish Spring Can Keep Pest Mammals Away from Gardens

Now, before we dismiss the notion that Irish Spring is merely scented soap and nothing more, there is one thing you should know.

As it turns out, Irish Spring does, in fact, have some pest repellent capability. Just not in the way you might think.

For some years, gardeners and homesteaders have known that placing Irish Spring soap in areas where deer, rabbits, or other mammals are a problem will often lead to those animals avoiding the area.

The scent of the soap is enough to put them off their feed, so to speak.

I myself can confirm as much: I grew up smack in the middle of rural Kentucky where farming and gardening were as common as anything.

Neighbors and family alike, when faced with mammalian intrusion upon their garden, would bust out a bar of new Irish Spring, and shave it into splinters before hanging small sachets of it around the perimeter of the garden.

And that was much of the time problem solved, believe it or not. So, there you have it.

Irish Spring soap might not be effective at keeping bugs away from your skin, but it could very well do the trick when it comes to keeping deer out of your garden.

Don’t Depend on Irish Spring as Protection from Biting Insects

So, bottom line, you should not count on Irish Spring soap as any kind of effective protection from biting insects like mosquitoes, gnats, no-see-ums, sand flies, or anything else.

It conceivably might work in certain circumstances, somehow, but there are much better options out there for insect defense that will give you the protection you need without smelling like grandpa’s aftershave.

And, like most other scented body care products, it might just do the opposite and attract the bugs.

"Hi! I'm Kendra. I'm a wife, mother, and homesteader. I love everything that has to do with simple living. I'm a canning instructor, an avid gardener, and a constant learner of old-fashioned skills. Here is where I share it all. Welcome to the adventure!"
So, Does Irish Spring Soap Repel Chipmunks?
10 Chicken Predators and How to Keep Them at Bay
So, Does Irish Spring Soap Repel Rabbits?
The Most Deadly Predators On The Homestead
How to Control and Get Rid of Kissing (Assassin) Bugs