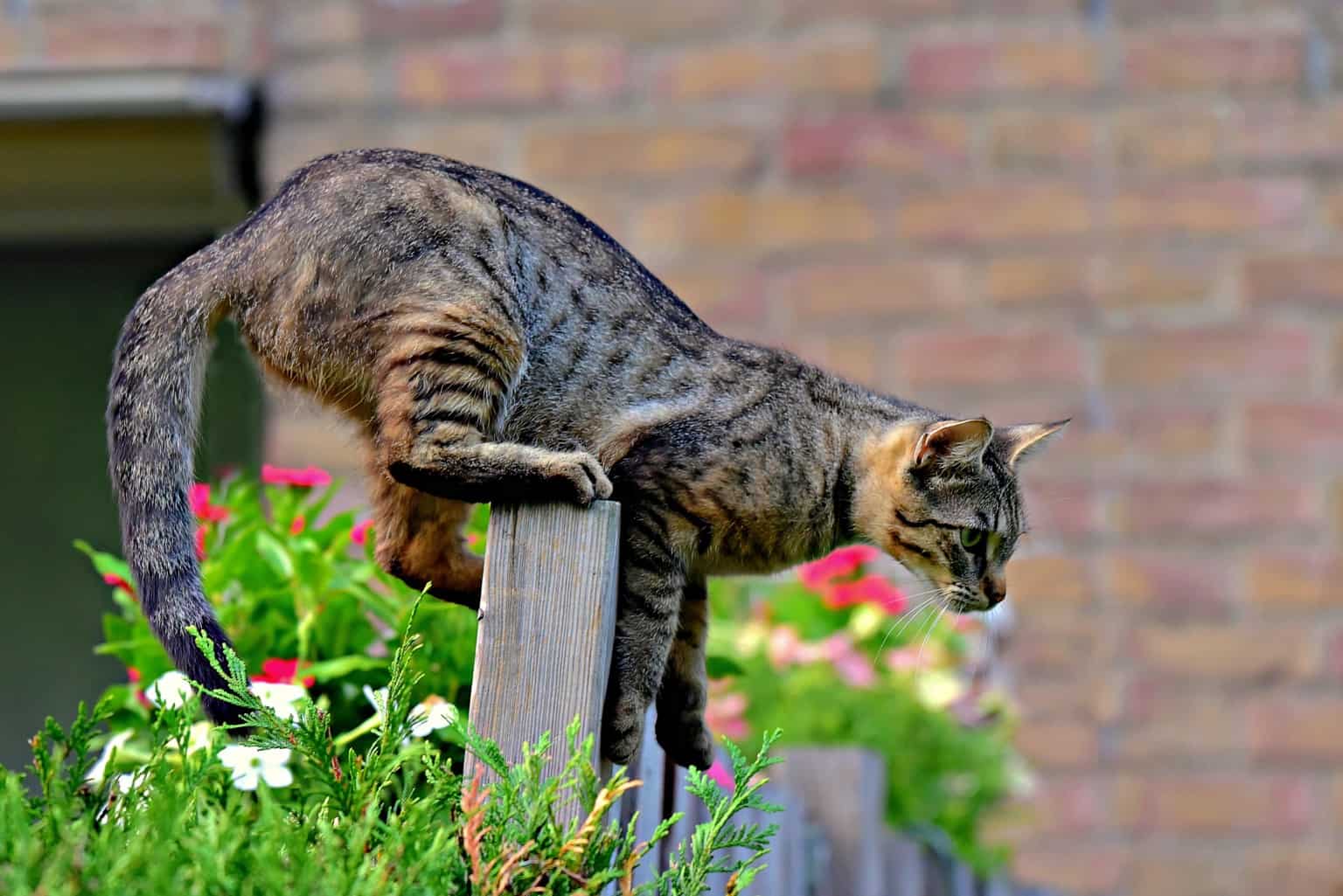 Cats are cute, clever, and very adventurous. They also happen to be apex predators in their size category wherever they are found, and feral cats or indoor cats that are allowed to roam without any restrictions are single-handedly responsible for decimating entire populations of birds, rodents, and insects.

Naturally, you would want to keep unknown and unwanted cats off of your property. But how?

You don’t want to risk dispatching someone’s pet or traumatizing your children or partner by killing them, but you definitely don’t want to put up with their incursions either.

Some people say you can use nothing more than a bar of Irish Spring to deter cats from coming near. Is it true? Will Irish Spring repel cats?

Yes, the fragrance of Irish Spring does have a deterrent effect on cats. Not all cats will be affected by the smell of Irish Spring, and it may not deter them forever but it will work at least some of the time.

I don’t know about you but I think this is pretty fascinating. Cats are highly intelligent and known both for their aloofness and their boldness during their travels.

I am on board with anything that could possibly repel them without hurting them and especially if it won’t break the bank or scatter toxic chemicals around my property. Keep reading to learn more.

How is Irish Spring Supposed to Repel Cats?

Apparently, it all comes down to the fragrance of the soap. It turns out there is plenty of anecdotal evidence that suggests many mammals and even some reptiles are repulsed by the fragrance of Irish Spring.

This makes a certain amount of sense when you consider how delicate and highly refined the noses of cats are. Irish Spring has a fragrance that is so fresh and bold it is borderline offensive, so no wonder it would upset a cat.

Other theories abound too. Some folks reckon that cats, especially wild cats, discern any major change in their environment of any kind as cause for concern and will choose to withdraw rather than investigate. I think it makes sense to a degree because a new, bold odor might indicate danger.

Then there’s another theory that says that all animals that fear humans, and most do, have by now associated common smells like soap and other fragrances directly with people, and people mean danger.

Whatever the case, there is at least a significant fraction of the cat population that will steer clear of Irish Spring when they smell it, and that is good enough for our purposes.

No. however much they might dislike the aroma of Irish Spring is not harmful to cats. It isn’t releasing some vapor that will injure them and it isn’t some poison that will harm them just because they come near.

You can place Irish Spring around your property and home as a cat deterrent without fear of harming any wayward felines.

Cats really shouldn’t eat Irish Spring soap. I mean to say, it isn’t good for them if they do eat it, but I don’t think you need to worry about any cat-eating soap.

It tastes absolutely revolting to mammals and they are already so dissuaded by the smell I think it is nearly out of the question.

That being said, pretty much every animal at some point eats something that it really shouldn’t, for whatever reason, so you might want to take pains to ensure a cat couldn’t eat it even if they get close to it. A large quantity of soap could prove toxic if ingested.

How Can You Use Irish Spring to Keep Cats Out of Your Yard?

Since it is the aroma of Irish Spring that affects cats so much, we want to maximize the amount of odor that is in the air from the soap. To do this, we should dice the soap up into small cubes or even grate it on a cheese grater into slivers.

Then, simply scatter these pieces around the perimeter of your home, garden, or any other property feature that you want to keep cats away from.

Alternately you can load them into a tea sachet, sock, or other cloth bags that will still allow the smell to permeate.

Once that is done, you should be all set, but you do need to keep in mind that the soap won’t last forever and as the fragrance degrades so will its effectiveness at keeping cats away.

Depending on how much direct sunlight and rain your soap “repellent” gets, you’ll need to replace the Irish Spring once every week or two.

Cats are Adaptable and Might Get Used to the Smell

There is another wrinkle in this plan: Cats are domestic animals, or semi-domesticated depending on who you ask.

This means they are quite used to human activity and all of the quirks and perks that come with living alongside or just near humans.

This certainly includes human odors, not just our own body odor but also all of the things that we douse our bodies with.

So, of all kinds, certainly fits into this category and though individual cats, or even most cats, might find Irish Spring offensive it might not be enough to truly deter them in some cases.

Furthermore, it is far from out of the question that these adaptable felines could readily grow used to the smell if it is in quest of another objective, particularly food or live prey.

It is for this reason that you’ll always need to keep an eye out for clever cats, and you should make it a point to use Irish Spring in this way as only a component in a comprehensive plan of deterrence.