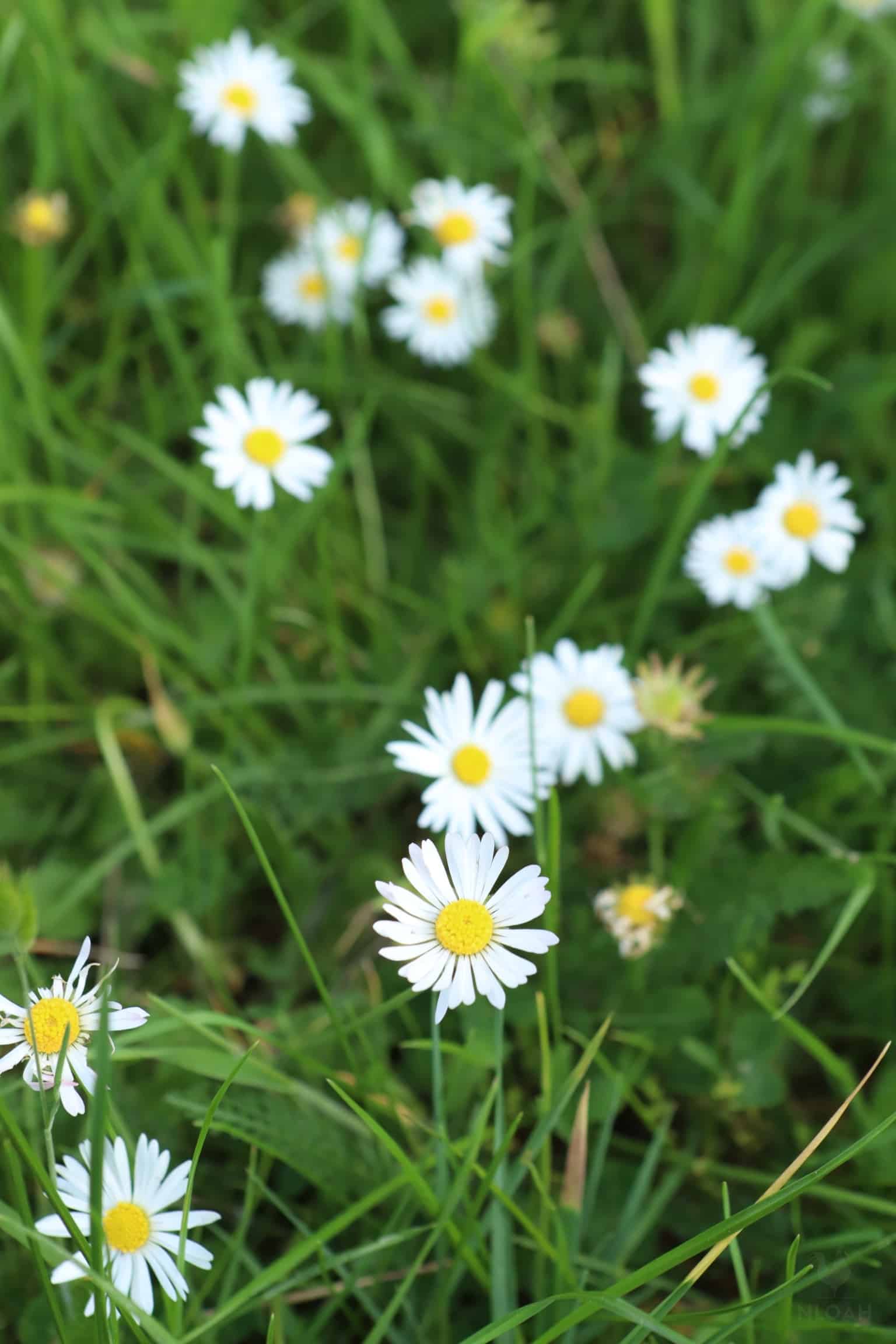 Daisies have always been my favorite flower, but filling a cool vintage milk pitcher I scored at a yard sale for $1 was not my objective as I trudged through a way too muddy hayfield recently.

Daisies are far more than just a pretty weed, they boast a host of medicinal benefits and have been used for centuries in natural remedies. For reasons that I still cannot fathom, the common daisy has remained solidly overlooked by fans of both home remedies and wild edibles.

The History Of Daisies

The Ox-Eye, chamomile, and shasta daisies are the common variety of “weed” that we’re all most likely to encounter in a field or roadside. It is native to the British Isles, parts of Russia, and Europe. This type of daisy is also commonly referred to as the Dun Daisy and Maudlin Wort.

Likely because daisies tend to grow in pastures or fields (and that is where armies typically lined up for battle), the humble weeds became a favorite among early medics serving in the Roman army.

The Roman battlefield doctors would soak their cloth bandages in a juice they made from the daisy plant, then wrap it around the wounds of the soldiers. Since calendula, witch hazel, and Arnica are all closely related to the daisy plant, it shouldn’t come as any surprise that the little beauty is also a superb wound healer.

Some herbalists refer to daisies as the “poor man’s arnica.” If you have ever browsed for arnica, you already know purchasing it requires digging a little deeply into your wallet.
During the Crusades, soldiers would use a salve or tincture made from daisies to treat the pain they suffered from various types of injuries and wounds – up to and including broken bones. Henry VIII ate plates of daisies on a regular basis to treat his stomach ulcers.

The Iroquois used the daisy tea to make a fever reducing remedy from the plant’s leaves and flowers. Early British healers used daisy leaves to make a tea to treat whooping cough and other common coughs.

John Gerard, a herbalist from the 16th century, was known to recommend the use of daisies for treating not only bruises, inflammation, and wounds, but a plethora of other health conditions as well:

The Ox-Eye daisy was introduced onto our continent hundreds of years ago, and now grows freely, some say invasively, just about everywhere.

The daisy’s Latin name is Chrysanthemum leucanthemum. Daisies can typically grow to up to 2 feet tall, but in exceptionally fertile soil can reach heights of 3 feet.

The prime daisy foraging time is in the early spring before they flower, if searching for the “weed” solely for food purposes. In the summer and early fall when all of the lower petals and center have dried up and fallen off, more basal rosette greens will begin growing.

What’s In A Daisy?

How To Grow Daisies

2. They prefer rich yet moist and well-draining soil

3. Start your seeds in a cold frame in February or in seed containers indoor starting about the same time of the year – depending upon the climate in your area.

4. Allow the seeds to grow in their starter containers until late spring, and then divide for hardening off to prepare for outdoor transplanting.

5. The plants will most likely bloom the following spring if the seeds are sown directly into the ground.

6. If cultivating daisies from starter plants, do not place them outdoors until the last threat of frost has passed.

7. The hole diameter for the daisy seeds being planted directly into the ground between 12 and 15 inches deep.

8. The whole for plants should be twice its own diameter.

9. Daisy seeds should be covered by a layer of composting material.

11. If transplanting whole plants into the ground, make sure the root ball of the daisy is level with the surface.

12. Pack over top of the root ball firmly yet gently with soil and composting material.

13. Water after transplanting starter plants or putting seeds into soil.

14. If rainfall drops below 1 inch per week, water the daisy seeds and starts.

15. The daisy plants will need to be divided about every 3 years in order to thrive, and not overly tax the soil where they were planted.

If the bugs are biting, infuse some daisy leaves and pour it into a spray bottle. The mixture can be used both on the skin and around the area where you are sitting to deter insects.

The seed casings of daisies contain pyrethrins that can be used as an organic pesticide. Boil the casings of about 2 cups of seeds in 2 cups of water and use it as a spray once it is cool enough to touch.

Pyrethrins are a mixture of six different chemicals that are highly toxic to most insects. They are commonly used in natural pesticides created to thwart flies, mosquitoes, ants, and moths – just to name a few.

The leaves of a daisy have a somewhat mildly bitter or even sour taste. All parts of the daisy are believed to be edible except the mature roots.

We pickled a delicious daisy mixture recently, and tasted it over the weekend when some of our family members came over for a cookout. The recipe is as simple as it is tasty.

There’s a huge number of daisy recipes you can try. We’ll be adding a lot of them here on NLOAH in separate articles, but for now here’s a list of the easiest ones I’m sure you’ll enjoy:

Have you eaten or used daisies before? Let us know your favorite recipe in the comments below.

1 thought on “How To Grow And Use Daisies”