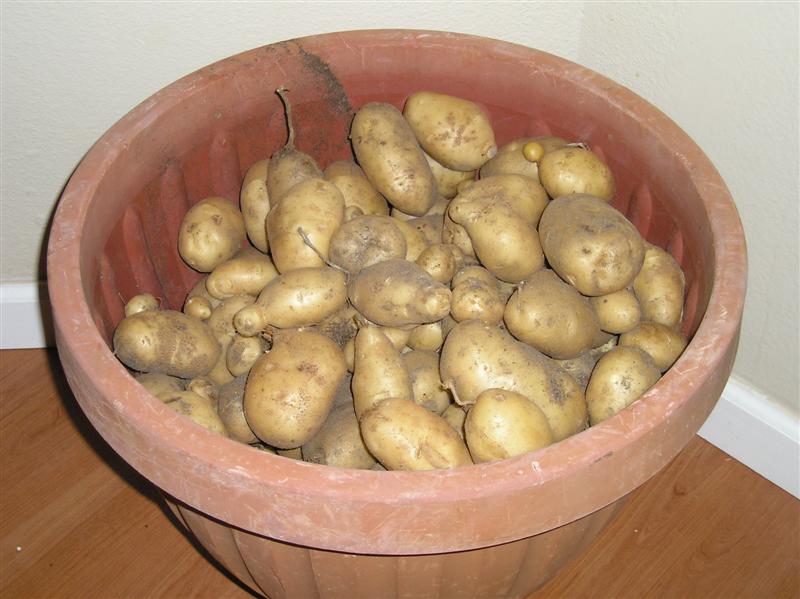 I finally harvested the last of my potato crop. If you remember, this year I planted some potatoes in trash cans, and planted some in traditional garden rows.

The trash cans didn’t do as well as I’d hoped, so I was anxious to see how the rows would do.

Well, I’m happy to report that the potatoes I’d planted in rows did the BEST of anything I’ve ever tried. We had such a great harvest!! It was about 40 lbs. of potatoes. 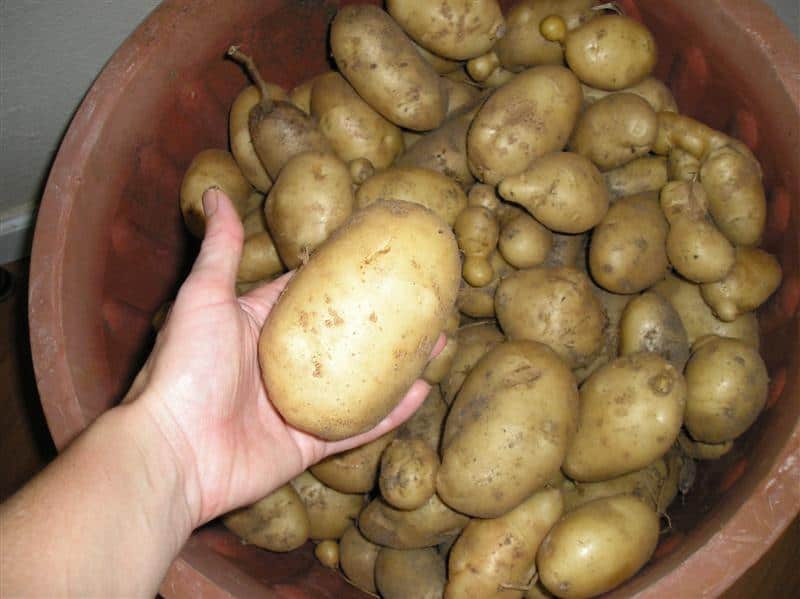 And they were good sized potatoes, too! Woo-hoo!

We’d planted seed potatoes about a foot apart, then covered them with just enough dirt to keep the light from reaching the potatoes. Then as they grew, we covered the plants with more dirt, mounding them up. After I ran out of good soil, I used grass clipping and straw to continue mounding over several weeks.

As I was digging the new potatoes up, I noticed that they had only grown in the dirt, not in the grass clippings (even though I’d read that you can mound with any organic material). I thought that was interesting. It makes sense, though, that since the potato tubers grow on the roots of the plant that they would do best growing in soil. Next year, I will mound my rows with only dirt. I expect that will increase my next harvest.

Which method of planting potatoes has worked best for you?

"Hi! I'm Kendra. I'm a wife, mother, and homesteader. I love everything that has to do with simple living. I'm a canning instructor, an avid gardener, and a constant learner of old-fashioned skills. Here is where I share it all. Welcome to the adventure!"
28 Winter Chores To Do Before Your Spring Garden
How To Eradicate Brown Rot In Your Garden
Stinging Nettles - Everything You Need to Know
So, How Much Sun Does Spinach Need?
Companion Planting Alliums - The Onion Family