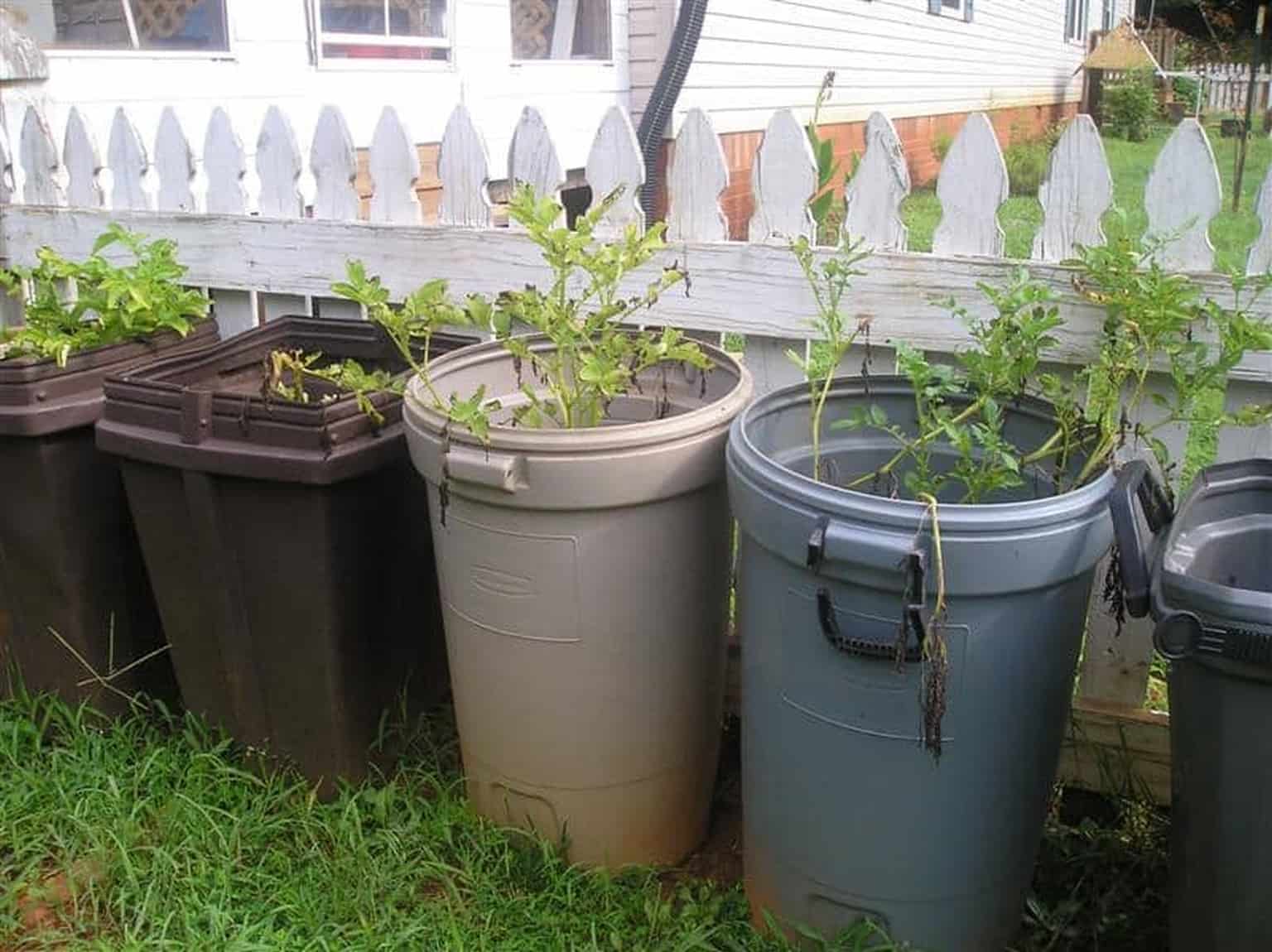 I noticed that some of the potato plants in my trash cans had started to die back, so yesterday I decided it was time to harvest them. This was my first attempt at growing potatoes like this, and I couldn’t wait to see how they’d done!

I probably should have waited ’til the plants had all died completely back, but I was afraid I’d wait too long and the potatoes would rot.

I was grateful that most of the trash cans were on wheels, ’cause they were very heavy and I needed to pull them next to my compost pile to dump them out.

I’ve heard stories of people dumping their cans over to unearth dozens and dozens of beautiful, huge potatoes. This was the image I had in my mind, though I knew better than to count on it.

As I continued dumping the trash cans over and digging through the dirt in search of new spuds, I came across several shriveled potato skins that were crawling with tiny little insects.

After sifting with my hands and a pitch fork through five trash cans’ worth of dirt, I ended up with 4 1/2 pounds of good potatoes:

Could have been worse, right? I’m excited about these potatoes, though. This is the best I’ve done so far.

I really think I just harvested too early. I still have my rows of potatoes, which I’m leaving alone until the plants completely die back. I’m anxious to see how they’ve done as well.

I like the trash can method ’cause it’s much easier to cover the plants with grass clippings or straw as they grow. But if my rows do significantly better, I may stick to the traditional growing method.

Have you tried growing potatoes in trash cans? How did it go?