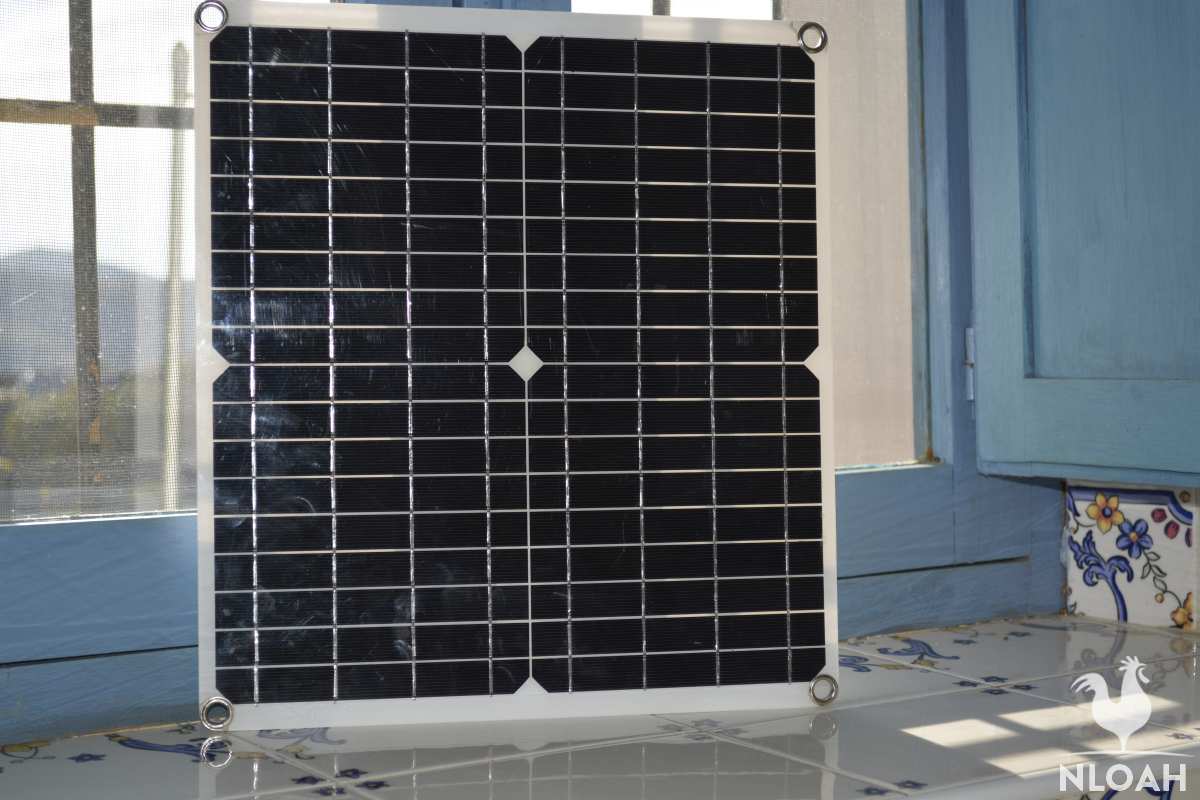 Solar panels are an almost free way to generate electricity, but in some cases, you don’t want to keep your panels outdoors. This could obviously lead to efficiency issues, which is what I want to investigate and test out in what follows.

The question I’m trying to find and answer to today is: Do solar panels and chargers work indoors?

Yes, they can work indoors, although not as efficiently as outdoors. Solar panels are made for outdoor use, but they can work if set up near a window. They can also work under indoor lights, but that’s not efficient at all – or useful.

Electricity is created by photovoltaic cells that are exposed to light. The light does not necessarily need to be direct sunlight.

It is possible to use solar panels and chargers indoors in two different ways. They can be used by placing them in the light that is entering through the windows. They can also work by exposing them to the light from certain types of light bulbs.

To understand this effect, let’s first look at how they work behind the glass. We can then see how they function when exposed to the light from light bulbs.

Several factors can affect how productive these devices will be when placed in a window. These factors include orientation, reflection and refraction effects, the effects of shading, and the temperature.

When placing panels outside in the Northern Hemisphere, they are normally installed facing south. When installed in this direction, they will be exposed to the largest amount of direct sunlight. If they are positioned facing east or west, they could become between 20% to 40% less efficient.

To gain the most power from these solar devices, they need the maximum number of photons to reach them.

Glass does not allow all the photons to pass through, a certain amount will be reflected outside. The photons that pass through the glass will be slowed down and their direction will be altered.

This effect is known as refraction. Refracted photons have the effect of changing the orientation of the panel to the sun and will reduce their efficiency.

Tinted glass will increase the number of photons that are reflected.

The Effects of Shade

Windows offer a restrictive opening for the light to enter as the sun moves the frame of the window can create a shade to pass over the panel. The shade will reduce the amount of electricity generated.

During the nighttime, we light our homes with light bulbs. Is this ambient lighting a suitable source to create electricity in a solar device? Yes – however, several factors affect their efficiency when used in this way.

Our eyes tell us that the level of light indoors is like the levels outside. In reality, there is a huge difference between the light levels.

Lux levels are a method of quantifying the levels of light that enter the eye. Using Lux levels, it is possible to measure the difference. We would expect exterior light to measure approximately 100,000. 1,000 could be seen as the order of the level of light that would be found indoors.

Color of the Emitted Light

The sun emits light that covers the whole spectrum from blue to red, and into the infrared range. Interior lighting has a restricted range of the spectrum.

Solar panels are sensitive to the light spectrum and produce different levels of electricity from different colors of light.

The Size of the Panel or Device

Solar panels are constructed by combining a series of photovoltaic cells that each produce approximately 0.5 Volts.

Some panels for outside use will have 60 cells to create a usable voltage. This size is impractical for use indoors. It is simply too large.

Defects introduced to the panel as part of the construction process will reduce its efficiency when exposed to low-intensity light indoors.

Types of Bulb with the Most Power for Indoors Solar Devices

So, what light bulbs can produce the best wavelength and intensity of light that can be used to power a solar panel? Here are a few options for you to consider.

An incandescent light bulb produces light from an electric current that passes through a fine wire. This is in a sealed glass chamber holding certain, specific types of glasses.

The light produced by these bulbs is close to the ultraviolet light from the sun. Provided that the light is bright enough, the lamp will produce electricity in a solar cell.

The bulb, or in some cases, several bulbs, will need to be supported and suspended approximately 20 inches from the panel. They must be 100w or more for increased efficiency.

Light-emitting diodes within the LED bulb produce light when connected to an electricity supply. The more diodes within the light the higher the intensity of light is produced. This type of bulb is more energy efficient.

The light produced from these bulbs is in the long infrared and ultraviolet range. This wavelength is like that produced by the sun, and will produce electricity in a solar cell.

An LED bulb or several bulbs should also be suspended approximately 20 inches above the cell.

Which Bulb is Best to Use?

The LED style of bulb will generate a wider spectrum of light and use less energy to achieve the same intensity, making this a slightly better choice for the vast majority of people.

The smallest bulb size needed to generate power efficiently would be:

Both bulbs will produce the same 1600 Lumens of light – however, the LED will consume less power.

Does This Really Work?

There are several smaller devices whose power requirements allow them to function from the power produced from an indoor solar panel:

The leisure and camping industry has encouraged the development of devices that incorporate solar panels.

This simple design also means that they will also function indoors by placing them by a window or exposing them to the light from a light bulb. Using them in this way may take longer to achieve a full charge compared to when they are directly exposed to the sun, but it works.

So do solar panels and chargers work indoors? Again, the answer is yes – but here’s a quick recap of why and how.

Solar panels and chargers work best indoors when placed in a window in full view of the sun. However, they may also produce electricity when exposed to the light that is emitted by interior lights.

These devices will create electricity indoors; however, due to limitations, they are not always the most efficient. But, this degree of inefficiency can perhaps be offset against their green environment credentials and the convenience of charging low voltage items in this way.

The size of the panels and chargers that are normally used indoors is a factor that limits the amount of electricity that will be generated.

Electricity production is also limited by the reduced intensity and frequency of the light that is found indoors. Not all light bulbs are the same. The more modern style of light bulb will produce increased levels of the light needed for solar devices. They will also produce their light more efficiently.

Solar panels and chargers do work indoors. They will still produce power through a window even if there is no sun, although a reduced amount. Powering from a light bulb or several light bulbs does not need the sun at all.

Provided that we remember that there are limitations to their capability, the electricity that they do supply is very useful.

9 thoughts on “Do Solar Panels and Chargers Work Indoors?”