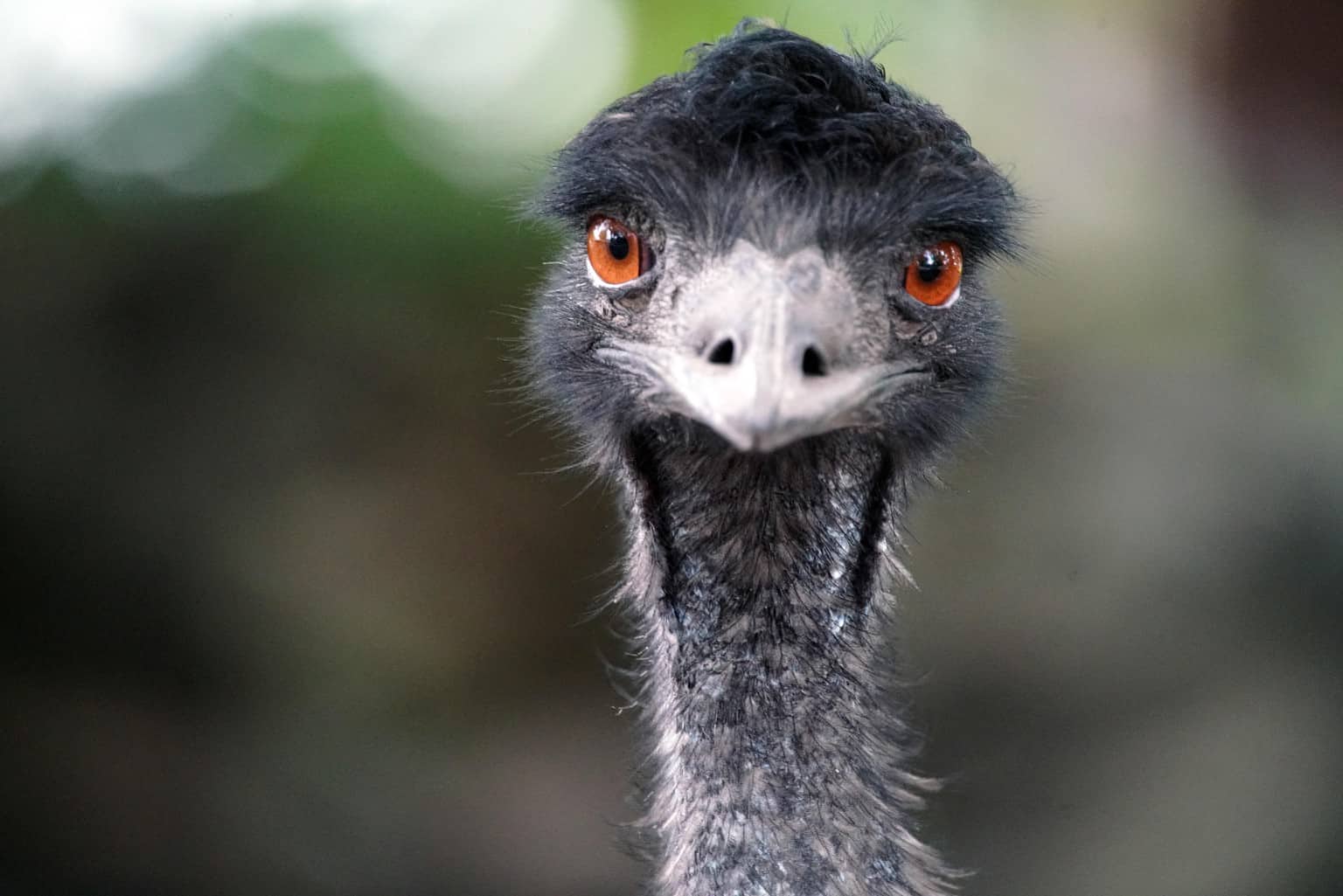 I’m going to let you in on a little secret, I’ve got a serious phobia of sorts revolving around birds. I can handle little ones – parrots, for example – but larger birds make me nervous.

This makes emus a bit of a weird wild card. Yes, their sheer size makes me nervous, but the ones I’ve encountered have been so docile and friendly that it’s hard not to like them.

Now, I think it’s a safe bet that we all know that birds lay eggs; but how many eggs do emus lay?

Yes, emus lay eggs. During the mating season between April and June, a female emu will typically have multiple male partners and lay two or three clutches of 5 to 15 eggs. In total, an emu can lay between 15 and 45 eggs in a season.

The emu is a large flightless bird native to Australia and is the second-largest bird (height-wise) behind its ostrich relative.

They have long necks and legs and can reach heights of up to 6.2 ft. (1.9m). Physically, both the males and females have a brownish color – though this may vary depending on where the bird is found. While it may be a flightless bird, it’s by no means defenseless.

For one thing, emus have very strong legs. They can run up to 30 miles (50km) per hour, and each of their three toes has a long claw that can be around 6-inches in length.

Yeah, you thought being kicked by a horse was bad; at least the horse didn’t have a 6-inch knife on his foot. They are quite capable of shredding a predator and attacks on humans, while rare, do happen.

Thankfully, these cute-looking birds are usually quite docile and won’t lash out without a good reason – i.e. they were provoked and/or defending their chicks.

As far as their diet, emus are foragers and will eat many different plants and insects, and here’s a fun fact for you: they can go weeks without eating and don’t drink often (though, they’ll drink plenty when they do).

Now, their diet has posed a serious problem for farmers in Australia because they can do serious damage to the crops.

In fact, this problem was so severe that, in 1932, veterans of the first world war were called on to help cull the emu population – an event described as the ‘emu war’ by the media at the time.

Ultimately, the emus won because their population still flourished but over the course of the ‘war’ it was estimated that roughly ten bullets were used to kill a single bird. This was attributed to their tough feathers.

Oh, and the soldiers at the time were using Lewis machine guns (a WWI-era machine gun used by the armed forces of the British Empire – the UK, Australia, and other places). So, 10 rounds for a single bird are no joke.

Emus mate for life and form pairs between December and January and stay together for 5 months until the mating season starts.

When mating season comes around between April and June, it’s not uncommon for females to fight over prospective male partners – the females court the males instead of the other way around.

Once a mate has been secured, the pair will mate every day or so. Over the course of this timeframe, the female will lay a clutch of 5 – 15 eggs.

Once the eggs are laid, the male will sit on them to incubate them, standing only to turn the eggs.

Once the clutch is complete (i.e. all the eggs have been laid), the female will typically wander off and mate with another male and lay another clutch.

Each egg has a shell that is 1mm thick and largely made up of calcite (calcium carbonate).

They also have a nice emerald color to them thanks to the biliverdin pigment in the shell. So, what about nutrition? Are these eggs good for you?

Well, the short answer is yes, they are good for you, but you probably won’t eat one in a single sitting – not on your own anyways. Remember the line: ‘you’re going to need a bigger boat’ from Jaws?

Yeah, you’re going to need a bigger frying pan to fry one of these bad boys. The emu egg is the second-largest egg behind the ostrich egg and is equivalent to between 8 and 12 chicken eggs…that’s a lot of French toast and/or scrambled egg!

The albumin (egg white) makes up around 55% of the main protein with the egg yolk making up 31% and the shell making up the remaining 13% of the protein.