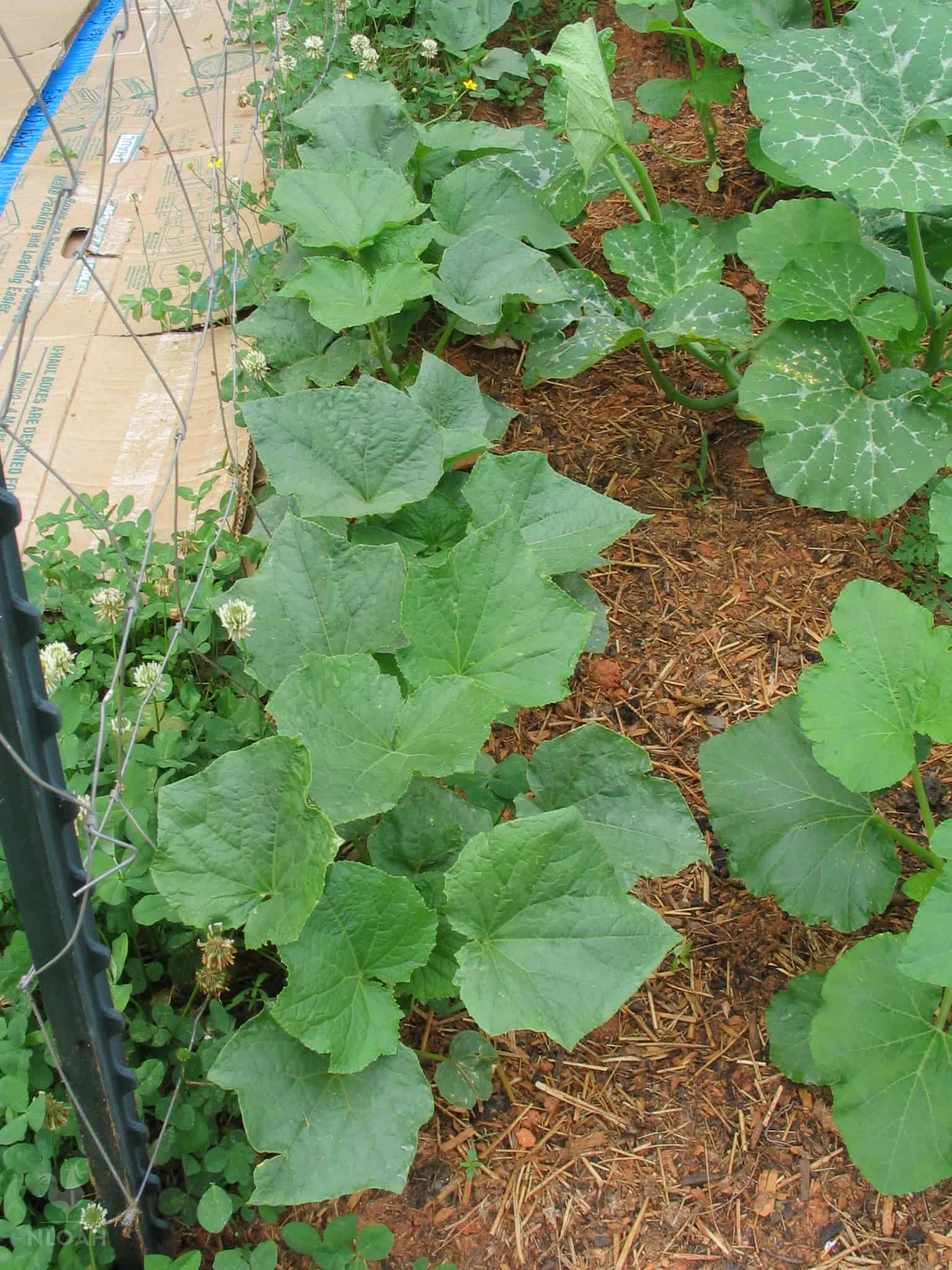 Most of us have been there before – we’ve planted our cucumber seeds, watered them religiously, and given them plenty of TLC…only to end up with sad, spindly seedlings that never seem to grow.

If this has happened to you, it’s probably because your cucumbers aren’t getting enough sunlight.

Cucumbers are cucurbit crops that require at least six to twelve hours of intense, direct sunlight each day. They like to be kept warm and in the sunlight.

Make sure you plant your cucumbers in a location where they won’t be overshadowed by other vegetables and consider planting them on a material like black plastic mulch for extra heat.

Here’s everything you need to know about how much sun cucumbers need so you can avoid this common gardening pitfall in the future.

How Much Sun Do Cucumbers Require?

Cucumber plants are typically classified as “sun-loving” plants, which means they need at least six hours of direct sunlight per day in order to thrive.

If your cucumber seedlings are not receiving at least six hours of sunlight each day, they will likely become leggy and produce fewer fruits.

Cucumber seeds need full sun to germinate and grow into seedlings. If you’re starting your cucumbers indoors, make sure they get at least 6 hours of direct sunlight per day. If they don’t, they’ll grow leggy and weak.

If your cucumber seedlings are getting leggy, it’s a sign they’re not getting enough sunlight. Move them outdoors or increase the amount of artificial light they’re getting if possible.

When you transplant cucumber seedlings into your garden, make sure they get at least 10 hours of direct sunlight per day. If they don’t, they may not produce as many fruits as you’d like.

Cucumbers grown in partial shade will be smaller and have fewer seeds than those grown in full sun.

Once cucumber plants are mature, they’ll need at least 12 hours of direct sunlight per day to produce well.

Again, cucumbers grown in partial shade will be smaller and have fewer seeds than those grown in full sun. So if you want to maximize your cucumber harvest, make sure your plants get plenty of sunshine!

Can Cucumbers Grow in the Shade?

While cucumbers do need some sunlight to grow, they can actually tolerate quite a bit of shade. In fact, cucumbers are one of the more shade-tolerant vegetables.

If you live in an area with hot summers, growing cucumbers in partial shade can help them stay crisp and avoid getting bitter.

That said, it’s important to remember that too much shade will limit how much fruit your cucumber plants can produce.

For best results, plant cucumbers in an area that gets at least 6 hours of sunlight each day. If you live in a climate with hotter summers, you may be able to get away with less sun.

Cucumbers are one of those tricky crops that can tolerate partial shade—but they will produce the best fruit when they have at least 6 hours of direct sun per day.

If your summers are particularly hot, you may want to give them a little extra afternoon shade to prevent the fruits from getting too mushy.

Can Cucumbers Grow in Indirect Sunlight?

In some cases, yes.

If you live in an area with very hot summers, it’s best to grow your cucumber plants in a spot that gets some relief from the afternoon sun.

That being said, cucumbers are not shade-loving plants. They will still need at least six hours of sunlight per day, so if you live in an area with shorter days or cooler temperatures, you may want to supplement your cucumber plants with artificial light.

Can Cucumbers Get Too Much Sun?

Cucumbers are a type of vegetable that is grown in warm climates and need a lot of sunlight to prosper. However, cucumbers can get too much sun and this can have negative consequences for the plant.

When cucumbers get too much sun, the plant can suffer from a number of problems. The leaves of the plant may start to turn yellow and the plant may become stunted in growth.

The cucumber fruit can also be affected; too much sun can cause the skin of the fruit to become tough and leathery.

In extreme cases, cucumbers that have been overexposed to sunlight can develop sunscald, which is when the fruit actually starts to scorch and turn white in color.

To avoid these problems, it is important to provide cucumbers with some protection from the sun if you’re growing in a very hot, dry area.

One way to do this is to grow them under a shade cloth or in an area where they will only be exposed to filtered sunlight.

Another option is to plant them in containers that can be moved around so that they are not always in direct sunlight.

If you live in an area with very hot summers, you may also want to choose a variety of cucumber that is less susceptible to sunscald.

What Happens if Cucumbers Don’t Get Enough Sun?

Cucumbers need at least 6 hours of direct sunlight per day in order to grow properly. If they don’t get enough sun, the cucumbers will not be as crisp and will have lower water content. In addition, the plants themselves will be smaller and the yield will be lower.

There are a few ways to ensure that your cucumber plants are getting enough sunlight. One is to plant them in an area of your garden that receives full sun throughout the day.

Finally, you could also try training the cucumber vines to climb a trellis or other support so that they receive more exposure to sunlight.

Transitioning Cucumbers from Indoors to Sunlight

Cucumbers are a warm-weather vegetables, which means they need plenty of sunlight to produce fruit.

If you’ve been growing cucumber plants indoors, you’ll need to slowly transition them to sunlight so they don’t get sunburned or stressed.

Start with short periods of sunlight. Introduce your cucumber plants to sunlight gradually, starting with just a couple of hours per day.

Slowly increase the amount of time they spend in direct sunlight each day until they’re getting at least 6 hours per day.

Be sure to choose a spot in your garden that gets plenty of sun and has well-draining soil.

Also, take care not to plant them too close to other vegetables or flowers, as cucumbers can spread quickly and crowd out other plants.

Water them regularly. When first transitioning your cucumber plants to the outdoors, water them daily so their roots don’t dry out.

After they’ve become established in their new home, water them every few days or as needed depending on the weather conditions. Too much water can be just as harmful as too little, so be sure not to overdo it!

With a little bit of time and patience, you can successfully transition your cucumber plants from indoor grow lights to full outdoor sunlight.

Just remember to start slowly with shorter periods of sun exposure and increase the duration gradually over time.

How Many Hours of Sun Do Cucumbers Need?

So, how much sunlight do cucumbers need? The answer is at least six hours of direct sunlight per day.

If your plants are not receiving this much sun, they may become leggy and produce fewer fruits.

To ensure that your cucumbers get enough sun, try planting them in an area of full sun or growing them under artificial lights for 16 hours each day.

Training the vines to climb a trellis or other support will also help them receive more exposure to sunlight.

With a little bit of extra care, you can enjoy a bountiful crop of delicious cucumbers all summer long!