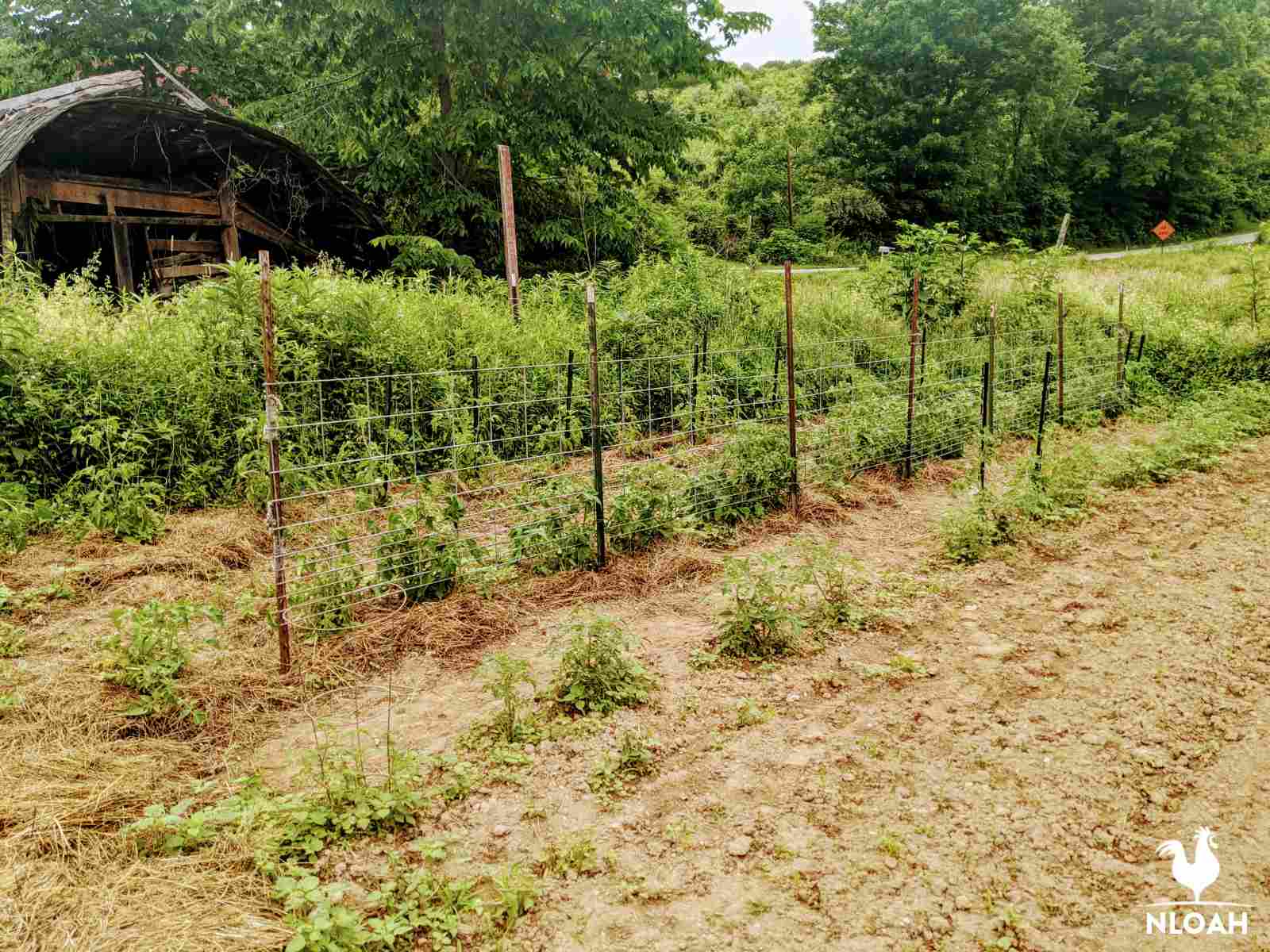 Do you want to maximize the yields of your garden – and minimize the amount of work you have to do? If so, there’s a gardening hack you need to know about – and it’s called crop rotation.

It sounds like an agricultural technique that only large-scale commercial farmers would rely on, but the reality is that crop rotation is something you can do even in the smallest of gardens – and still see a benefit.

The practice is actually quite simple – it just means not planting the same crops in the same place in subsequent years.

By being diligent when it comes to rotating your crops, you can increase your yields, reduce the number of chemicals you use in the garden, and even stop weddings (well…kind of).

In this guide to crop rotation, we’ll tell you everything you need to know.

What is Crop Rotation?

Crop rotation is simply the act of planting different crops on the same plot of land in sequence, changing up which crops are planted where each season.

This is meant to improve soil health, reduce weed, disease, and pest pressure, and optimize nutrients in the soil.

Crop rotation can be very simple or very complex. It can be as simple as planting corn in a set location one year and tomatoes in the same spot the next – or it can be as complicated as dozens of different complex rotations.

Why You Should Rotate Your Crops

Over time, plants deplete the soil. Like it or not, that’s an unfortunate reality of gardening that we all have to live with!

However, rotating your crops can allow you to get more out of your limited space – and grow a more productive garden.

Here are some of the biggest benefits of crop rotation.

Crop rotation can also help control weeds. Planting cover crops between larger crops can choke out weeds because they’ll compete with them for space.

If the cover crop works the way it should, the weeds won’t be able to get the water and sunlight they need to grow.

One of the biggest benefits of crop rotation is that it can make these soil far less vulnerable to erosion.

The nutrients are circulating between plants that have deep roots and those which do not, with the alternating patterns helping to improve water infiltration and reduce soil erosion.

In addition, you can prevent erosion by planting additional crops in seasons when the other crop might not be able to be grown.

For example, you can grow a cover crop during the late fall and early spring, when it’s too early to plant lettuce or tomatoes.

When the soil always has something growing on it, you don’t have to worry quite as much about losing soil to wind and water erosion.

There are minimal fertilizers used in crop rotation. The plants can better uptake carbon because their internal nutrient-recycling systems are more efficient.

Therefore, you won’t need to use store bought fertilizers as often, something that’s much better for the planet when it comes to reducing greenhouse gas emissions.

Another benefit of crop rotation is that switching things up disrupts the cycle of pests and diseases that may have made themselves at home in the garden.

Insects that lay their eggs on one species or family of crops are less likely to do so on other species – and so moving the plants can stop the cyclic growth of insects and diseases.

Soilborne diseases can build up in the soil after years of growing the same plants in the same place. Crop rotation might not totally get rid of the problem, but it can help.

The same goes for insects – moving crops around can make it tougher for overwinter pests to find a meal in the spring.

As a result, you’ll need fewer pesticides and fungicides – meaning more money saved and a healthier environment, too.

Crop rotation helps prevent each individual plant from over-depleting the soil because it allows the soil time to recover from a particular nutrient depletion. It doesn’t continue to burden the soil.

Over time, yields increase because the soil is rich in nutrients.

This practice can also help with aeration. Plants all have different root lengths and aerate the soil in different ways.

Crops that form deep roots, like beets, carrots, and tomatoes break up the soil and create valuable channels for water and air.

These channels don’t necessarily go away when you harvest the crops, meaning the benefits can last for years to come.

Finally, crop rotation can increase biodiversity. As they say, variety is the spice of life – and that’s true in the siol, too.

Life in the soil relies on variety, and beneficial pollinators and insects alike are attracted to this variety – both below- and above-ground.

Crop rotation has been used as an agricultural technique on both small and large farms alike since as early as 6000 BC.

Of course, the science wasn’t quite there at the time – people just knew that it worked, and they stuck to it!

Despite the benefits of crop rotation, both now as well as in history, there are a few challenges associated with this practice too.

They aren’t necessarily disadvantages but things that you will need to keep in mind as you plan out and grow your garden.

There are a few methods you can try when it comes to rotating your crops.

The standard (and simplest) method of crop rotation is to just plant one crop one year and a different one the next.

If you live in a climate that can grow vegetables in both summer and winter seasons, treat each season as its own growing year for the best results.

Sequential cropping is similar to standard cropping, but it requires a bit more planning and time. In this, you’ll plant two separate crops, one after the other, in the same year in the same field.

Intercropping involves planting two or more crops in the same field at the same time.

This is usually done with a vegetable crop and a cover crop but could also be done with two vegetable crops (for example, planting tomatoes with basil in the same area).

This isn’t a super productive tactic for the most part, but it can be fun to try.

Mixed intercropping involves throwing a variety of seeds into the garden to see which vegetables emerge.

It can be hard to manage but if successful, it can all but eliminate weeds in your garden by increasing the variety of plants so dramatically.

That said, until the seedlings all emerge, you may have higher mortality rates because it will be hard for you to identify what’s a weed and what’s an actual plant!

Row intercropping involves the same techniques mentioned above, but in rows that are planted reasonably far apart.

It eliminates the problems surrounding weeding while allowing for the maximum benefit from this technique.

In this, you’ll alternate different strips of land for various vegetables, herbs, and grains. You’ll rotate out the crops between seasons.

The brief pause in your seeding schedule will make it easier for you to avoid crushing or accidentally pulling the young plants while also capitalizing on all the benefits of intercropping.

Here are a few tips to help you begin rotating crops on your farm.

The most important thing to remember when you start rotating your crops is that it’s not just about planting different plants in spots in the garden each year. You also have to pay attention to what those plants’ relatives are.

It’s all in the family, as they say! Even though eggplant, peppers, potatoes, and tomatoes look (and taste) nothing alike, they’re all in the same family – nightshades. Because of this, they utilize similar nutrients and attract similar pests and diseases.

That means that in order to be as effective as possible in your crop rotation, you need to rotate not just your tomatoes but also make sure you don’t plant the tomatoes’ relatives in the same spot each year, either.

There are other families in addition to the ones we’ll describe below. However, these are the major ones.

There are certain families, too, that only have one member that you would grow in your garden – like okra, sweet potatoes, and corn.

Here are the major groupings to help give you an idea of what you’ll need to space out:

The brassica family is quite large. These plants need lots of nitrogen and so are best planted after legumes, which fix nitrogen in the soil.

They share similar pest issues and therefore should not be planted in sequence with each other or close together during the same season, either.

Cucurbits are heavy feeders, so grow these in rich soil:

Legumes are beans, but it’s not just green beans to consider. This family also includes:

Again, the nightshade family includes peppers, eggplant, tomatoes, and potatoes. These are heavy feeders that are extremely vulnerable to certain diseases.

For best results, alternate the light and heavy feeders in the garden.

Heavy feeders, like lettuce, tomatoes, cucumbers, and corn, require a lot of nitrogen in order to be successful. Onions, beets, carrots, and potatoes do not. Switch these out to give your soil a bit of a break!

Plan Out the Garden Ahead of Time

Take the time to thoroughly plan your garden before the growing season starts.

You can plan rotations that cover three to six years, with three being the minimum recommended, depending on the size of your garden.

Rotate crops by their plant family, since they will be vulnerable to the same diseases and pests and have similar care requirements.

If you want to go one step further, you can even draw up a chart of where everything will be planted each year – and color code it to make it even easier to follow!

This might be obvious, but when you’re planning out your garden, remember to leave perennials alone.

All herbs and vegetables that are meant to come back between seasons shouldn’t be moved – they’ll stay in the ground year to year. Asparagus and mint are two examples.

Don’t rely on memory alone to plan and plant your garden. If you’re growing lots of different crops, roughly sketch out your garden and write down what you have planned, both where and by which plant family.

Keep these records and make any adjustments necessary during the season. Then, you’ll have them to consult next year.

For bonus points, make notes of how each crop performed, too – then you’ll have an idea of any changes that might need to be made to your crop rotation plan.

While crop rotation is an ancient practice, it’s still one of the most important tools we have for maintaining healthy soil and crops.

By following a few simple guidelines, you can make sure your crop rotation plan works well for your farm or garden.

Have you tried implementing crop rotation on your property? If so, what tips would you add to this list? Let us know in the comments below!

2 thoughts on “Crop Rotation – Everything You Need to Know”

"Hi! I'm Kendra. I'm a wife, mother, and homesteader. I love everything that has to do with simple living. I'm a canning instructor, an avid gardener, and a constant learner of old-fashioned skills. Here is where I share it all. Welcome to the adventure!"
How To Eradicate Brown Rot In Your Garden
How to Grow Marjoram… and Why You Should
26 Adorable DIY Garden Plant Markers
Drip Irrigation for Beginners
17 Ways to Get Rid of Fruit Flies