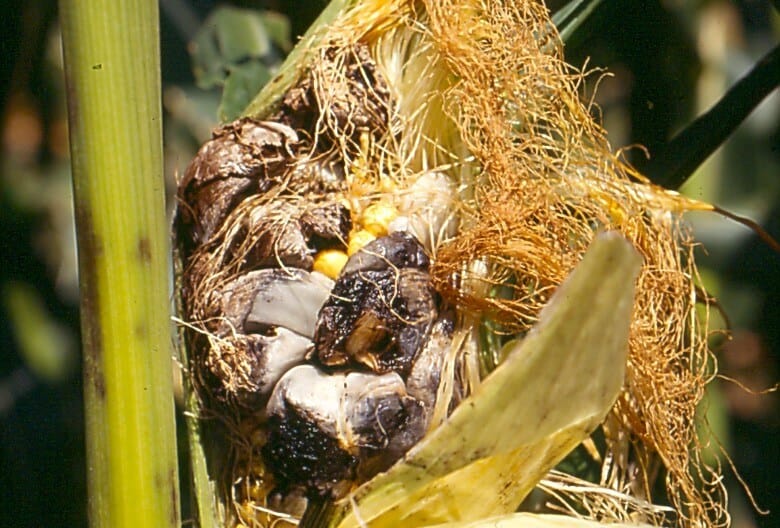 Corn smut is something most homesteaders hate to see develop in their growing plot. Just about when big juicy ears of sweet corn are ready to harvest and be enjoyed is when the ugly knobby growths appear.

Outbreaks of this type of corn disease usually happen when temperatures range from 80F to 92F (26C to 33C). The corn smut spores are carried primarily by the wind into your garden rows.

Although you probably will not notice the corn plants are infected with the galls until the gray and black growths appear, the disease almost always takes hold before the distortion of exposed kernels is present.

How To Detect Corn Smut

How To Prevent and Treat Corn Smut

Corn Smut as a Delicacy?

The vast majority of American farmers and homesteaders consider stalks filled with corn smut a complete loss, but that actually might no longer be the case. In Mexico, as well as some parts of Canada, and Europe, corn smut is now considered a delicacy and not a blight on the garden.

Corn smut, when used as a food source, is commonly referred to as huitlacoche or Mexican truffles. The edible value of the mushroom like fungus was discovered by University of Wisconsin while trying to find a way to eradicate the growth of the fungal spores.

Annually, about 10% of corn crops are affected by the corn smut that also causes agriculture machinery to “gum up” in America. The United States government and farmers have spent millions of dollars trying to develop corn smut-resistant strains of the staple crop plant.

Researchers from Wisconsin University convinced one organic farmer to intentionally infect his corn with smut. Once the blighted corn was harvested, it was able to garner an 80-cent per ear profit – far exceeding the single digit profit per ear the farmer had been receiving.

Mexican truffles can be eaten raw or cooked, which turns them dark black. Canned corn smut is becoming increasingly more available in the United States. The canned version of does not have the velvety soft and light texture of fresh corn smut, but is a far more liquid edible and jet black.

I have never consumed corn smut, either fresh or canned, but I am told it tastes a lot like mushrooms mixed with corn and boasts a smoky flavor. In Mexico, Hot huitlacoche patties consist of stir fry type filling of corn smut and onions.

The emerging delicacy is also being used as an ingredient in soup, stew, tamales, quesadillas – and even dessert recipes. At the upscale James Beard House restaurant in NYC, corn smut is sauteed with garlic or onions, with tomatoes and chiles, then blended in. The dish is slow cooked for about 20 minutes and then apparently devoured with great glee.