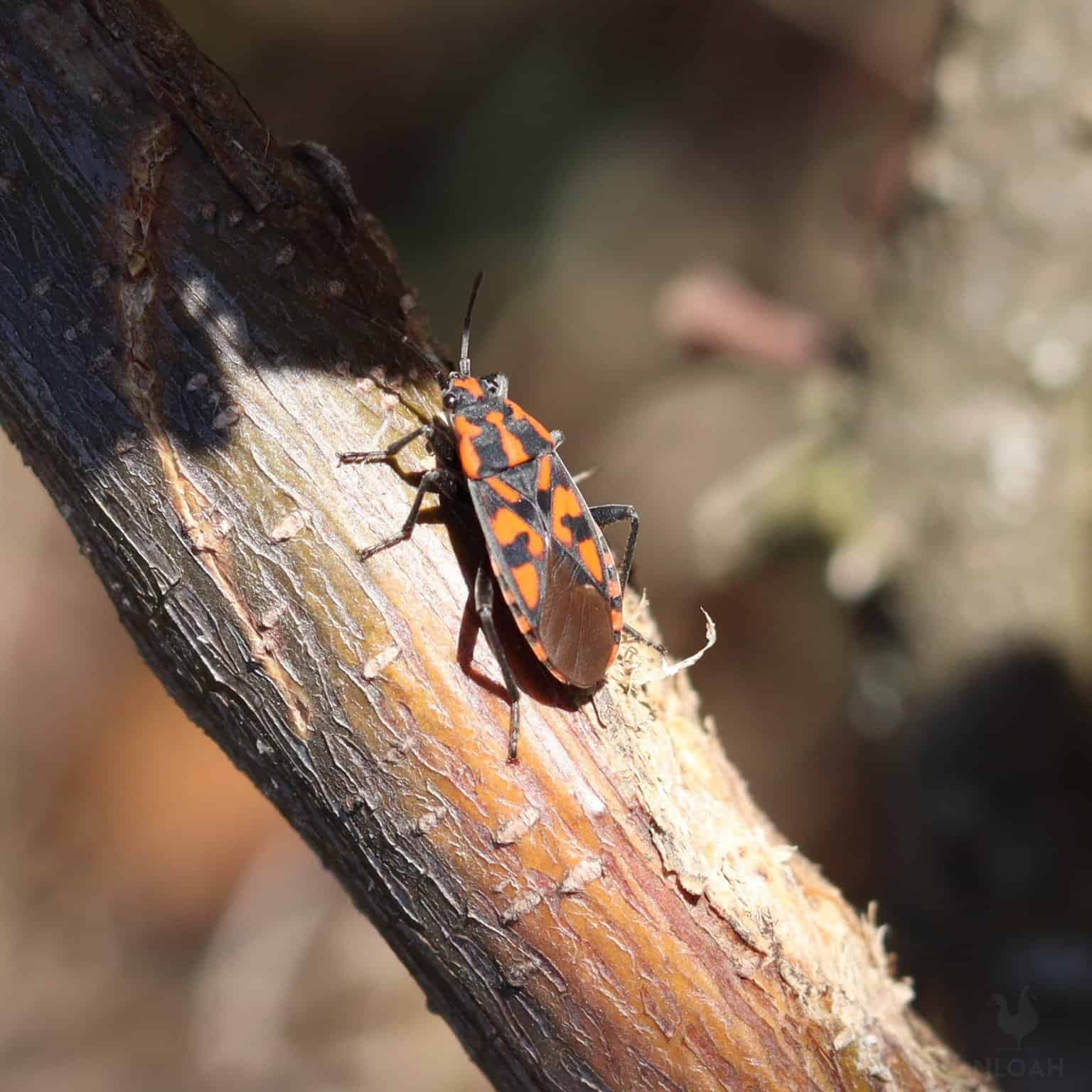 If you’ve been following the news or social media, you may have heard of the deadly Chagas disease. On this note, you might have heard rumors that Chagas disease is spread by assassin bug bites.

Although Chagas disease is not common in many areas of the United States – and it’s not spread by all types of assassin bugs – it is something to definitely be aware of.

Luckily, if you’re bitten by an assassin bug once, it’s not a guarantee that you’re going to get Chagas disease. And even if you do get Chagas, your likelihood of developing severe symptoms is slim. Here’s what you need to know.

What Are Assassin Bugs?

The term “assassin bug” is a moniker given to a large family, Reduviidae, of the order Hemiptera. More than 7000 species have been described, making it one of the largest families in the order.

While all assassin bugs are unpleasant, using long beaks to inject lethal saliva into the insides of their victims (it liquefies their guts, which the assassin bug then sucks out), the kissing bug is the one you really need to worry about.

Kissing bugs can be broken down into more than 130 additional species. Most feed on vertebrate blood, and all can be found in the Americas. They are prominent vectors of the Chagas disease, and are well-adapted to living with humans.

Kissing bugs hang out in their shelters at night, and then search for blood at night, while you are at sleep. They need a blood meal in order to molt and reproduce, so they’ll feed often.

You’re an easy target for a kissing bug, too. Not only do these creatures frequently hang out in homes, but they are attracted to the smell of your food and your body.

They can also be attracted to carbon dioxide from your breath and carboxylic acids from your hair and skin. Unfortunately, there’s not much you can do about that.
What is Chagas Disease?
Chagas disease is an unpleasant illness that can produce a wide range of symptoms.

In many individuals – especially in the early stages – there are few to no symptoms. When symptoms do appear, they may take the form of headaches, localized swelling around a bite, swollen lymph nodes, or fever.

After two to three months, victims enter the chronic stage of the disease. Luckily, in most people, this second stage presents no additional symptoms. However in a lucky 30 to 40% of people, severe symptoms do appear – but they can take up to 30 years to emerge.

In most cases, Chagas disease causes enlargement of the heart ventricles, which can lead to heart failure. It can also cause enlarged colons and esophagus.

Chagas disease is believed to be responsible for more than 12,000 deaths each year – potentially more, as the symptoms appear so late that it may be difficult for a patient to remember if a bug bite was to blame.

What Are the Symptoms of Chagas Disease?

During the acute phase of Chagas disease, symptoms can include:

Usually, these symptoms resolve on their own in less than eight weeks. However, if they progress, patients can develop symptoms later in life such as:

Chagas disease, also known as American trypanosomiasis, is a tropical parasitic disease that is caused by a parasite known as Trypanosoma cruzi.

Not all assassin bugs transmit Chagas disease. In fact, the only known creatures to carry Chagas disease are members in the triatomine subspecies – the kissing bug.

In one study at Baylor College of Medicine, 75% of inspected kissing bugs were found to be carrying the parasite Trypanosoma cruzi.

Kissing bugs attack at night, biting their victims while they are asleep. They go back to hiding in crevices, like roofs, walls, or even between mattresses, during the day. Kissing bugs tend to feed on people’s faces.

It’s not the bite itself that transmits Chagas, but instead the feces of the bug. After the bug bites the victim and ingests its blood, it defecates. The feces can then contaminate the bite wound, and spread the parasite.

The worst chances of contracting Chagas disease appear when you scratch the site of the bite.

This causes irritation that can open the wound and allow the host to enter. It can also get into your body through mucous membranes, like those in your eyes.

Very rarely, Chagas can be spread in other ways than besides assassin bugs. It can be spread through organ translation, blood transfusion, contaminated food, and from a mother to her unborn child.

First, if you’re reading this article and you live in the northern portions of the United States – or any other climate that gets a hard frost or severe winter weather – your likelihood of being bitten by an assassin bug is basically zero.

Nevertheless, it’s important to familiarize yourself with the symptoms of a bite. After all, climate change is causing more and more pests to expand their range into more northern zones.

First, know how to spot a kissing bug. They usually have black or brown rings, often with stripes of yellow, orange, or red. Kissing bugs tend to be about an inch long but can be slightly smaller too.

Sometimes the bites don’t hurt, but usually, you’ll feel one. The exception is if you are bitten at night. You very well could sleep right through an attack.

They can bite anywhere on your body, including your arms, feet, head, and face, but their favorite spots to bite you are around your eyes and mouth.

Upon inspection, you might notice up to 15 bite marks in a single area. They are often surrounded by redness and swelling.

Unfortunately, it can be tough to differentiate kissing bug bites from the bite of other types of bugs. You’ll have identical symptoms, like itchiness, infection, and redness.

That’s why knowing whether you live in an area that is home to kissing bugs is important. Most are found south of Pennsylvania, and tend to hang out outside, in places like nests and burrows, outdoor dog houses, and leaf piles.

Sometimes people develop more serious reactions to a kissing bug bite. Chagas disease is the most obvious, but it’s not the only one. You could also develop an allergic reaction, with some people suffering from anaphylactic shock.

If you start having trouble breathing and your blood pressure drops, you need to seek emergency medical treatment.

What to Do if You Are Bitten

If you have been bitten by a kissing bug, head to your doctor’s office immediately. There is no shot for Chagas disease, but an early infection can be treated with certain medications.

The earlier you catch it, the better – it can result in a cure. However, if you wait, the likelihood of getting rid of Chagas disease is slim.

That’s not to say that, if you’re reading this article ten years after being bitten by an assassin bug, you shouldn’t seek medical help now.

There are also plenty of studies proving that using medication in the chronic stage of the disease can reduce or prevent the appearance of later symptoms.

When you get to your doctor, he will likely conduct a blood test so that he can examine it under a microscope. If you have Chagas, the parasite will be visible when viewed up close.

Unfortunately, Chagas disease is often regarded as a silent killer. If you don’t feel sick, you aren’t likely to seek care – but this can cause serious problems later on.

Therefore, if you know you have been bitten by a kissing bug, seek medical attention immediately.

How to Prevent an Assassin Bug Bite

For starters, you can do your best to eliminate potential hiding spots around your home. Clean up any brush, weeds, or debris, paying special attention to areas where rodents might congregate. This is a smart choice, anyway, as rodents carry plenty of diseases of their own.

You should also seal up any potential entry points to your home, including cracks around doors and holes in window screens. Assassin bugs are pretty small, so don’t leave any stone unturned!

If push comes to shove and you know you have a kissing bug infestation, you may need to adopt a more serious intervention.

Kissing bug infestations are more common in older buildings, and can be identified primarily by seeing feces or eggs. The eggs are usually white or pink, while the feces can be dark black or white.

When you’ve determined that you have an infestation, you might need to use an insecticide to get these pests out.

Unfortunately, you’ll need a professional’s help to use this kind of treatment, since it can be toxic to children and pets.

That being said, an insecticide is usually effective for a year or more, which can buy you some time as you work on “kissing bug-proofing” your home.

Luckily, Chagas disease is very rare – even if you are bitten, the likelihood of contracting Chagas disease is uncommon. Stay calm and know how to identify an assassin bug, and you will likely have nothing to worry about.

"Hi! I'm Kendra. I'm a wife, mother, and homesteader. I love everything that has to do with simple living. I'm a canning instructor, an avid gardener, and a constant learner of old-fashioned skills. Here is where I share it all. Welcome to the adventure!"
Growing Potatoes In Trash / Garbage Cans
25 Common Garden Pests and How to Get Rid of Them
Exactly When to Harvest Tomatoes
Organic Cabbage Moth Control
Prevent and Treat Blossom End Rot on Your Tomatoes