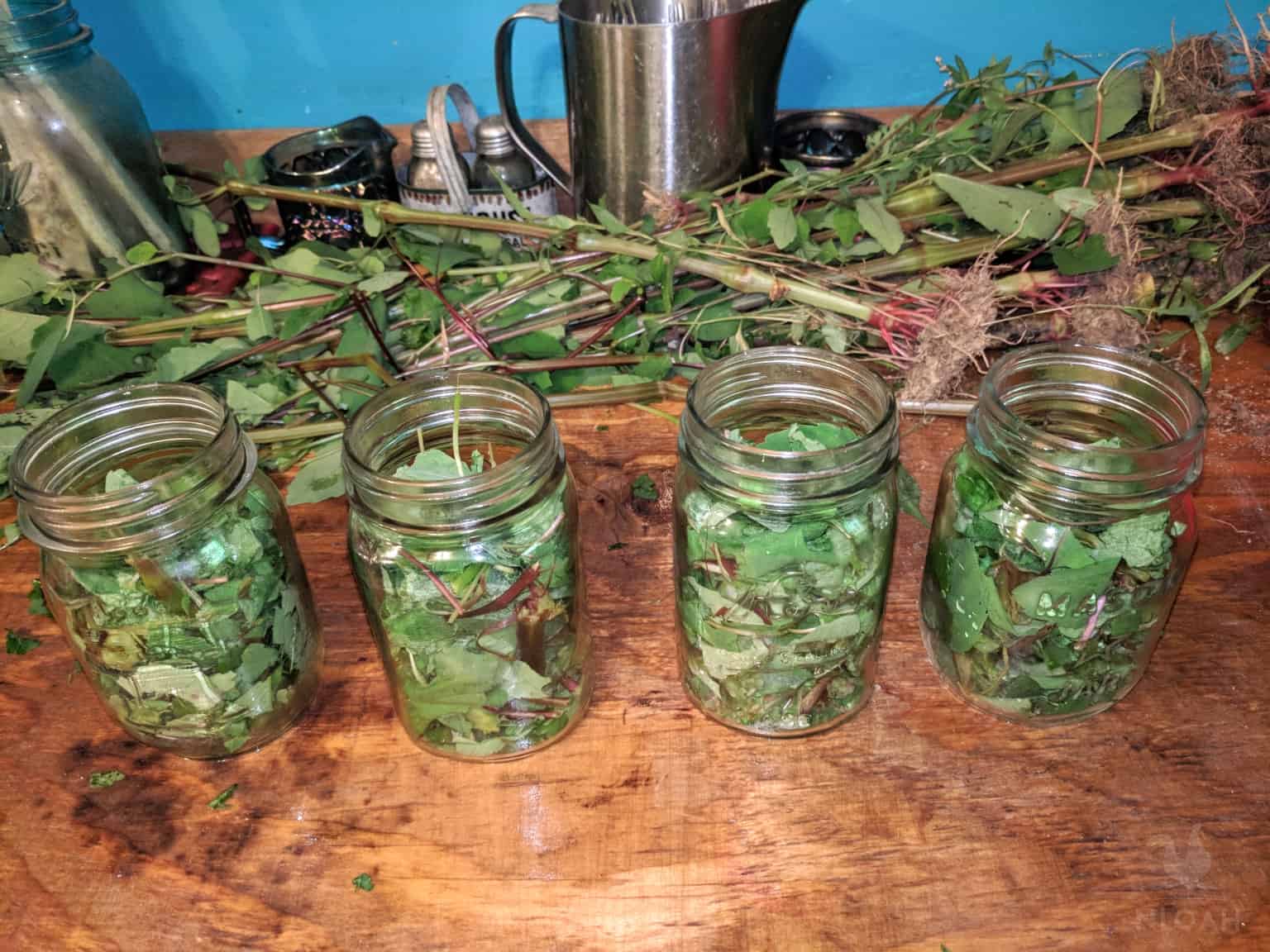 Impatiens Capensis, or the common jewelweed is a plant that’s native to North America and is found in ditches and creeks. The name ‘jewelweed’ comes from the fact that, when held underwater, the leaves appear to be jeweled. It’s often found alongside its relative the yellow jewelweed – which is less common.

It’s very nice to look at, there’s no doubt about that and it’s got a variety of medicinal uses; but is it edible? Well, that’s what we’re going to find out.

Yes, in moderation. Jewelweed contains calcium oxalate crystals which can make you sick if you eat too much of this plant. The seeds are edible, and the shoots can be boiled as a potherb.

The Touch-Me-Not Plant is Edible… in Moderation

The common jewelweed was brought to Europe in the 19th and 20th Centuries. It spreads rapidly, and tends to outgrow/outcompete local jewelweed plants. This has led to some places classifying it as an aggressive weed.

Jewelweed typically blooms from late spring to early fall, and has bright orange flowers (there are some occasions where the flowers will be yellow). The stems are smooth, succulent and semi-transparent.

Leaves alternate along the stem system and the seed pods tend to go through explosive dehiscence – which means they eject seeds rapidly. This process is easily triggered in mature pods and has led to the name ‘touch-me-not’ being given as a light touch is all it takes to set them off.

There are a variety of medicinal uses for this plant (including as a fungicide), but as far as culinary uses go; it’s quite limited. The shoots can be boiled as a potherb, although you’d have to change the water twice to do so; and the seeds are also edible.

That said, eating a lot of it isn’t recommended as it contains calcium oxalate crystals which can make you sick in large quantities.

Jewelweed is considered a nice addition to a garden of native plants, and it’s easy to see why. I can’t really criticize people who let this thing grow in their gardens because we’ve got Kosmos flowers in South Africa which grow pretty much everywhere.

Kosmos flowers are also considered a weed, but nobody minds if they crop up in the garden because they’re pretty to look at.

As always, I hope you found this article informative and enjoyable. Thanks for reading and I’ll see you all again for the next one very soon!

2 thoughts on “Can Jewelweed Be Eaten?”

"Hi! I'm Kendra. I'm a wife, mother, and homesteader. I love everything that has to do with simple living. I'm a canning instructor, an avid gardener, and a constant learner of old-fashioned skills. Here is where I share it all. Welcome to the adventure!"
Horsetail: Foraging and Uses
How to Forage and Use Wild Leeks
Are Wild Strawberries Edible?
How to Identify Chicory
How To Harvest And Preserve Wild Onions