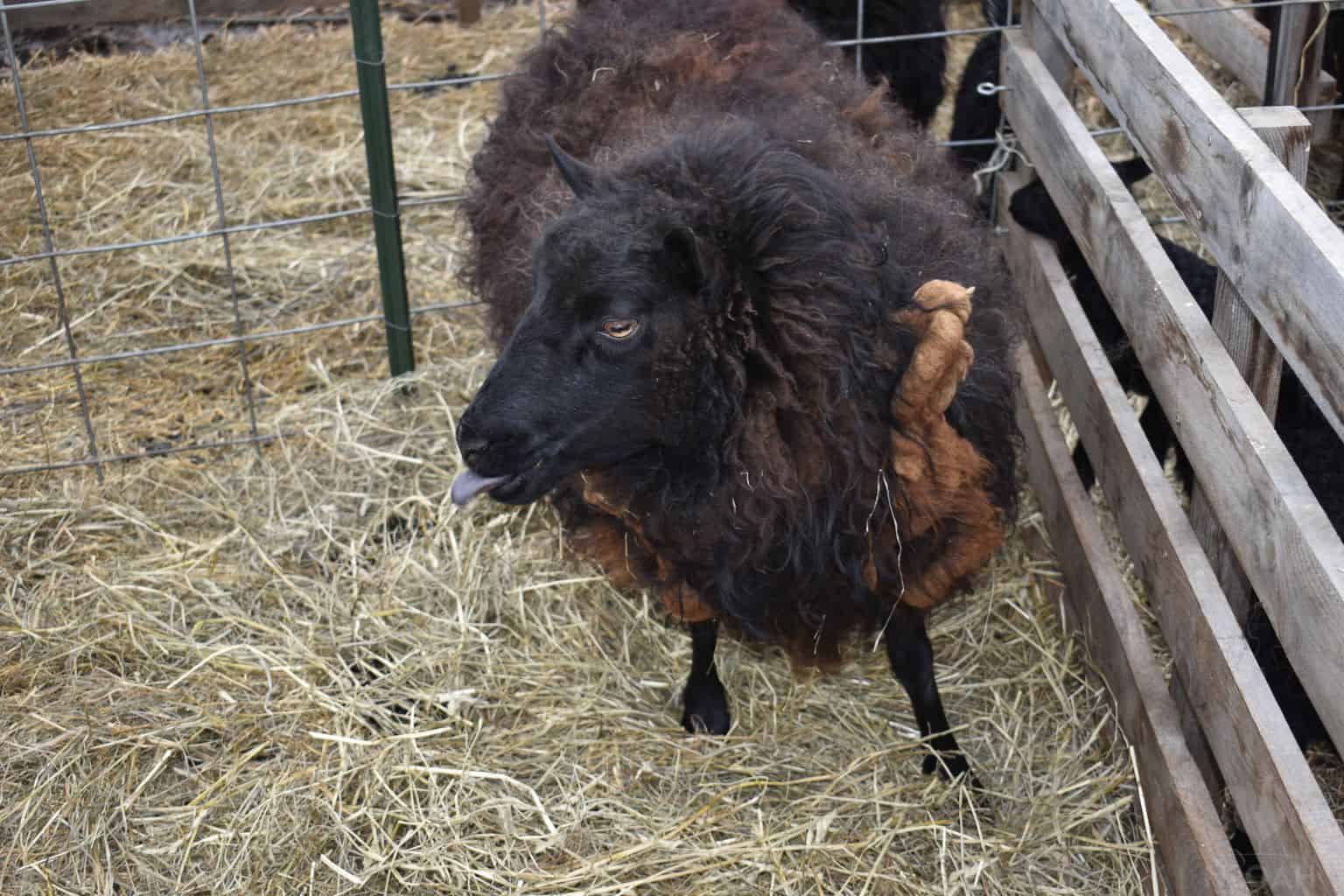 Ah, chocolate! The comfort food for everything from bad workdays to bad breakups, this dairy treat has been around for years and is going nowhere fast.

Of course, when it comes to comfort, we like to share it – most of the time – with friends and family.

The only members of the family who don’t get it are the cats and dogs…much to their disgust. Now, here’s the question; does the same apply to sheep? Can they eat chocolate?

No, chocolate is a dairy product and sheep shouldn’t eat it because their bodies can’t process dairy products. Chocolate also contains a substance called theobromine which can be toxic in large quantities.

Sheep can eat a wide variety of human food, but chocolate is not one of them. Ingestion of chocolate can lead to vomiting, diarrhea, tremors, seizures, panting, urination, excessive thirst, arrhythmia, and possibly death.

I feel like I’m repeating myself here, but sheep are herbivores – vegetarians! They eat grass, hay, plants, and legumes; they also eat fruit occasionally.

The grasses and other foods are fermented in two of the sheep’s four stomach chambers (the rumen and reticulum) and regurgitated as cud which is then re-consumed to absorb more nutrients.

Chocolate is a dairy product, and a sheep’s digestive system isn’t able to process dairy – the one exception, of course, are lambs drinking from ewes. Chocolate also contains theobromine which can be toxic in large quantities.

Theobromine is also going to show up in drug tests (as a stimulant) which will make showing your animal off a bit tricky as competitions typically have strict no-drug policies.

While they shouldn’t eat chocolate, sheep are curious animals and will try pretty much anything so it’s a good idea to keep your chocolate stash out of reach of your woolly friends.

Keep in mind, that if they eat the wrong thing, it’ll interfere with their regular diet and make them sick – sometimes it can be life-threatening.

What is Theobromine and What does it Do?

Okay, so how about a quick science lesson? What exactly is theobromine and what does it do?

Well, it’s an alkaloid that’s also called xantheose and is the primary alkaloid of the cacao plant – which is, of course, used in chocolate. This alkaloid is what makes chocolate so dangerous for animals.

Theobromine poisoning or chocolate/cocoa poisoning is most common in dogs but animals in general (sheep included) tend to metabolize the alkaloid much slower than we do.

Since chocolate is sweet, and sheep have receptors to identify sweet vs. Bitter flavors, they may like the taste and binge eat which will cause theobromine poisoning.

Fun fact: the Greek name for the cacao plant is Theobroma Cacao. Theobroma literally means ‘food of the gods’ – Theo meaning ‘food’ and broma meaning ‘of the gods.’

The typical lethal dose is 100 to 200 mg/kg but lower doses/amounts can also cause serious bouts of chocolate poisoning. These symptoms include:

Death is also a serious possibility.

Absolutely not, their bodies wouldn’t be able to process it and because of how young they are, their immune systems aren’t as strong. This means the symptoms brought on by eating chocolate will be worse for them.

The predominant answer to this question is no, but online opinion seems to be pretty mixed.

Some people say that small quantities are fine as long as they’re given in extreme moderation and others disagree saying it should be avoided at all costs.

I tend to agree with the latter. While there are some human foods that sheep can eat (i.e. pears), chocolate isn’t one of them.

There are much healthier options to treat your sheep, so why would you risk making them sick?