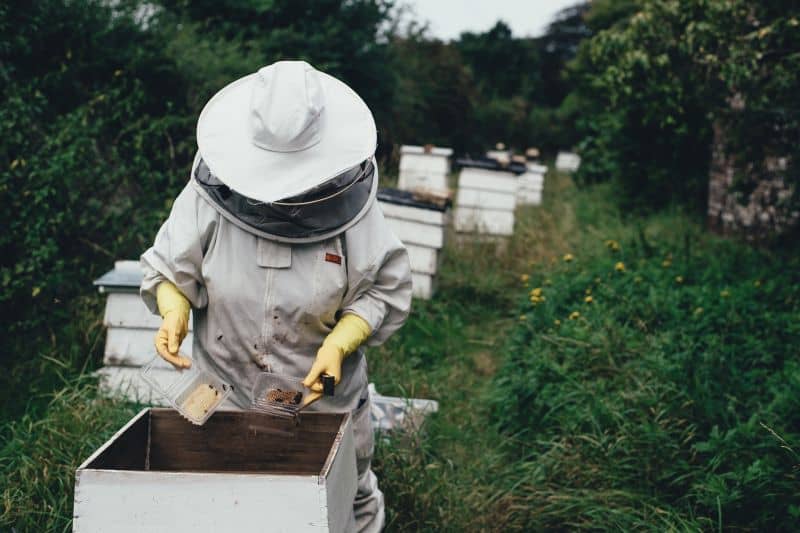 Beekeeping is a lot of work with wonderful rewards for your labor. There are two types of people who purchase bees: beekeepers and bee “havers.” If you do not care for the honey bees and beehive properly, you will be a haver that actually won’t have bees for very long.

This begs the question: how often should you inspect a beehive? Ideally, this should be done every 7 to 10 days for new hives, while an established hive may not need checking more than once, or possibly twice a month, but these inspections should only be conducted in the spring and summer.

Why? Because opening a beehive in the fall or winter, even if it is an older and more established hive, can chill the honey bees and cause near instant death.

In my personal experience, as long as the proper beehive inspection guidelines are followed, it does not harm to check the hive on basically a weekly basis during the spring and summer.

What Should I Expect When Inspecting A Beehive?

When a beehive is opened for inspection, the little pollinators will become quite unhappy. Even if you are raising a known docile breed, like Italians, expect some resistance when inspecting.

If a brood has just hatched, the bees will almost assuredly be more agitated than normal, or show the only aggression you have yet to witness from them.

Why Do Beekeepers Inspect A Beehive?

Honey bees might recognize you once the seven to 10 day hive inspection has become a routine occurrence. This issue is often hotly debated among keepers.

While there is no scientific evidence to either prove or disprove the likelihood that bees grow to know their keepers, some beekeeping folks staunchly believe they can.

Honeybees possess a particularly acute sense of smell. If the little pollinators can recognize their particular keeper, they most likely do so by becoming familiar with their scent.