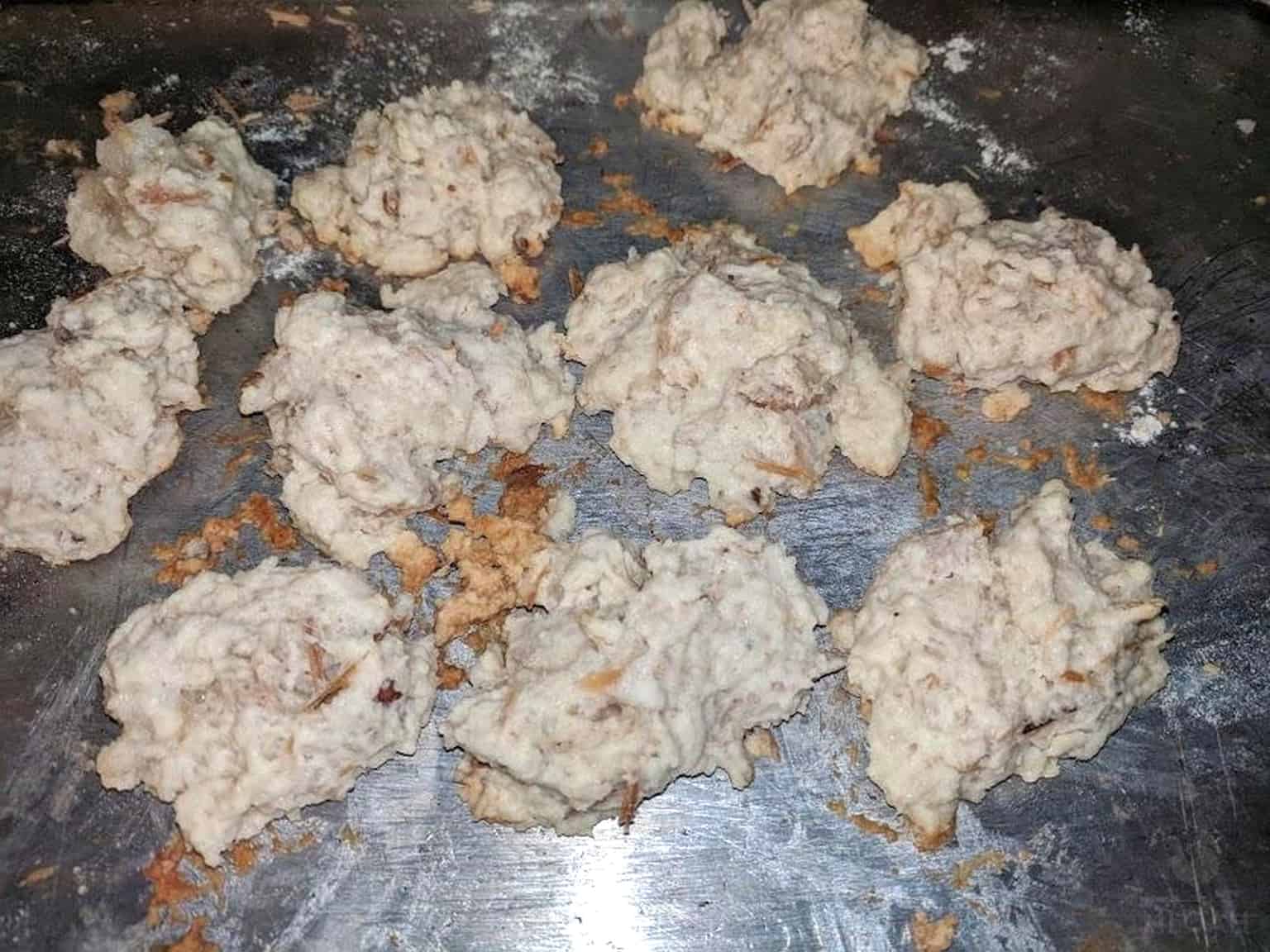 Let’s face it – nothing beats a delicious loaf of bread. And wheat is a staple crop throughout much of the world.

However, famine and other crises happen, and in a pinch, you need emergency food that will last a long time – and can be produced even when grain production has come to a halt.

Learning how to make bark bread will not only provide a sustainable substitute for conventional flour, but will also infuse some vital nutrients into your survival diet. We’ll be talking about pine bark and birch bark the two types of tree varieties that are most often used to make bark bread… and even bark cookies.

Native Americans and Scandinavians made bark bread for centuries, using the foraged material as both a food and a medicine.

This famine food could be made from bark meal produced from a pine tree as well as bark from other trees. Bark bread was commonly eaten alongside other foraged foods, like moss, hay, straw, and husks.

The biggest benefit of using bark to make bread is that it was so easily accessible and allowed the harvesters to make other products. Historical evidence suggests that early civilizations like the Sami people used the inner bark of the tree to make flour while the outer was used to make food storage vessels.

Many breeds of tree bark contain iron, vitamin C, calcium, carbohydrates, and fiber. Scots pine was once consumed frequently in places like Norway, Sweden, and other parts of Northern Scandinavia to prevent scurvy, due to its high vitamin C content.

Ponderosa pine bark smells a whole lot like vanilla and also has a pleasing flavor.

Bark bread isn’t eaten as often today in modern times, even in Northern Europe, but it has a ton of health benefits that you should be aware of.

One big benefit of pine bark is that it contains tannins known as procyanidins, which have potential health benefits. If you’ve ever noticed the warm, woodsy scent of pine, you’ll be happy to hear that the aromatic hydrocarbons (like terpenes and phenols) that give pine that scent also lend themselves to antimicrobial flours.

These hydrocarbon compounds help enhance the shelf life of other kinds of flower and also have some antioxidant and antiinflammatory properties. Not only that, but the phloem of the pine in the tree trunk is high in ascorbic acid (again, Vitamin C), which can help you avoid all kinds of health problems.

You can use flour from tree bark as a gluten free addition to recipes. It’s best in daily bread recipes but could also be used to make things like pancakes and cookies, too. Bakers – get creative!

Birch bark has a sweet flavor that tastes somewhat like wintergreen, when harvested fresh from a living tree. The bark from the same tree can taste slightly bitter when harvested from a dead tree. Birch bark contains approximately 600 calories per pound after being processed into flour.

You do not consume the outer layer of the bark, but the interior area that serves as a highway to allow nutrients to flow to both the leaves and roots.

How To Harvest Bark For Flour

1. Use box cutters to cut (or score) a square about 6 inches by 6 inches to make what has been dubbed a “window” into the bark – cutting through the exterior wood-like layer to the inner bark area.

2. Use a draw knife to pry away the outer bark layer – other sharp knives work, a draw knife just tends to work both best and quickest.

3. The second and third layers of bark that are now exposed are called the phloem and cambium layers – the part you need to make flour. This portion of the bark can be eaten raw as a nutrient and calorie rich survival food, but it will taste fairly dry and tough. Use a sharp knife to shave off thin bits of bark.

When shaving bark from a live tree, never harvest more than ⅓ of the bark’s circumference or risk killing the tree.

Once you have collected a bunch of bark, it is now time to process it. There are two common ways to process tree bark:

Wrap the bark strips around a stick that is suspended or held over an open fire.

Boil the bark in a pot of water for only a few moments, then strain the bark shavings, and allow them to air dry for several minutes.

It is not necessary or even recommended, to let the bark shavings dry completely before putting them in the oven to bake:

Put a little bit of lard or carrier oil in a skillet and fry up the bark shavings just like you would bacon. You can actually toss a few pinches of salt onto the frying bark and make survival potato chips.

After completing the initial processing, it is time to “bake” the bark. Put the bark onto a baking rack and let them dry for about two days in the sun or over a low fire. You can also bake the process bark in a conventional oven for about a half an hour at 250 degrees.

How To Turn Bark Into Flour

Grind the bark as finely as possible into a flour-like consistency. You can put it in a food processor on pulse for about 60 seconds or manually grind with a mortar and pestle or similar manual kitchen tool.

How To Bake With Bark Flour

Bark flour does not raise as much as conventional flour because yeast is not capable of digesting the nutrient contained in it in the same manner as wheat flour.

Birch bark flour can have difficulty holding together as firmly as conventional wheat flour and should be used as a substitute only for a specific amount of wheat flour and not as a sole alternative.

You can substitute about one-third to one-fourth of the flour a recipe calls for with a bark flour and not sacrifice either taste or consistency of the recipe.

The bread, biscuits, or cookies you make with bark flour will have little dark flecks in it and have a color that is slightly darker than wheat bread. 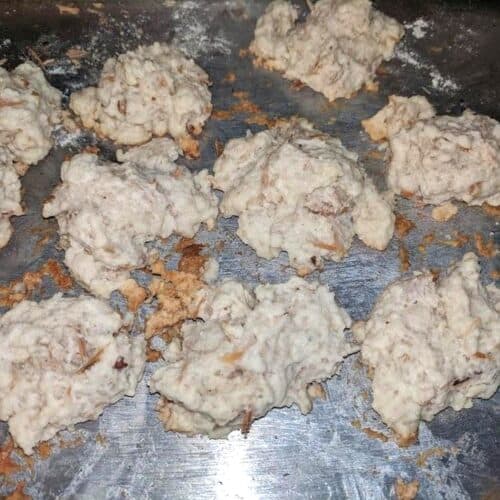 If you’re looking for something a little more specific, here’s a recipe that can be used on pine bark in particular. This is a Scandinavian recipe (namely Finland and Northern Sweden) that has been used for centuries and uses both the inner and outer bark.

• ¼ cup of bark flour
• ¾ cup of wheat or white flour
• ¼ cup cup of sugar
• Up to 3 tablespoons of water – use only enough to make a typical dough consistency.
• ½ cup of softened butter
• 1 pinch of salt

1. Mix the sugar, salt, and both types of flour together in a mixing bowl.
2. Stir in the softened butter until it is completely combined.
3. Knead the dough until it comes together in a loose ball shape.
4. Roll out the dough and use cookie cutters to shape.
5. Bake at 350 degrees F (175 C) for approximately 15 minutes.

You can process bark you have foraged as noted above and keep it in an airtight container until ready to use or powder it into a flour.

How Long Does Bark Flour Last?

Bark flour, when stored properly in an airtight container, can keep just as long (if not longer) than conventional flour.

The consistency and taste of bark flour might take a few times to get used to (especially if you use too much and get a bitter baked good) but the goods made with will help fill an empty belly during a survival situation and push more needed vitamins and nutrients into your body.

So there you have it! Everything you know about making bark flour and using it for delicious cookies and bread. It may sound odd, but enjoy it a try.

Some civilizations love bark bread so much that they eat a bread with a blend of rye and pine bark flour to this day – it’s called pettuleipä, and it’s a beloved bread in Finland.

So give it a shot – and enjoy!

3 thoughts on “How to Make Delicious Bark Bread”

"Hi! I'm Kendra. I'm a wife, mother, and homesteader. I love everything that has to do with simple living. I'm a canning instructor, an avid gardener, and a constant learner of old-fashioned skills. Here is where I share it all. Welcome to the adventure!"
How to Easily Make Bone Broth 5 Ways
Canned Apple Butter, Step by Step