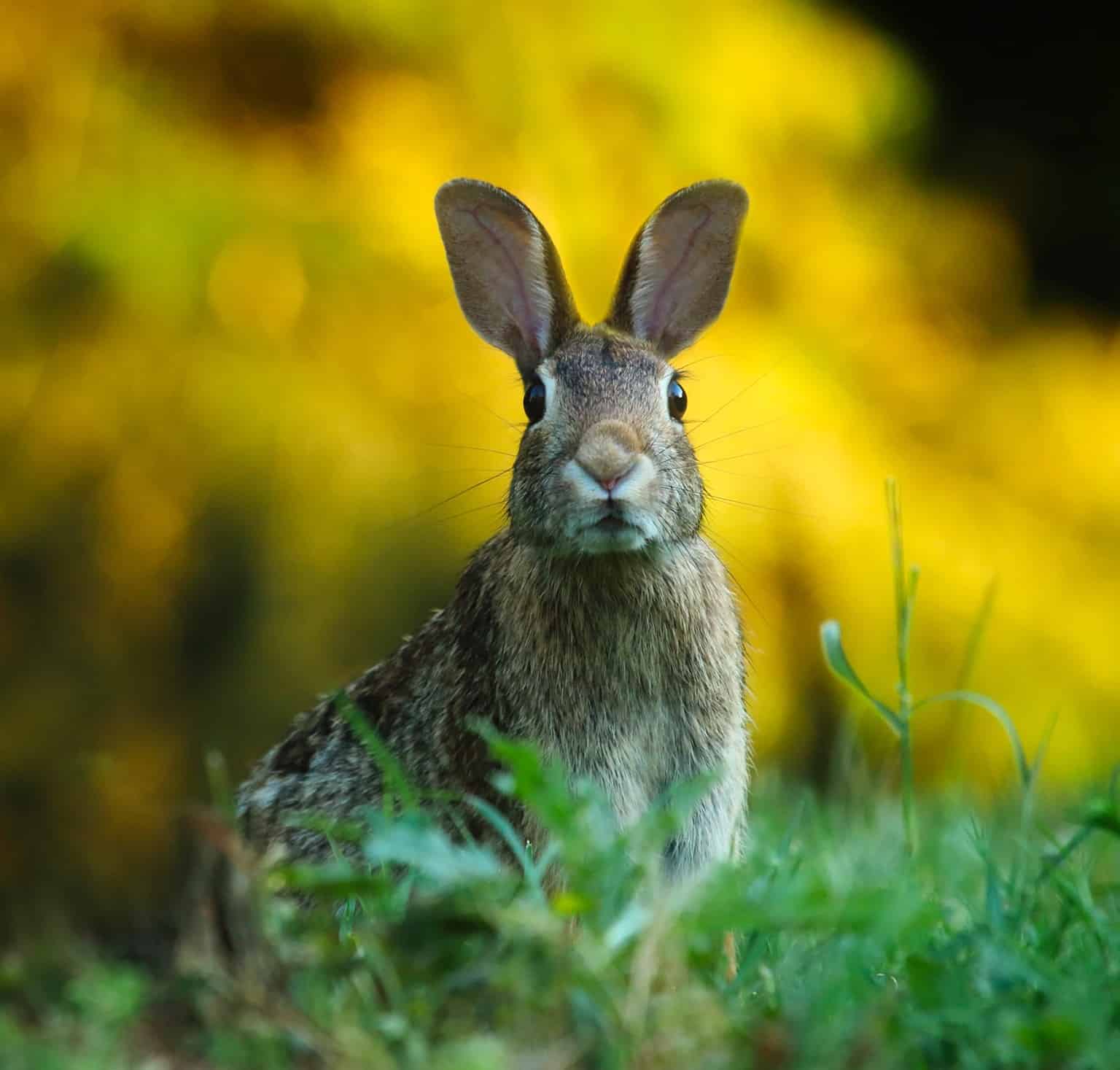 Rabbit scratches can be a common issue for many people who own pet rabbits. Despite their adorable good looks and gentle demeanor, rabbits do have claws and can scratch with them.

Some people have gone so far as to raise the alarm about specific risks to people who are scratched by rabbits. Sounds serious! Are rabbit scratches dangerous?

No, rabbit scratches aren’t particularly dangerous, they may cause you an infection. While physical tissue damage is rarely serious, infection is fairly common. Rabbits can carry various strains of significant bacteria and parasites, so caution is advised.

While rabbit scratches may not be deadly per se, they can lead to some pretty nasty infections. And in some rare cases, these infections can be quite serious.

But, most of the time, you don’t have anything to worry about if your rabbit scratches you. Keep reading to learn everything you ever wanted to know about rabbit scratches.

I didn’t even know rabbits had claws!

They also use them for self-defense and to groom themselves. Though rabbits most often use stealth along with their speed and agility to avoid danger they may use their claws for self-defense as a last resort.

Domestic rabbits may have long, sharp claws since they will not use them nearly as much as they would in the wild.

Rabbits’ claws grow continuously, so they need to be regularly trimmed just like a dog’s or cat’s. If you are unable or unwilling to do it yourself your pet rabbits will need their nails trimmed by a veterinarian or professional groomer.

If not properly trimmed, the rabbit’s nails can grow long and sharp or even begin to curl back into their paw pads. At any rate, long nails mean it is much more likely you could be clawed on accident.

Why Do Rabbit Scratches Happen?

There are numerous reasons why rabbits scratch, either deliberately or by accident.

When a rabbit scratches the environment or other members of its group, it is depositing a small amount of its scent.

This combination of scent markings helps the rabbit communicate with other rabbits and is an important way of marking territory.

Scratching is also a way for rabbits to enforce their dominance over other rabbits. Consequently, scratching plays an important role in social interactions among rabbits and helps them to establish their place in the hierarchy.

Because rabbits are territorial animals, they will also usually scratch as a warning. The rabbit is trying to tell the intruder that this is their territory and they should leave.

If the intruder, in this case you, doesn’t leave, the rabbit may try to fight them off by kicking and swiping.

So if you see a rabbit displaying this territorial behavior it’s best to give them some space and respect their territorial rights or else you could get a scratch.

Rabbits also have defensive instincts that will see them lash out when highly stressed, in pain or afraid. Usually, this involves using its powerful hind legs to kick and claw at the attacker.

However, this is generally considered a last resort as it can be very painful for the rabbit and may not be effective in deterring the “attacker.”

During this time, they may start to display some changes in behavior, including an increase in scratching. Similarly, rabbits that are poorly socialized often display bad attitudes and will scratch earlier and more often compared to well-adjusted rabbits.

Serious Diseases Can be Transmitted via a Scratch from a Rabbit

No matter how it happens, a rabbit scratch is rarely a serious wound, physically. You are likely to walk away with a noticeable scrape, maybe a tiny bit of blood, and that is all.

However, rabbit scratches can prove to be quite serious should you become infected by bacteria or parasites that rabbits are known to carry.

Encephalitozoon cuniculi, also known as E. cuniculi, is a parasite often found in rabbits. This parasite can be transmitted to humans through direct contact with rabbit urine, feces or saliva and scratches are particularly susceptible vectors for these microbes and other bacteria.

Human health problems associated with E. cuniculi include meningitis, encephalitis, and blindness. The parasite can also cause kidney and liver damage as well as skeletal deformities.

Though it rarely affects healthy adults, children and immunocompromised individuals are at particular risk.

Aside from E. cuniculi, rabbits can also transmit bacteria like Bordetella bronchiseptica and Streptococcus.

These bacteria can cause severe respiratory infections in humans, once again particularly in young children, the elderly, and those with weakened immune systems.

Tularemia is another bacterial illness that can be transmitted through rabbit scratches. Often known colloquially as rabbit fever, this disease causes tissue damage in the form of ulcers, swelling and damage in the eyes, pneumonia, fatigue, and plenty of other problems.

If you get a rabbit scratch and start developing flu-like symptoms, see a doctor at once!

Last, and mercifully least, ringworm is a fungal infection that may be passed on to humans through contact with a rabbit infected with the fungus, particularly after a scratch.

The good news is that ringworm is not harmful, usually, and can be easily treated with anti-fungal medications.

However, the bad news is that it is obvious, ugly, annoying, and highly contagious, and can be passed on to other members of your household very easily.

So, in short, rabbit scratches can transmit some serious diseases, but these are relatively rare and usually only affect those with weaker immune systems.

However, it is always best to err on the side of caution and see a doctor if you feel odd or notice symptoms after getting a scratch from your sweet rabbit.

What You Can Do to Keep from Being Scratched

Minimizing the chances of a scratch from your rabbit is pretty easy. Keep their claws well-trimmed, and shaped regularly.

Also, make sure to socialize your rabbit well from a young age so that it learns proper boundaries and behavior.

Regularly handling your rabbit will help build trust and familiarity with you, allowing you to better teach good manners when it comes to scratching.

Rabbits are intelligent, and it is possible to train your rabbit not to scratch, much of the time. Try using positive reinforcement, like treats, when your rabbit refrains from scratching. You can also try using a water bottle to spray your rabbit should it scratch inappropriately.

Also, be sure to avoid handling or picking up your rabbit when it is stressed, frightened, or hurt. Even a well-behaved pet may act erratically when in a major stress position.

In conclusion, while rabbit scratches are of little concern in terms of physical damage, they can potentially transmit some serious diseases.

So long as you are cautious and healthy, however, you have little to worry about. Rabbits are intelligent and with good socialization and care the risk of a scratch is extremely low.

"Hi! I'm Kendra. I'm a wife, mother, and homesteader. I love everything that has to do with simple living. I'm a canning instructor, an avid gardener, and a constant learner of old-fashioned skills. Here is where I share it all. Welcome to the adventure!"
Are Rabbits Actually Profitable To Raise?
So, Can Rabbits Eat Eggplant?
What Rabbits Can Eat - And What They Shouldn't