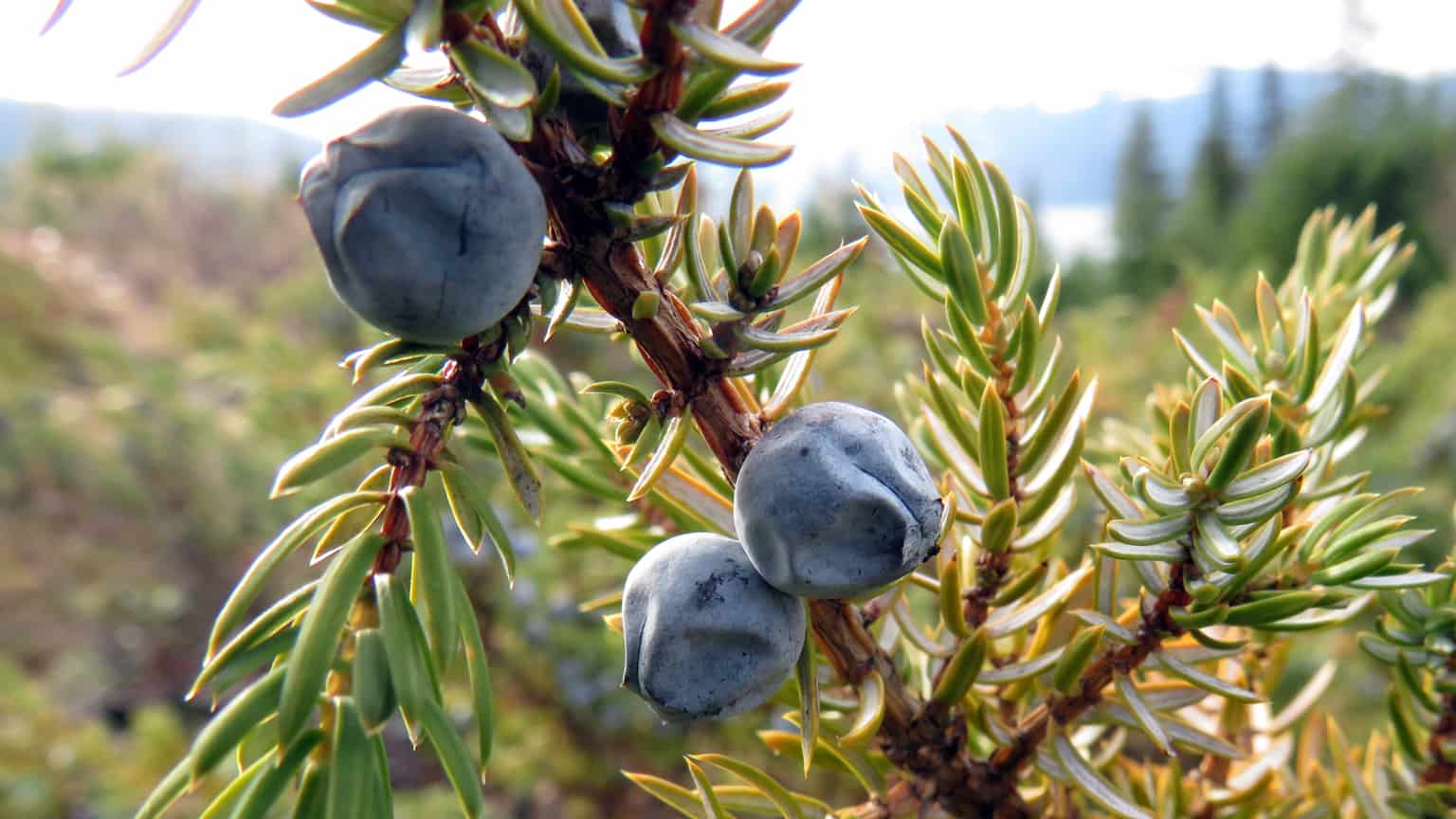 I think it’s fair to say that we all enjoy good fruit, am I right? Of course, I am! They’re sweet and juicy, and they often look very appetising.

Now, while there are many edible fruits in the wild (such as delicious wild strawberries), there are also a huge number of inedible plants which can cause serious health problems.

So, on which side of the spectrum do juniper berries fall? Are they poisonous?

Yes, juniper berries are poisonous, though you can eat some of them in small amounts. They contain toxic oils which can cause serious kidney problems as well as general health problems.

Juniper berry plants can be found in North America, Asia, the Middle East, and Africa. Now, most juniper plants are poisonous with some being more poisonous than others.

The most common plants are Juniperus Sabina and Juniperus Communis.

As it’s considered the safest of the juniper plants to eat, Juniperus Communis is often used to flavour food and drinks.

Other species of juniper plant species include:

Juniper berries from Juniperus Communis are considered the safest ones to eat BUT it’s not recommended that you eat high quantities of them.

Okay, so we know that Juniperus Communis is considered the safest of the berries to eat. Now, let’s look at some of the less edible ones, shall we?

The other common juniper plant is Juniperus Sabina – also called the Savin Juniper.

What happens if you’re unlucky? Well…ingestion of savin oil and/or thujone oil can be fatal.

As far as poisoning symptoms go, their severity will vary depending on which toxic juniper variant you ingest.

Something else to watch out for is allergies. Some people may have severe allergic reactions to the berries which can and probably will only add to the other problems.

Uses in Food and Drink

Juniper berries have been used to add a bit of extra colour and flavour to foods since ancient times and are commonly made to make drinks – like Gin.

I realise this doesn’t make much sense – if they’re poisonous/dangerous, then why are they used in drinks? Well, they’re made via infusion.

Infusion involves adding a tablespoon of juniper berries to a bottle of spirits like vodka and storing it in a cool, dark place for a week or so before adding whatever additional flavours you like.

What this does is add a hint of colour and juniper berry flavour without risking exposure to the toxic oils. The oils are, after all, inside the fruit.

Since you’re not being exposed to the oils, you’re avoiding damage to your kidneys and other organs.

While eating small quantities of juniper berries might not hurt you, eating large ones most certainly will do some serious damage.

Of course, this is why your parents typically stop you from putting weird things in your mouth when you’re a kid! This is a rule that’s reinforced time and again on guided nature walks and scout hikes and for good reason.

Kids don’t eat just one berry at a time. They eat berries in bunches and, while small quantities might not hurt them, they’ll eat large amounts which, as I said before, will do some serious damage.

If you don’t know what it is, don’t touch it!

Juniper berries don’t taste good, and the health issues associated with them just aren’t worth the risk. The bottom line is that it’s better to be safe than sorry -so don’t eat these!

"Hi! I'm Kendra. I'm a wife, mother, and homesteader. I love everything that has to do with simple living. I'm a canning instructor, an avid gardener, and a constant learner of old-fashioned skills. Here is where I share it all. Welcome to the adventure!"
Foraging and Using Japanese Knotweed
Foraging and Using Sow Thistle
Is Lady's Thumb Edible?
Wild Lettuce Lookalikes - 6 to Watch Out For
I Found A Wild Pawpaw Tree!