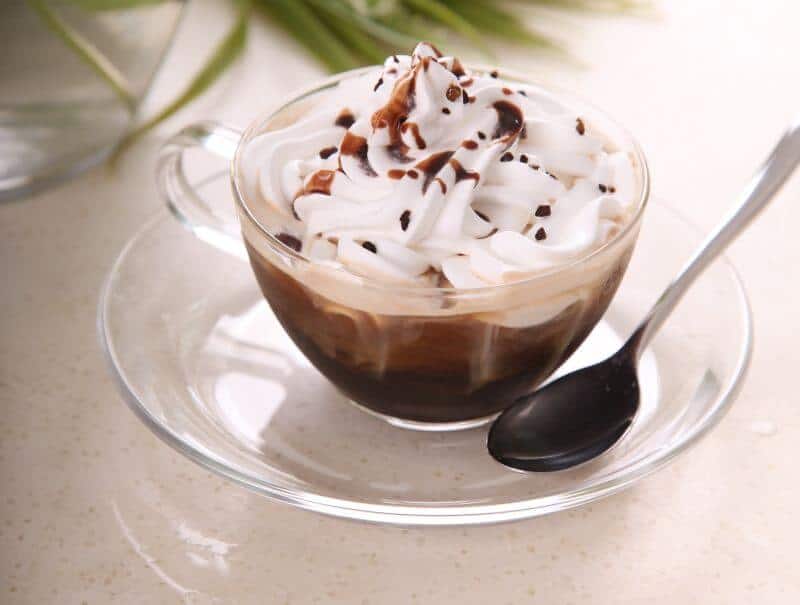 This can be served for dessert, or is good anytime. In the summer, I will get a small cup of soft ice cream, and a small hot coffee. Mix the two together in a large cup, and the results are delicious. 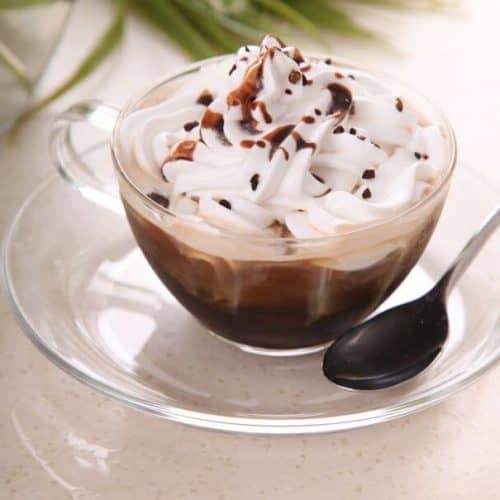 Brew the coffee to the desired strength. Place a more generous amount of ice cream in a mug, and cover with coffee.

Two things that are much loved are strong black coffee, and ice cream. Snow mixed with honey was apparently eaten in 200 BC, and snow sweetened with fruit and fruit juice was enjoyed in the Roman Empire.

A forerunner of ice cream is still enjoyed in Vermont to this day, when hot maple syrup is drizzled on fresh snow. The snow freezes the maple syrup into a chewy texture. Raspberry or blueberry jam blended into fresh snow is another option.

Ice cream as we know it has been around since the 1500’s, when it was called cream ice. The first recorded mention of Ice cream in America was in 1774. Ice cream became readily available and widely known starting in 1851 when Robert Fusell began large-scale production of ice cream, made possible as new technology was designed.

Gelato is a different from ice cream. It originated about 1686 in what is now Italy. Gelato is a more concentrated form of ice cream, with less water content, less fat, and is served at a warmer temperature than ice cream, 20 to 35 degrees F vs. 6 to 10 degrees F.

Soft ice cream, aka, soft serve, aka a Cremee, is hard ice cream inflated with air and served at a higher temperature; 18 to 25 F.

Affogato is Italian for “drowned”, referring to drowning ice cream or gelato in coffee or espresso. The actual origin of the dessert drink is elusive. It is a very simple and delicious option for dessert.

You can dress it up with chocolate or caramel sauce, a drizzle of maple syrup, shaved milk or dark chocolate, or a dash of cinnamon or cocoa. You can also add a shot of spirits.

Some flavors that go together are:

Print or Save this article as PDF
165
Shares