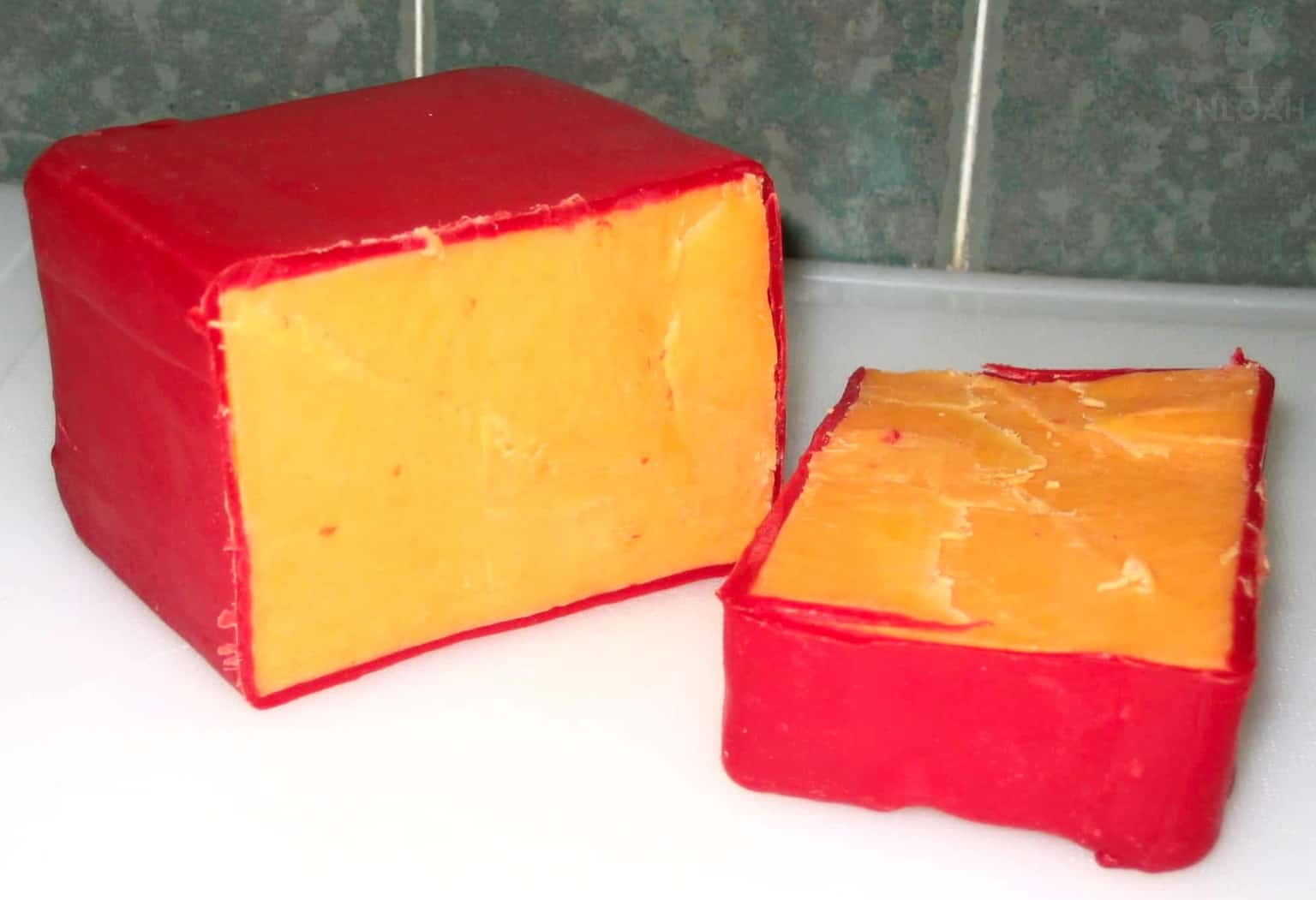 Several weeks ago I had a chance to experiment with waxing cheese. I really had no idea what I was doing, but I’ll show you how it went anyways. Just for fun. And it was fun. Probably too much fun.

The biggest benefit to waxing cheese is that when done properly it can be stored unrefrigerated for many years. Some places I’ve read have stated it will last up to 25 years. Some sources have said indefinitely.

The flavor of the cheese will sharpen as it ages, and it may get some mold on it, but it will still be edible even after long periods of storage. The trick is to keep it cool.

Yes, you can can cheese. And you can dehydrate it. But waxing cheese will keep it in a fresher, more natural state.

What Kind of Cheese Can I Wax?

Homemade cheese or artisan cheese will be better to wax than already refrigerated store-bought cheese. Also, you want to watch that the cheese you will be working with isn’t more than 40% moisture.

Here’s an interesting excerpt from cheesemaking.com:

Usually cheese bought in the grocery store is an already aged to perfection finished product. Waxing it in small pieces may cause some problems. If a cheese is not turned on a regular basis gravity will cause all the moisture to fall to the bottom causing a mushy mess under the wax. We would suggest you buy whole wheels or make your own cheeses and after waxing them, turn over at least once a week to prevent problems. We also suggest you air dry your cheese for 2-3 days prior to waxing.

I’ve been wanting to learn how to wax cheese for a while now. Every homesteader needs to know how to preserve cheese, right?

So when I recently lucked up a really good deal for a 5 pound block of Colby, I thought I’d take an afternoon to try something new and wax it!

This was my beautiful block of Colby. I think it was locally made. Who really knows. It was a good deal though, so I grabbed it up from a friend’s co-op:

I thought about freezing it. But what fun is that? I’ve had a block of cheese wax sitting in my cupboard for a couple of years now, so this was the perfect excuse to get it out and play a little.

The first thing I did was cut the block into large cubes, and allowed them to air dry for a couple of days:

You want to let the outside of the cheese harden, so there isn’t moisture trapped underneath the wax.

I received a 1 lb. block of red cheese wax for my birthday a couple of years ago, so this is what I used:

Cheese wax is reusable, which is great. I’ve read other people say they wax their cheese with beeswax.

When you melt the wax, you must do it in a  double-boiler:

I put a pot with the wax in it over a pot of boiling water. This prevents the wax from getting scorched as it melts.

When the wax was melted, I simply dipped each chunk of cheese in to coat:

Some places I read said to brush vinegar over the cheese to inhibit the growth of mold. Some sources recommended rubbing it with salt. Some experts didn’t recommend doing anything in particular, so I opted not to do anything extra.

One dip, and then I set the cheese on a paper towel to allow the wax to harden.

It only took a minute or so for the wax to cool and harden. Not long.

Next, I dipped the other side in the wax:

And I quickly realized that my chunks of cheese were too big for the wax to coat completely with a dip on either side. Should’ve thought that out a little better.

I tried to paint the wax over the exposed cheese. Not such a brilliant idea:

I ended up just dipping all sides of the cheese in the wax, until everything was coated. It wasn’t evenly coated, but it was good enough to preserve the cheese.

I probably dipped each side about 5 times. They weren’t perfect, but they were so much fun to make!

I poured the leftover wax into a glass jar for future use. When I’m ready to use it, I’ll just heat the jar of wax in a pot of hot water, and pour it into the now-designated-cheese-waxing-pot. As for the brush – forget about it.

Once the wax cooled completely, I put the blocks of cheese into a ziploc bag and stuck them in the bottom of my fridge. It was the coolest place I had. A “cheese cave” is the preferred place to store cheese. Cheese will last longer when stored in a cool place, out of direct sunlight.

Okay, so it’s only been several weeks since I waxed the cheese. But one of the blocks got dented in the fridge, so I needed to use it anyways (since a corner of the cheese was now exposed). I was curious to see how it had held up so far.

It cut easily, and I was happy to find that there was no mold or liquid dripping from the cheese (as others have complained of having trouble with).

The wax peeled right off, and the outside of the cheese which had been allowed to harden was no longer hard, but was just as soft as the rest of the block. The flavor hadn’t changed, since it hadn’t been in storage for very long.

I re-covered the exposed end of the block of cheese with the wax I had cut off, and put it in a ziploc bag to keep fresh until we’d used it all up. When the cheese was gone, I saved the wax to use again. Just wash it off, dry it, and store.

I really enjoyed the waxing process, and look forward to doing another batch.

I am by no means an expert. There is still a lot for me to learn when it comes to making and waxing cheese. There is a lot of really good information on the internet, so I’d encourage you to do some more research into why and how to wax cheese.

You may not realize it, but this can be a controversial subject.

If you’ve been waxing cheese for a while now, and have any advice to offer, I’d love to hear what you have to share! What kind of cheese do you wax? Which kind of wax do you prefer? Where do you store your cheese?

9 thoughts on “How to Wax Cheese Step by Step”