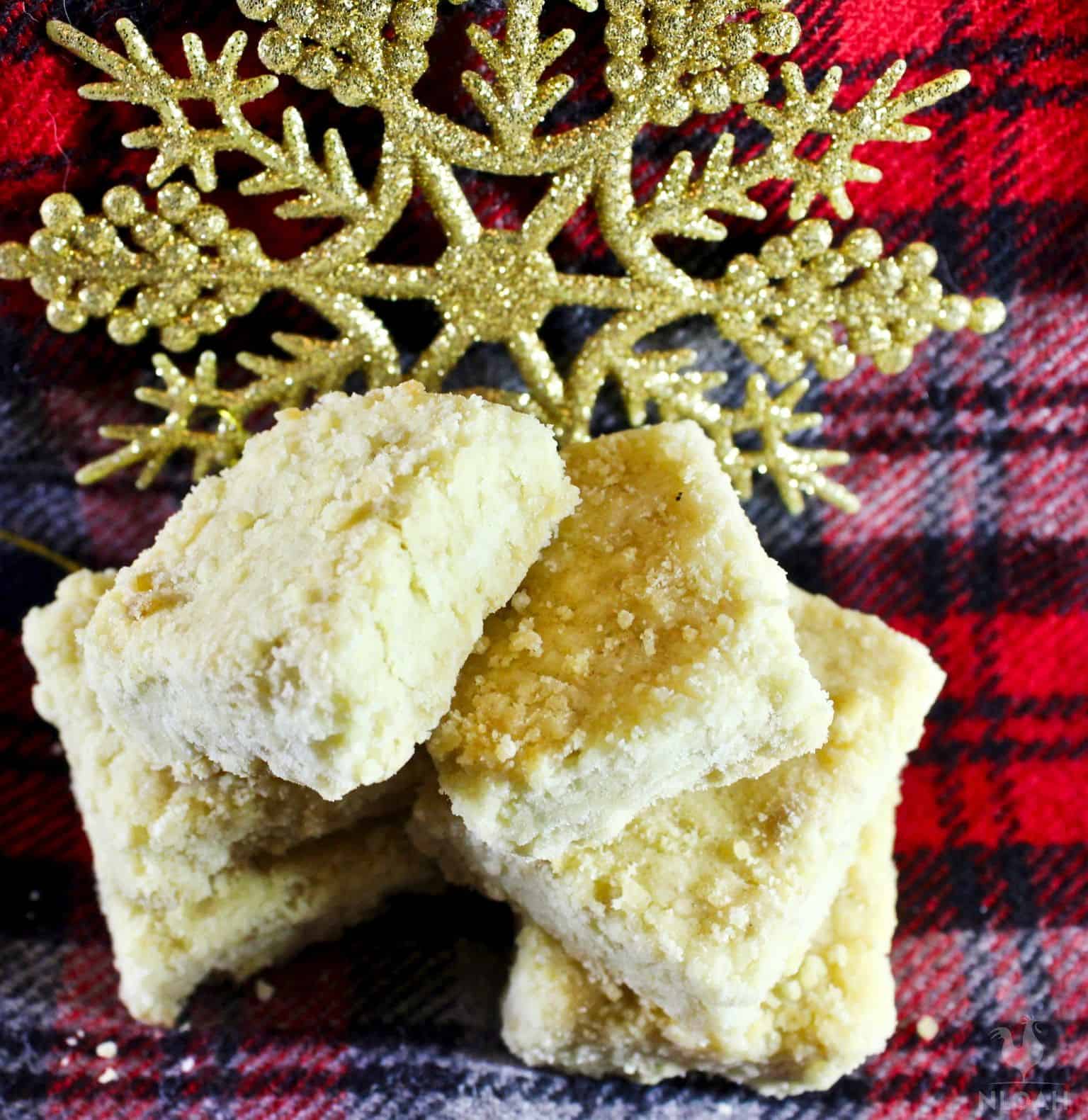 In our household Christmas was associated with Scottish relatives bringing across beautifully packaged traditional shortbread, when they came to stay with the cousins in South Africa. My mom would get busy in the kitchen preparing the shortbread, according to the way her great aunt from Edinburgh had taught her.

Don’t try getting a traditional Scot to accept anything other than Scottish made-with-butter shortbread. Everyone can enjoy this special little treat, especially around Christmas time and Hogmanay – the Gaelic for New Year’s Eve celebrations.

Shortbread is offered at New Year and first footers – meaning the person who first set foot over the threshold after midnight had to bring with him certain symbolic items and these included a piece of coal, a dram of whisky, and shortbread.

The first footer had to be a dark haired male to ensure good luck so it was usually my dad who had to scoot outside, unseen by the rest of the mob inside and then knock on the front door and be greeted with enthusiasm by everyone as if they hadn’t seen him for years instead of a couple of minutes before when the countdown to New Year had been loudly celebrated.

Now, Scottish shortbread should have around 24% butterfat content to get that special buttery flavor, and it is fairly simple to make – flour, butter, sugar and a little vanilla.

Of course you can add other ingredients but then it wouldn’t be traditional shortbread. Here is a recipe for a batch of Scottish shortbread. I must admit the first time I made the bars too thin – more like thin biscuits than the ½” to 3/4” required to make a batch of a decent thickness.

It pays to remember when putting the mix into the pans that there is no rising agent so what you see is what you get in terms of the thickness of the bar.

Also, when baking you need to watch the shortbread carefully – you want it just turned a nice pale gold – no brown burnt offerings nor any milk white shortbread, that has been undercooked. Some people ask why their shortbread is soft – perhaps too much butter or not enough sugar, perhaps not cooked through.

All I know is if you follow this recipe it’s pretty foolproof and should come out crunchy every single time.

It’s important to remember to cut the shortbread while it is warm otherwise when it cools it breaks as you can see in my picture – I did not cut immediately and the shortbread looks raggedy:

The next batch I cut when warm and the squares ere thicker and turned out pretty well. The only problem with this recipe is it doesn’t last – everyone goes dipping into the cookie jar! 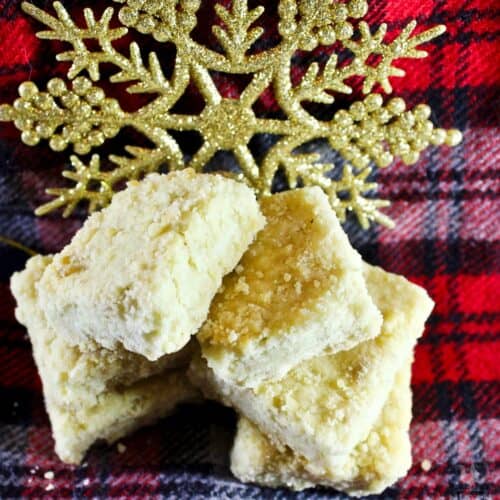 Print or Save this article as PDF
Jeanie Beales

After a couple of university degrees, a teaching career in Art Education and English at secondary and tertiary level, a few years in journalism, the modelling and fashion industry, and a family followed. Then, one day when marking about the 256th essay during exam time I decided – enough – I’ll do my own writing instead and have never looked back. Travel writing, recipe development as well as writing about homesteading matters, camping, health, children, medical matters, press releases and copywriting keep me busy. Holidays and weekends have been spent in the great outdoors, hiking, fishing and diving all around the world. Learning tricks from other cultures on planting and gardening brought new ideas to food gardens and creating beautiful outdoor spaces. And everywhere I go my camera goes too – so many of the articles are illustrated with my own photos.