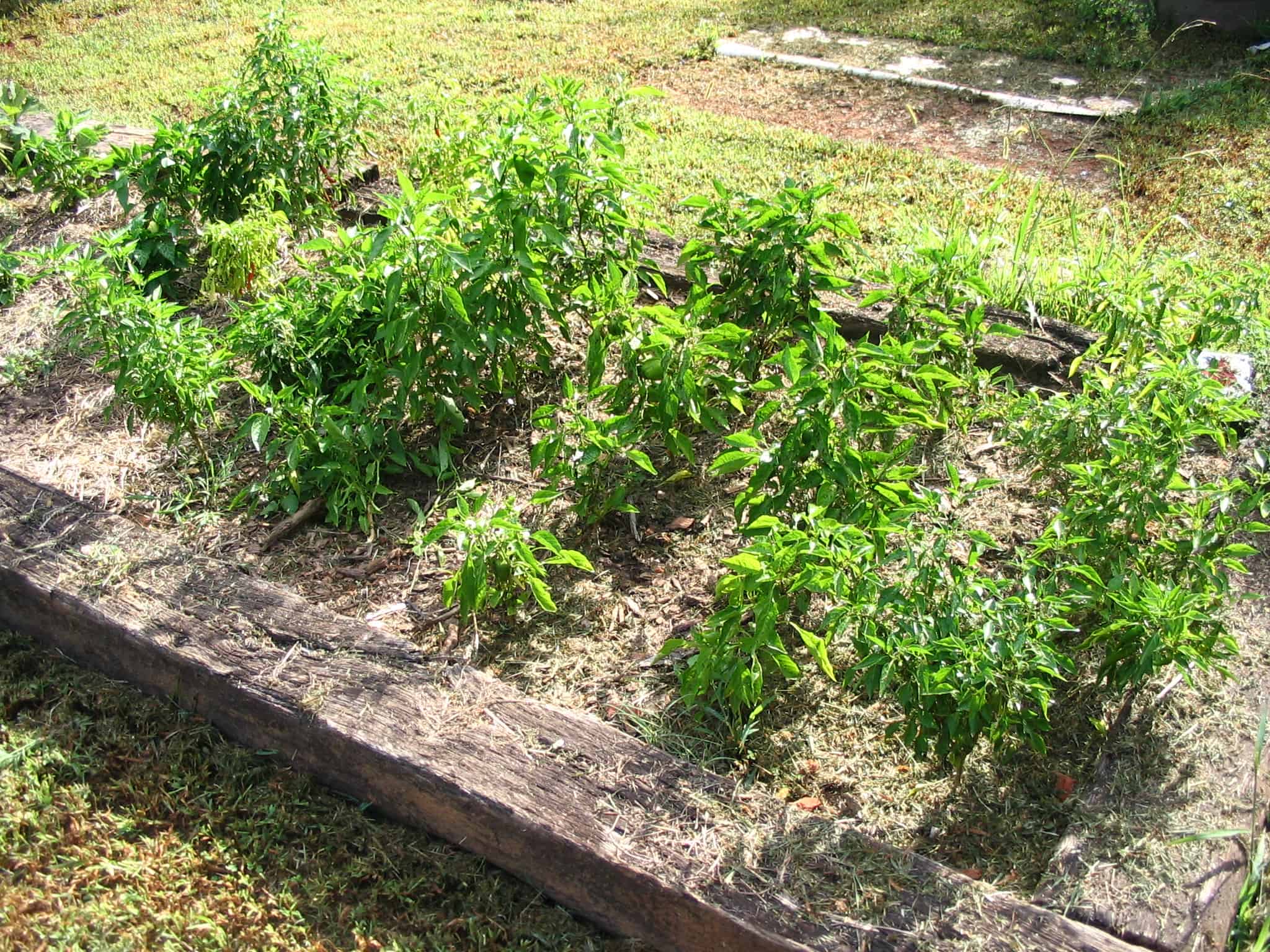 Every year that I garden I learn something new. And every year the harvest grows. This was our best pepper harvest yet. It wasn’t a huge amount, but definitely more than years past.

I’m wishing I’d weighed our peppers as I brought them in from the garden, but a handful here and there didn’t seem significant enough to document. I really have no idea how many peppers we’ve picked so far, but the 29 plants are still producing as I type this.

What I Learned About Growing Peppers This Year

What I Learned About Each Variety I Grew

I grew these mostly for medicinal purposes. I don’t normally cook with cayenne. You can make a tea with it to drink for colds and flu, or gargle with cayenne tincture for sore throats.

A compress made from cayenne is good for rheumatic pains, sprains, and bruising. And you can use infused oils of cayenne for a warming massage to help with arthritis pain.

According to The Complete Medicinal Herbal by Penelope Ody, cayenne seeds can be toxic, so I decided to remove them before drying the peppers. I dehydrated them in a food dehydrator.

You pick cayenne peppers when they turn red. I’ve been surprised by how abundantly the plants have produced. I didn’t need to plant nearly as many as I did. I’m thinking four of these plants probably would have been sufficient for my needs.

A sweet, mild pepper. Great for salads, stir-fry, fajitas, and in any dish where you’d use a yellow or orange bell pepper, in my opinion.

You can pick them at this creamy yellow-white stage, or you can wait until they fully ripen to a reddish-orange.

Another mild pepper, these are great for pickling and frying, both of which I’ve been experimenting with. I’ll try to post how to can them soon.

I seeded a half-dozen of these peppers, and sautéed them in olive oil infused with garlic until they were soft and slightly browned. Lightly salted, they were delicious as a side dish by themselves.

I use bell peppers for so many dishes, I knew I needed to plant a lot of these. The plants have done really well, though not as prolific as the smaller pepper varieties.

We prefer yellow, orange, or red peppers to the green ones, but I’ve been afraid to leave them on the plant long enough to allow them to fully ripen. So, I’ve been picking them green.

I’m always afraid they’ll start to spoil if I leave them too long, but I’m going to watch the peppers currently on the plants and see how they do as they continue changing shades. You can pick the peppers at pretty much any stage, as needed.

I’d love to hear what your favorite varieties of peppers are, and how you use them!