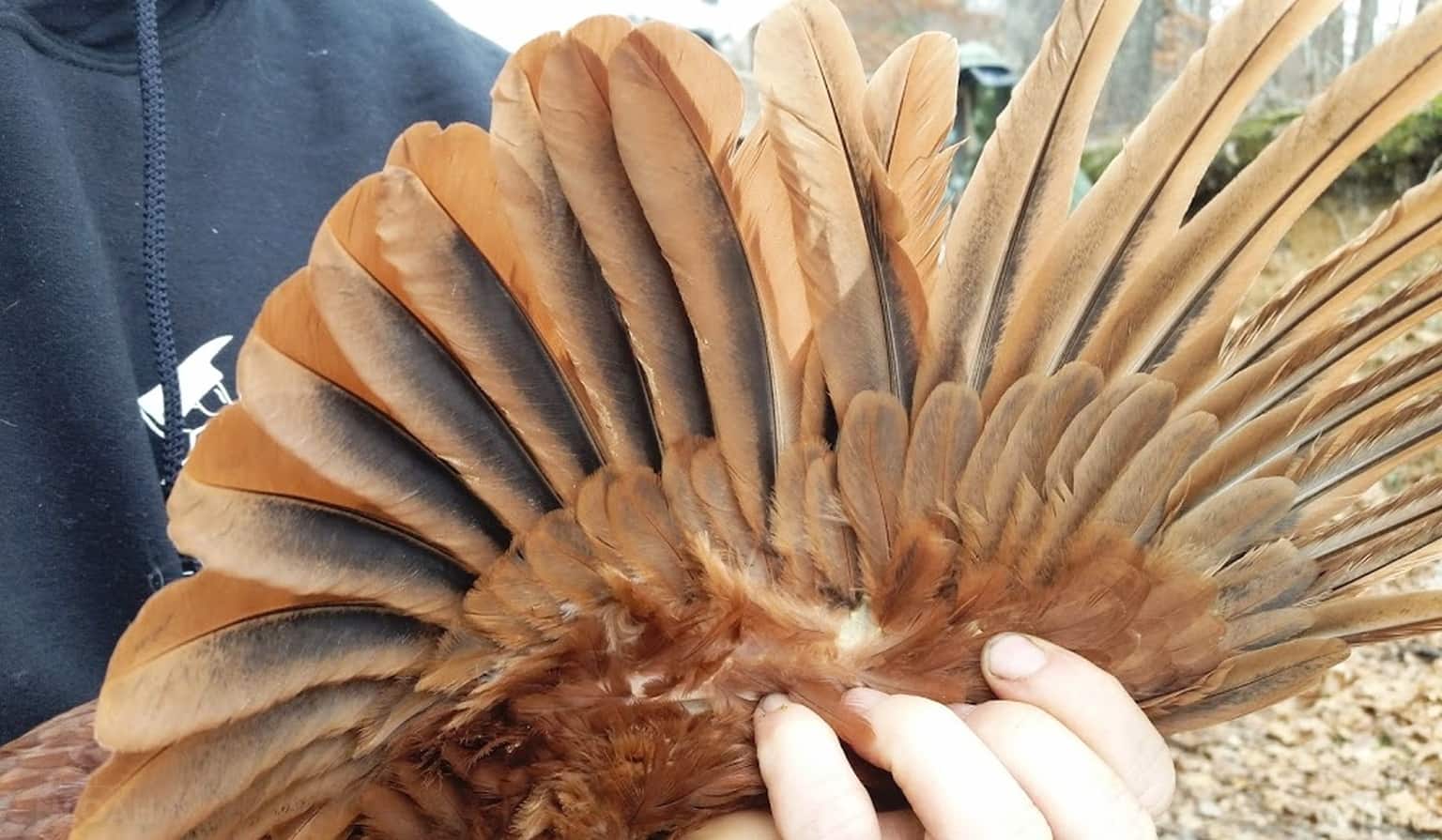 Chickens are not a bird of flight per say. They can get a little lift to escape the chicken run. They can also manage to get up in a tree to roost. Being able to roost in a tree isn’t necessary if your chickens sleep in a coop.

For the safety and well being of your feathered friends you may want to consider clipping their wings. Clipping the feathers on the chicken wing does not hurt them. Think of it as clipping your fingernails, they will grow back. You can even do this task by yourself, it is that easy.

I usually like to clip the wings of my new chickens so that they have to stay in the run and yard and not escape. This helps them to learn new boundaries.

My chicken run is covered but I like to let them free range on nice days. I do not clip the wings on my chicks until their adult feathers are completely in. Roosters and hens alike can have their wings clipped.

The wing feathers will grow back in, especially after molting. You may want to reclip the chicken wing about six or so weeks after molting as they have grown back out. You will also want to check periodically as it just takes the clipped feathers to get to the right length to allow for flight.

The shaft is where you will inspect for blood before clipping. Where the blood lies in the shaft you will notice that it is darker and turns white as you go toward the tip of the feather.

This is the underside of the chicken wing.You can see the shaft running up the center of the feathers at this angle.

There are lesser coverts, median coverts, secondary coverts and primary coverts. The tertial feathers are the ones that grow on the side of the wing next to the chickens body.

I have color coded the different feathers for easier identification:

The key to a successful wing clipping is to only clip one wing. If you clip both wings then the chicken can still fly.

You have to make the wings uneven so that the chicken is unbalanced and can’t fly high, it can still flap and jump down without harming itself. Cutting one wing will do the trick and keep the bird on the ground. 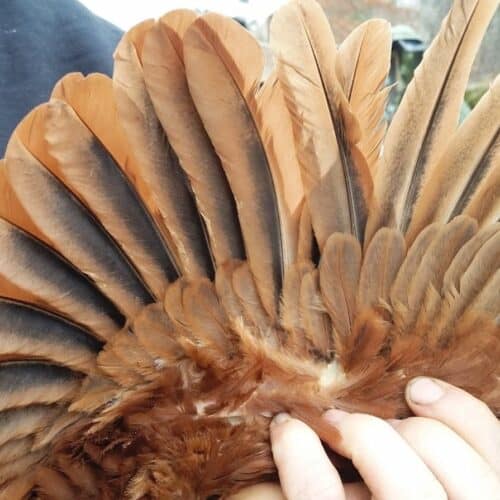 This does not hurt the chickens, they are more bothered by being held than actually by clipping their feathers. I usually recruit my kids into chasing the chickens for me as they enjoy it and I can just clip and release.

When clipping you just need to take the feathers down some. There is no need to completely remove the primary feather exposing skin or bringing blood.

The new feathers that grow back in are called pinfeathers and they will grow in the same order as the old ones were lost.

During the molting process you will notice that the hens aren’t really laying eggs either. During this time, the chickens need to reserve their nutrients and therefore still need to be fed a high quality feed. Molting occurs every year with chickens and so you will probably be clipping wings again when the feathers are done growing.

All livestock requires some amount of care, and clipping chicken wings is one of the easier tasks there are to conquer. Good luck and happy wing clipping of your feathered friends.

1 thought on “How to Clip Chickens’ Wings the Right Way”