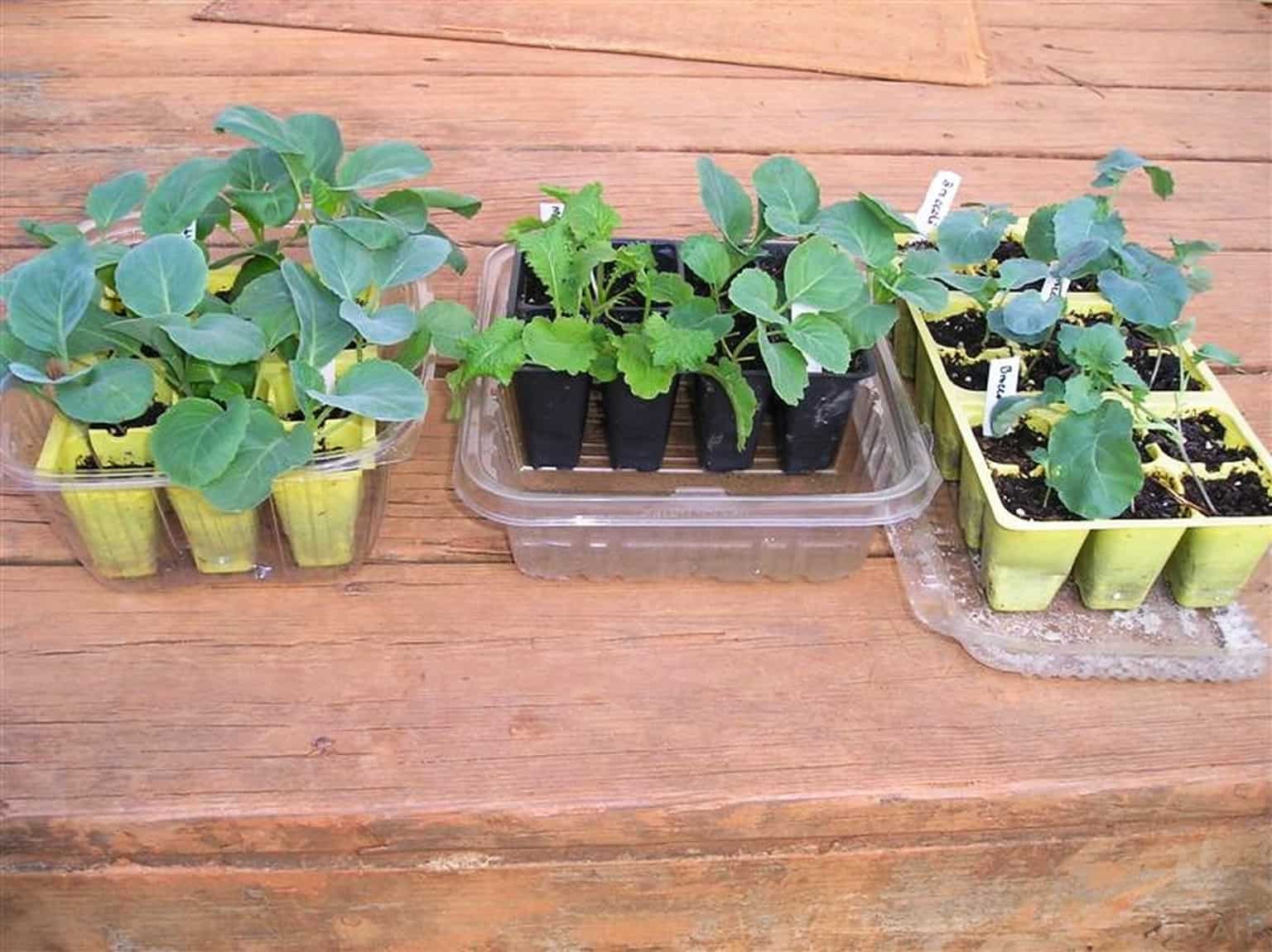 Now that some of my seedlings have several sets of “true” leaves, it’s time for the hardening process. This just means that I will be getting my very pampered plants used to being outdoors.

Up until now, these guys have been sitting at a comfortable 70(ish) degrees F (21 C), under constant light, with no fluctuation of weather or wind. If I were to plant them straight into my raised beds without acclimating them to being out in the elements and direct sunshine, they’d go into shock, shrivel up, and die.

Hardening plants is a gradual process. It takes several days of placing your plants outside and letting them adjust to their new environment a little at a time.

You have to be careful not to leave them too long, though, or all the work you’ve put into growing your plants could be lost in a single hour.

There are books that give fairly vague instructions for hardening plants. They say something like, put your plants outside for an hour on the first day, then two hours the next day, then three, and so on until your plants have withstood an overnighter. But I’ve found it to be a little more involved than that.

You really have to watch your plants, watch what they are telling you. An hour on the first day might be too long, especially if the sun is particularly harsh. Or, your plants might be fine pushing two hours right away. There really is no hard and fast rule.

Once your seedlings have at least two sets of true leaves (though 3-4 sets is better, if you aren’t pressed for time), they are big enough to be hardened. I like to prepare my plants by making sure their soil is very moist before putting them outdoors. They can dry up very quickly in the sunshine.

Pick a fair weather day to take your plants outside. Not too windy, not rainy, not too hot. An overcast day works well as a starting point. I like to take my seedlings out either in the morning, or in the late afternoon, when the sun is weaker than it would be in the middle of the day.

After placing the trays of seedlings out near the garden, I set a timer for 30 min. so I don’t get busy and forget all about my seedlings. (Been there, done that.) After a half an hour is up, I’ll go out and see how the plants are doing.

If they’re begging for mercy (wilting, droopy), I will bring them back inside and call it a day. If they look like they can hang a little longer, I leave them for another half an hour. I usually give my plants one hour max that first day.

On the second day I do the same thing, but I set my timer for an hour. If after an hour they’re wilting, I bring them back inside again. If they look okay, I push it to two hours. It really all depends on how much your plants can handle.

Gradually increase the plants exposure day by day in this manner. Don’t ever let it get to the point that the plants are completely fallen over.

If the stem is no longer erect, your plant isn’t going to survive the shock. Judge by the wilting of the leaves, and err on the side of caution. After weeks of babying these plants, you’d hate to push your luck and fry them in an afternoon.

I have an unheated greenhouse, which I’ve been using to harden my plants. During the day, it has been really hot in there (over 80*), so I have to open all of the windows and let it cool down to between 60-70* before I can put my seedlings in there.

Otherwise, the heat itself would kill my plants. Broccoli and Cabbage in particular are cold weather plants, and they cannot withstand high temps as seedlings.

I’m using the greenhouse because we’ve had daytime temps in the 40s, and I’m afraid it would be too much of a shock to go from the warmth of our home to such a low temperature. You could also use a cold frame in the same manner, just be sure to keep the lid open during the day so you don’t scorch your plants.

When my plants are ready to spend the night outdoors, I’ll do it in the unheated greenhouse first (w/ windows closed to keep it somewhat warm still).

If they do well, the next night I will let them stick it out in the garden. As eager as I am to get them into their raised beds, I’m still going to take it slowly.

I’ve killed many seedlings in the past by pushing the hardening off process. It’s a terrible bummer, and I’m hoping to avoid catastrophe at all costs this time around.

I do need to get these guys out of the house now, though. I’ve got trays and trays of new seedlings popping up daily, which will require the limited space I have under grow lights. One of these days I’ll have a heated greenhouse, and I won’t have to use my indoor lights anymore. One day…!

That’s how I  harden plants. Do you have a different, or better way of doing things? I’d love to hear what works for you!

9 thoughts on “Hardening Plants Before Transplanting”