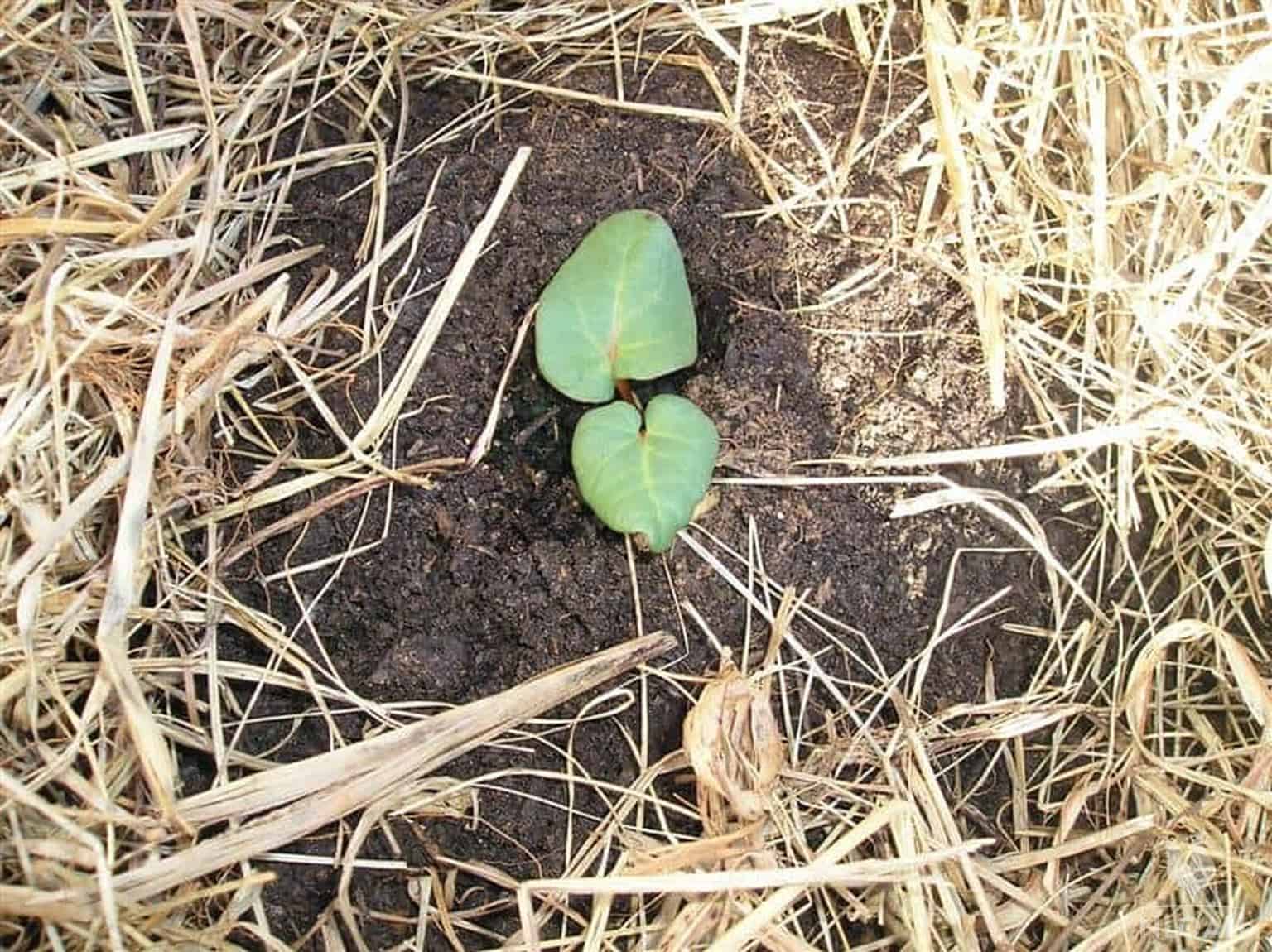 Rhubarb seeds was one of those things I ordered from the seed catalog out of sheer nostalgia, knowing nothing of how to grow them, nor if they would even do well in my area.

Turns out, nobody plants rhubarb from seed. It’s actually one of those few plants that you’re supposed to buy as a crown or root (like asparagus and strawberries).

Don’t get me wrong, you can plant them from seed. It’s just not recommended as the plants you get might not be true to their parent plants.

It also just so happens that rhubarb supposedly does not grow in my region. Figures.

Oh well. I’ve already got the seeds so I might as well give it a shot! It would be cool if I was the only one around growing this stuff.

On Jan. 22, I started some rhubarb seeds indoors. I just did them like I do most seeds I start: filled a yogurt cup with seed starting mix, buried one seed in each cup about 1/2″ deep, and kept it moist until it germinated and the little seedling emerged (which was 11 days later).

Then I put the cups under a fluorescent shop light on my kitchen counter for about three weeks before moving them outdoors to harden off.

I think I killed a few of them in the process though. It stinks when you forget to open the windows to the cold frame and your tender little seedlings get all shriveled up and limp! Oops.

Today, I transplanted my healthiest rhubarb seedlings. Now is the perfect time to put them in the ground, as they really do need cool temps to get established before Spring.

I planted them in several inches of rich compost, in a spot that gets good morning sun, but shade later toward the evening. I’m hoping it’ll help them not get too hot in the summertime.

If these little guys actually take off, it’ll be next year before I can harvest anything off of them. I don’t mind the wait, though. It’ll be fun to see what they do!

Have you ever tried growing rhubarb from seed?

9 thoughts on “Growing Rhubarb From Seed – Step by Step”