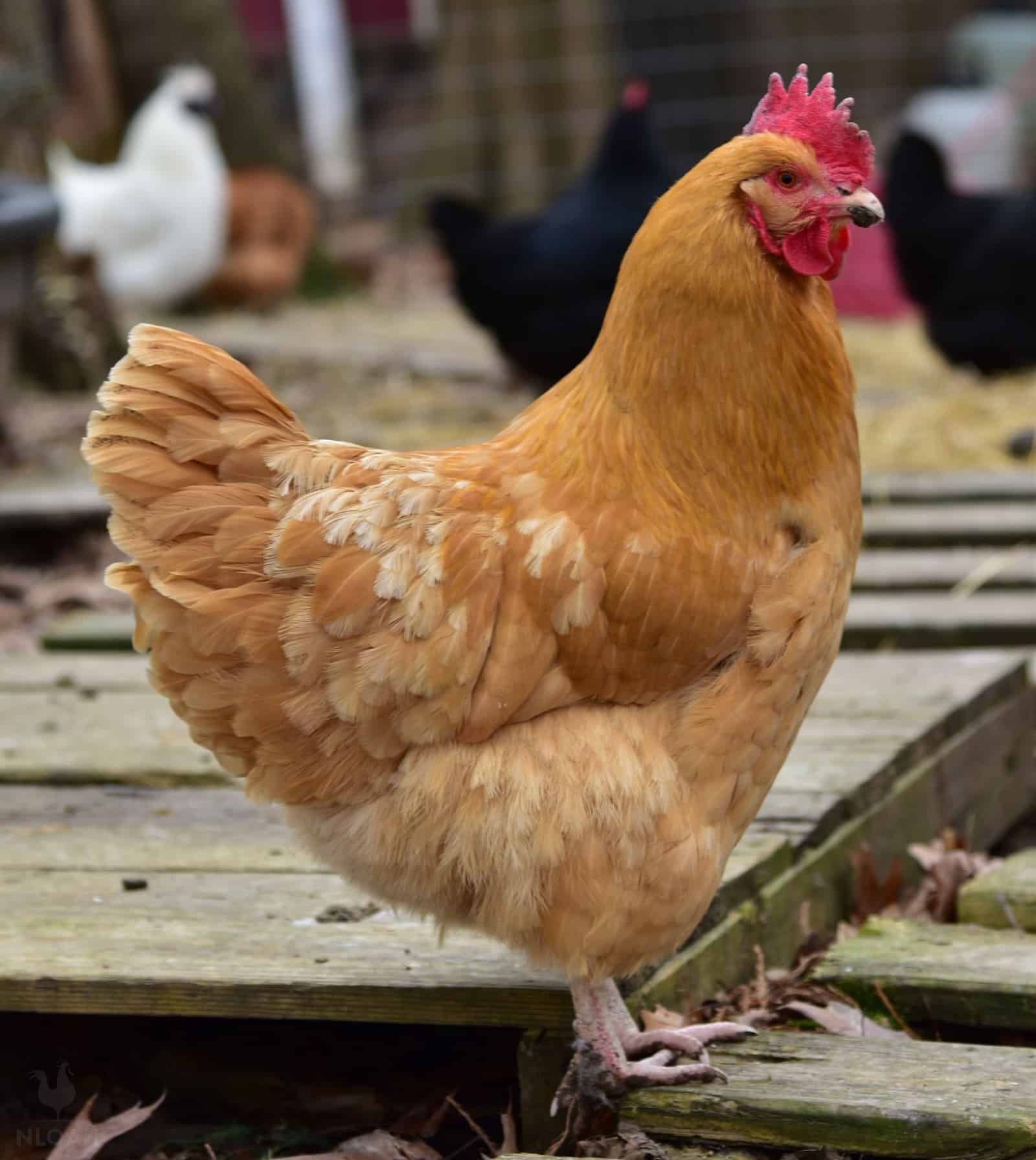 Last summer we bought a bunch of hens and baby chicks from a local couple. Of course we didn’t know it then, but there were a few roosters along with the young hens we’d purchased.

Now that they are big enough to know that they are roosters and are jumping on the hens, I’ve been wondering if it matters that they are inbreeding with their sisters or possibly their mama. I don’t exactly want a bunch of deformed chicks running around!

No, it doesn’t really matter if chickens inbreed. This is not something to worry about unless you’re at the 5th or 6th generations of continuous inbreeding.

What is Inbreeding as it Refers to Livestock?

Many people wonder whether it’s safe to breed roosters with hens that are related to them. In some species (humans come to mind, of course) this would be incredibly dangerous.

There are quite a few genetic problems that can arise from repeated or one-time inbreeding, especially as the two relatives that are breeding become closer in genetics.

However, in livestock like chickens, the problems are reduced. You are perfectly fine to inbreed your chickens, particularly if you are only doing it in the short-term.

In fact, in animal husbandry, this practice is actually widely used and positively regarded. It’s called linebreeding instead of inbreeding, and basically involves breeders diluting as many characteristics as possible by breeding related animals.

The result of linebreeding is usually the best-looking, most breed standard-conforming bird around.

There are distinct advantages and disadvantages to line breeding, which we will cover below.

The Benefits of Linebreeding

Linebreeding is done primarily to preserve the beloved characteristics of favorite breeds. For example, linebreeding is what allows Orpington chickens to be consistently friendly, Australorps to lay prolific amounts of eggs, and Barred Rocks to be exceptional meat producers.

Heritage Breeds – and Why They Are Important

Linebreeding is often done to protect endangered or heritage breeds. While there are hundreds of breeds of chickens you can choose from on your homestead, heritage breeds are some of the most prized species around.

These chickens are those recognized by the American Livestock Breed Conservancy. Heritage chickens must be “hatched from a heritage egg sired by an American Poultry Association Standard breed established prior to the mid-20th century, is slow growing, naturally mated and with a long productive outdoor life”.

A heritage breed, therefore, must be a pure breed. There are very specific standards as to what constitutes a heritage breed. Most heritage chickens are dual-purpose breeds since they are not genetically engineered to be specialized in any way.

Some common heritage breeds include Rhode Island Reds, Bantams, Plymouth Rocks, Hollands, White Leghorns, Delawares, and Wyandottes. Heritage breeds tend to be more readily adapted to your environment, meaning they will need less feeding and can forage and scratch for their own food.

If you are trying to maintain a backyard flock for profitable egg or meat production – or simply like having a well-rounded, closed flock – then linebreeding can be quite helpful.

The Challenges of Linebreeding

With every breeding benefit comes a challenge in linebreeding your chickens. For instance, when linebreeding to ensure positive desirable characteristics, you may be losing out on other genetics that aren’t carried through.

If you are breeding chickens specifically so that they maintain a certain color, feather pattern, or disposition, you may lose a resistance to disease by breeding two chickens who have poor resistance.

For example, avian influenza, or bird flu, can completely wipe out a flock if the genetics of the group have not evolved with the disease.

Particularly when birds are housed closely together and fed multiple rounds of antibiotics – something that is commonly done in factory farmed chickens or birds that are raised for commercial egg or meat production – they lose their natural resistance to disease and over time, their genetics become so watered down that they cannot withstand an outbreak of disease.

While this is less common in your standard backyard flock, allowing genetics to evolve naturally by not allowing linebreeding or inbreeding can help prevent your flock from being decimated by disease.

It’s recommended that if you are linebreeding, you occasionally introduce new, completely unrelated breeding stock to increase the genetic diversity of the flock.

You don’t need to stick with the same breed, either. In fact, it’s recommended that, for the healthiest flock, you breed your chickens with different breeds of birds. It’s unlikely that you will be breeding two related chickens this way.

In most cases, it is going to take half a dozen generations (at least) for you to see any signs of inbreeding in your flock. When it finally does appear, the signs may be subtle. You might notice physical defects when your chickens hatch, such as missing eyes or twisted beaks.

However, hatching defects can be difficult to rule out as a direct symptom of inbreeding, particularly when you are hatching chicken eggs in an incubator. Incubator error and defects can often cause birth defects and other abnormalities.

You might see a decline in fertility and hatchability of your eggs, too. Otherwise, it can be very difficult to pinpoint clear symptoms of inbreeding in your backyard flock.

Why You Might Want to Avoid Adding New Genetics

After doing a lot of reading though, it seems it’s not really a big deal if your chickens inbreed. Eventually, you might want to introduce new blood into the line, but it’s not gonna hurt if siblings mate.

A couple of signs that will tell you it’s time to get some non-related chickens in the mix is when hatch rates begin to significantly decline, or birth deformities begin to occur.

Be sure to monitor egg production and fertility as well, as these can be affected after several generations of inbreeding. Be sure to get rid of any chicks with undesirable traits so as not to breed these bad genes into another generation.

If you decide to add new chickens to your flock, you may have some problems. You can bring in disease and sicken your entire flock, have major fighting and cannibalism issues, or cause other stress-related problems.

When you introduce new chickens for the purpose of switching up your genetics in a flock, it’s important that you do so with the utmost consideration to your existing flock of chickens.

Make sure you consider the health of your chickens, asking the previous chicken owner or hatchery about any health issues like coughing, worms, or mites. Look at the poop of your new chickens before you bring them home – and if you can’t do this, you should quarantine your birds once they get to your farm.

Even if the prior owner or hatchery swears up and down that the chickens were healthy, I recommend quarantining them for 30 days anyway.

This will allow any potential health issues to pop up and give you an idea of issues you could be introducing to your flock. You will also make the transition to the new home as easy as possible for your already-stressed chickens.

Once you do allow your new chickens to meet the old ones, it’s important that you give them time to get used to each other. This will help reduce fighting and help the chickens establish a pecking order before they need to be in the same pen.

An ways way to do this is to put some metal hog panels between the ranging areas for both flocks of chickens. The birds will be able to see each other, but they won’t be able to fight.

Keep an eye on your chickens for the first few weeks. Th ere will be some fighting as they get used to each other and determine the new pecking order.

If you see a chicken that has been inured, make sure you apply BlueKote as quickly as possible to treat the wound and prevent other chickens from pecking at it. It may also be helpful to introduce distractions to the chicken yard at this time, like toys or extra treats, so that the chickens aren’t so hyper-focused on the newcomers.

Finally, avoid overcrowding your chickens. This is a good rule of thumb in general, but if you’re introducing new breeding chickens to the flock, it’s even more recommended.

You don’t want your chickens to feel pressed for space and fight as a result. You should also try to introduce new chickens at night, when they are more sleepy, docile, and less likely to put up a fight.

How to Outcross Your Flock

Once you’re ready to introduce some new blood into your flock, don’t think you have to start from scratch. The best option is to bring in a pair of birds from the breeder or hatchery from whom you already purchased your birds.

This is something that can be beneficial when your chickens have bred through linebreeding so often that the hatchability or health of your flock is suffering.

Choose hatching offspring from the new birds, waiting to see which characteristics they exhibit so you know which new birds you want to introduce to your existing breeding pool. This will give you an idea of any undesirable characteristics you might be introducing.

Rather than focusing on preventing linebreeding or inbreeding, it’s better to instead start with some of the best breeding stock you can find. While this ca be expensive – particularly if you are raising rare chicken breeds or those that are already expensive or difficult to find – having the best of the best as breeders will reduce the likelihood of genetic problems later on.

Keep in mind, too, that if you plan on using your chickens as show birds, you may want to allow some linebreeding to happen. This will preserve the necessary genetic characteristics of your flock that are needed to meet the breed standard.

Otherwise, don’t worry too much about inbreeding in your flock. While many hatcheries advertise their eggs as being from unrelated birds – and admittedly, this can breathe some new life and vigor into a flock – it’s not necessary for every breeding period to be between two completely unrelated birds.

In most cases, you can breed a brother to a sister for five or six generations before you start to see any problems. Remember that you will be breeding both good and bad qualities within your flock.

If you’re hoping to breed birds with specific traits, you might want to use a large breeding pen that will allow you to pull out birds who have weaknesses you don’t want to pass on.

But all in all, it’s unlikely to be a major problem. Some breeders actually prefer to continuously inbreed in order to get the most desirable traits possible. So, if your little rooster jumps on Mama hen… don’t worry about it, that’s just the way nature is designed!

12 thoughts on “Does It Matter If Chickens Inbreed?”