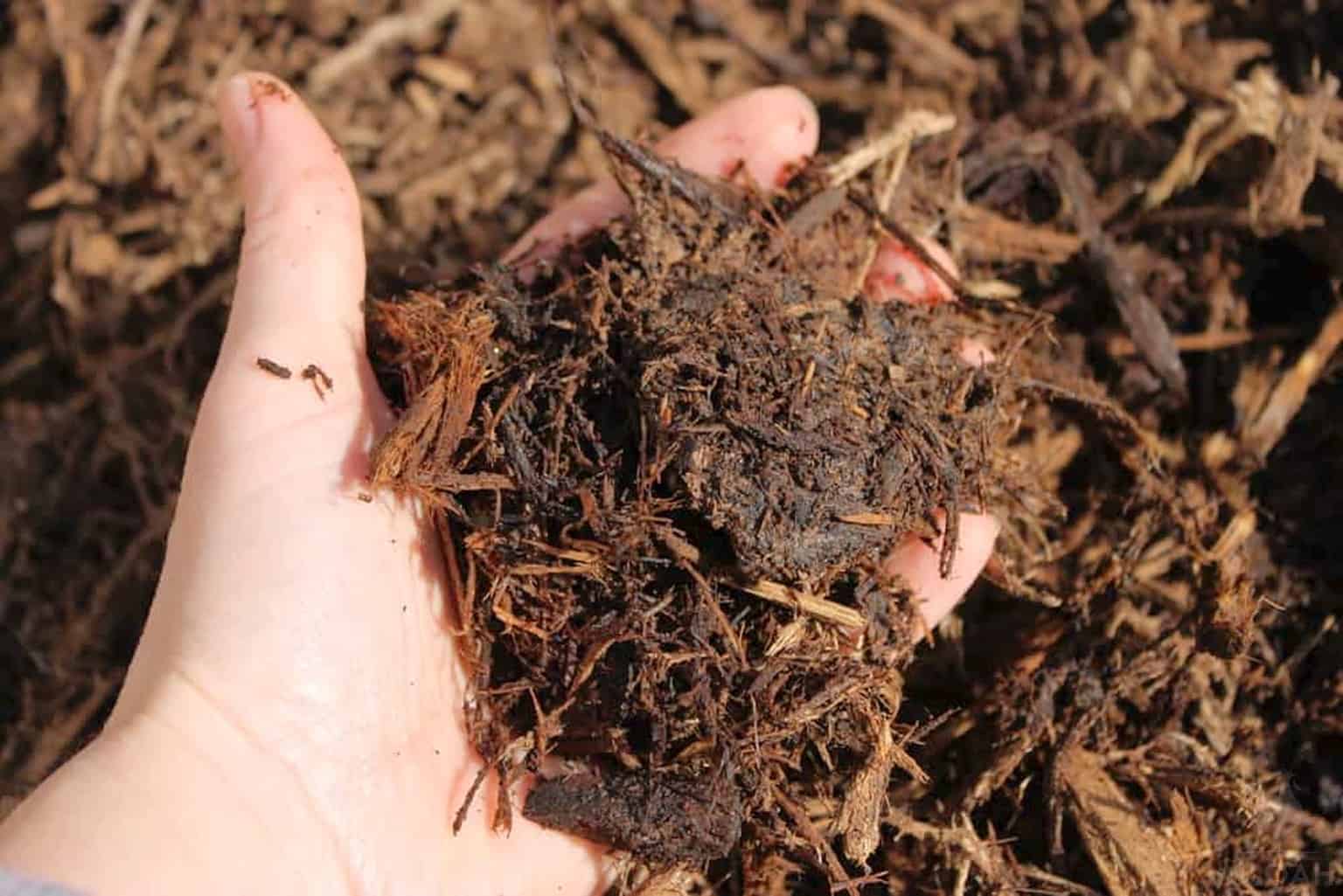 Over the past couple of days I’ve been spreading a ton of shredded bark mulch over our flower beds.

It’s looking much nicer. But I’ve learned two things in the process.

One. I hate spending money on mulch just for looks. I really need to work on filling in our flower beds this year so they don’t require so much mulching.

Two. You really do need to wear gloves when spreading mulch, even if you don’t touch the bark with your hands. Let me explain why.

Yesterday, after a couple of hours scooping mulch out of the back of the pickup truck with a pitchfork, and wheeling it to the designated flower beds, my fingertips were completely dried out and splitting open. I had to stop several times to coat them with coconut oil to relieve the discomfort.

I had wrongly assumed that I didn’t need to wear gloves since I wouldn’t be handling the mulch by hand. What I didn’t take into account was the fact that the pitchfork and the wheelbarrow both have old wooden handles.

Newer wooden handled tools wouldn’t be such a problem because they’re usually coated with a protective finish. But since the handles I was grasping are very much aged, they quickly absorbed all of the moisture from my hands and dried them out.

Dirt Will Also Dry Your Hands

Any gardener will tell you that digging in the dirt with your bare hands can also cause them to dry out very quickly. This mainly happens for two reasons.

When soil becomes very dry it wants to absorb moisture. If the garden hasn’t been watered in a while and you start digging in it without gloves on, the dirt will pull what moisture it can from your hands. This is especially true when using dry potting mix that comes in bags.

Also, gardeners who hate wearing gloves (that would be me) have to wash their hands more often. Soap can also have a drying effect on the skin, especially when used excessively.

What Can You Do?

There are special creams and ointments that you can buy to relieve the pain of dry, cracked garden hands. Personally, I’ve found that slathering my hands with coconut oil and rubbing it in well restores my hands completely.

So far I’ve only used the cheap gardening gloves you can find at hardware stores. I’d love to know if any of you have a favorite brand of gloves!

"Hi! I'm Kendra. I'm a wife, mother, and homesteader. I love everything that has to do with simple living. I'm a canning instructor, an avid gardener, and a constant learner of old-fashioned skills. Here is where I share it all. Welcome to the adventure!"
Amaranth: How to Grow and Use It
How to Plant and Grow Peppermint
Growing Rhubarb From Seed - Step by Step
Lessons Learned From Growing Peppers
How To Plow A Garden (and Why It Is Essential)