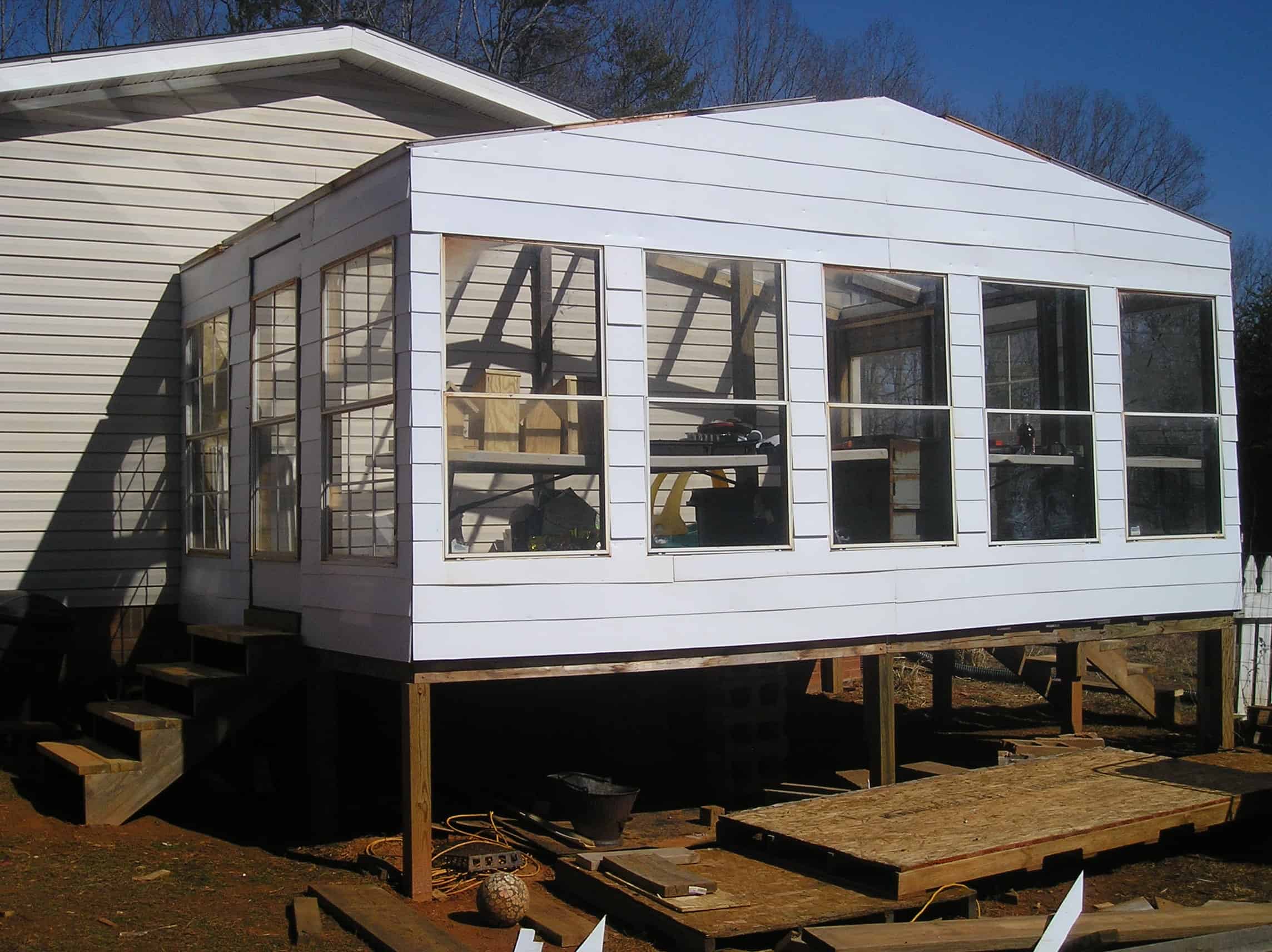 For those who don’t follow me on facebook… here’s the updated picture of our new greenhouse! It’s come a long way since the last picture I posted!

As you can see, we’ve added siding to it. Which I totally love.

But not just any ol’ siding. (You know how we do things around here!)

This, my friends, is made from salvaged corrugated plastic sign material.

When Jerry worked at a print shop, he saved some really long scraps of this material that they were going to throw away. They sat in our shed for about nine months before we knew what their purpose was going to be. But seriously, we keep everything. And I’m so glad we do, ’cause when Jerry got the bright idea to cut that plastic into strips and staple them to the frame of this bad boy, I was couldn’t have been more thrilled.

Didn’t he do a fantastic job?! I mean, for working with what we had, I think it looks pretty darn good.

So far we have $5 in this entire project. We had to buy some caulking for the windows on the roof because it was leaking big time. But even after that it still leaked. Fortunately, we happened to have a roll of clear plastic which we stretched out over the roof and stapled to the frame, which has worked very nicely.

It’s a good sized space: 12′ x 16′, with 6′ walls and an 8′ peak in the center. We’re in the process of installing some gutters (which we salvaged for free as well), and running them into rain barrels inside the greenhouse. I am dying to get in there and make it all pretty and functional.

It has been interesting learning how to use this space. It’s really more like a giant cold frame right now than a greenhouse, since it isn’t heated. I have to be sure to open the windows in the morning, and close them in the evenings, otherwise my poor seedlings will be absolutely fried in the heat. Even though it’s still wintertime, the temps have reached well over 120* in there so far!

There are still a few things to do, but I’m excited with how it has all been coming together so far. I’ve decided I’d like to put cold frames along the front of the greenhouse, to block the underneath part off. We have some extra windows leftover that we can use for that. I figure, it’s a free and functional way to finish off the base of the greenhouse, instead of having to buy lattice like I’d originally planned.

Anyways… that’s where we’re at with that! I’ll keep you updated as we make more progress.

Here’s what our greenhouse looks like today. I’m afraid it’s become a catch-all in the off season. Forgive the mess. Since it still isn’t heated, it’s really only being used to start garden seedlings in early Spring. We eventually invested about $100 in a new corrugated plastic greenhouse roof to stop the leaks. Truth be told, I’m kinda wishing we’d built it directly on the ground. That way I wouldn’t have to worry about water damaging the floor and I’d be able to plant directly into the ground. Eventually we’d like to re-build this structure at ground level. Such is our life, doing and re-doing until we get it right.