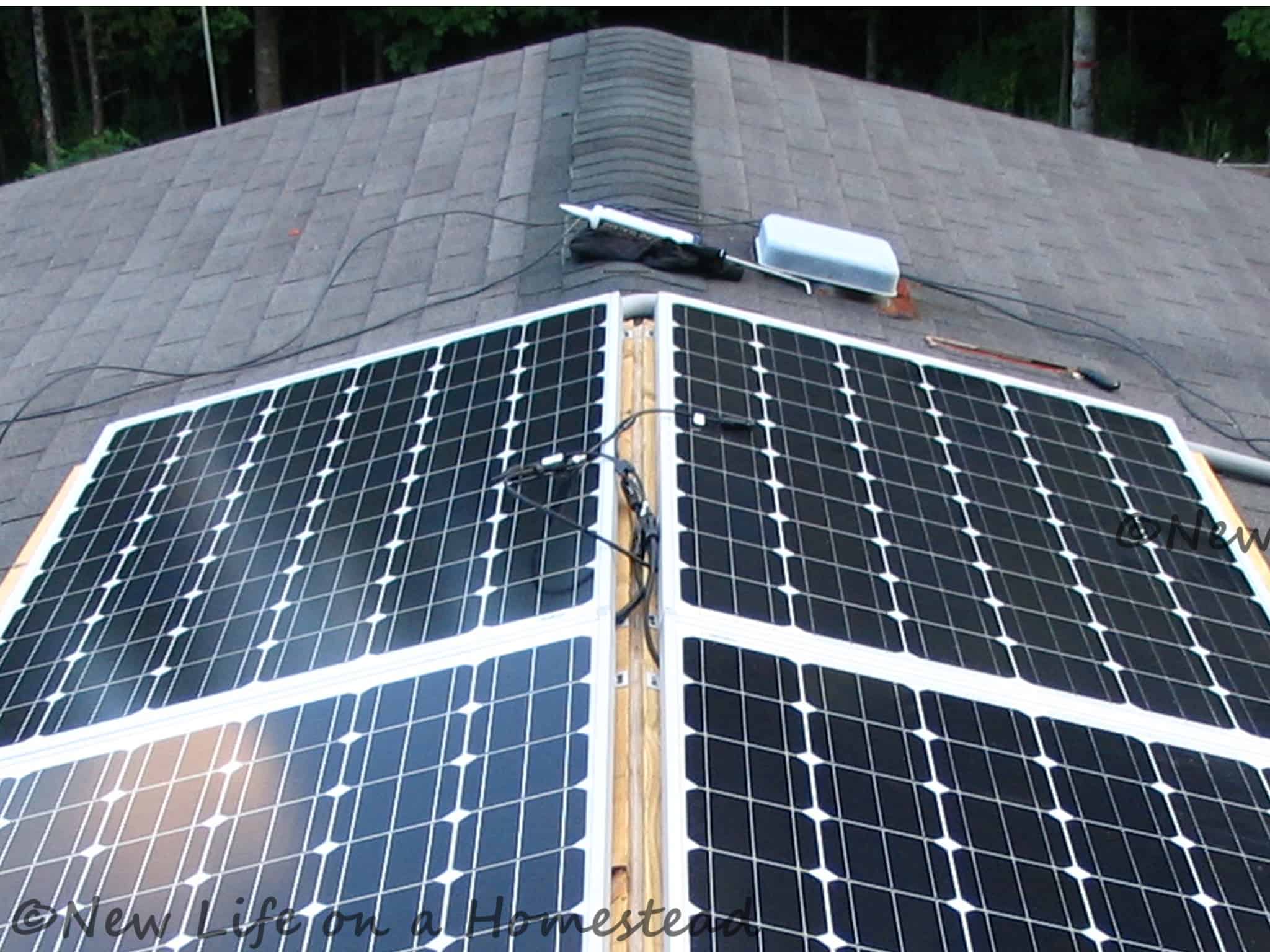 Well. We’ve done it. There’s no backing out now.

We just bought a 1000 watt solar kit to get us off the grid.

I have to be honest. I’m a little freaked out. Excited, yes. But there are still a few important things we have to get figured out. That’s what makes me nervous.

Before pouring ourselves into studying off grid systems, we had no clue how much electricity we were using. Sure, we could look on our power bill and see what our average kWh usage was, but that didn’t really mean anything to us. It was intangible. It held no physical value.

Of course we knew the more kWh we used, the more we were billed. We got that. But who the heck knows how many kilowatts each appliance uses every time you turn it on? We sure didn’t.

Now that we are limiting ourselves to so many kWh per day, that number is going to matter. Big time.

Whereas running water was just a given to us up until now – something intangible brought it to us effortlessly-, now running water will be supplied by some immediately measurable amount of energy- either by manual pumping or by the precious drops of sunshine we hope to get- both of which will be very tangible.

I’m no expert (which is a major reason I’m so freaked out about all of this), so I am in no position to explain any of the technical stuff that goes along with solar power. But there are a couple of really important things that I’ve learned so far.

Why is this important? Because our electricity usage (measured in kWh) will now be limited to the amount of watts our solar panels can deliver on a daily basis.

Obviously, a lot is going to have to change.

Since our system is made up of four 270-watt panels, we should be able to generate 1080 watts per hour in full sun (which will be more like 1000 watts or so after some energy is lost as it is delivered to the appliances).

The amount of sunlight we get will determine how much energy we’ll generate. The more sun we get, the more things we can run. The less sun, the less we can run. Our area gets an average of 4-5 hours of full sun daily. (This assumes the panels will be south facing at an angle which will get the most sunlight.) So, we can hope to average 4000-5000 watts a day.

Eyes glossing over yet?

I’ll go on for those who are still following me.

Basically, that’s how I understand what we’re looking at as far as energy consumption goes. I can very well be missing something. I really have no clue what I’m talking about, so feel free to inform me.

What Pushed Us Over The Edge?

As I’ve ranted before, our recent $300 power bill really hit us hard. Then this month we got notice that beginning April 1st, our monthly co-op membership fees will be increasing, as will our hourly rates as well. It’s all just going to keep getting more and more expensive.

Some people with solar panels choose to stay connected to their utilities. They have what’s called a grid-tied system. Whatever extra energy they produce is fed back to the grid, and many power companies will actually pay you for that overage.

We don’t have that option.

Even if we used zero electricity from the power grid… if we produced 100% of our energy needs… we’d still have to pay $60/mo in fees just for staying connected. Not a very good deal for us.

Our average power bill is $250/mo. It’s crazy, I know. And I don’t even feel like we use that much electricity! Multiply that by 12 months, and we pay around $3,000/yr to our power company. And with rates climbing it’ll only get worse.

The solar kit we bought from a local solar company cost us $4650. That means that in a year and a half it will have paid for itself.

Weighing our options:  Keep paying out the wazoo every month indefinitely OR Invest that money into something that will save money over time.

We chose what made the most sense for us.

(Boy what I wouldn’t give to go back and start with solar from the beginning. If only we’d known.)

Of course we’ll have a backup power supply for the days when the sun just isn’t shining enough to produce anything. This is where the battery bank comes into play.

To explain things more accurately, the energy supplied to our home will come directly from deep-cycle batteries (much like golf cart batteries). Everything will be run on batteries. The solar panels will charge the batteries, which are connected to an inverter. The inverter changes the energy from DC (direct current) to AC (alternating current) which is what our household appliances run on.

When the sun isn’t out we’ll still have energy stored in the batteries, but only a couple of days’ worth. You can’t completely drain the battery bank (a series of batteries connected together) or you’ll kill your batteries. If they start getting low, and there’s no sign of the sun still, we’ll use our generator to charge the batteries.

Our system is pretty small. We hope to add a few more batteries (not cheap) and maybe a couple more panels over time. We’ll see how we manage with what we have, and work up from there.

Using a generator isn’t ideal to me, but it’s really no different than what we do now when we lose power and have to crank it up. Hopefully we won’t have to use it often, but it’s nice to know we have a backup.

What Can We Run?

We’re still trying to determine what we’ll be able to run, and what we won’t. For the appliances we currently have which carry too heavy of a load (use too much energy) we’ll have to put alternatives in place.

The list of things we won’t be able to run on this system is significant, but there are many options that we are weighing, which I’ll go over further in another post.

I imagine this will be the first of many updates regarding our life off the grid. We’ll get our kit from the manufacturer in about a week, and then it’ll take some time for us to get everything in place and ready to run. It could very well be the end of the year before we make the final call to our power company to come and disconnect us. We want to be 100% sure we’re ready before we cut the cord for good.

63 thoughts on “Taking The Off Grid Plunge. *Gulp*”