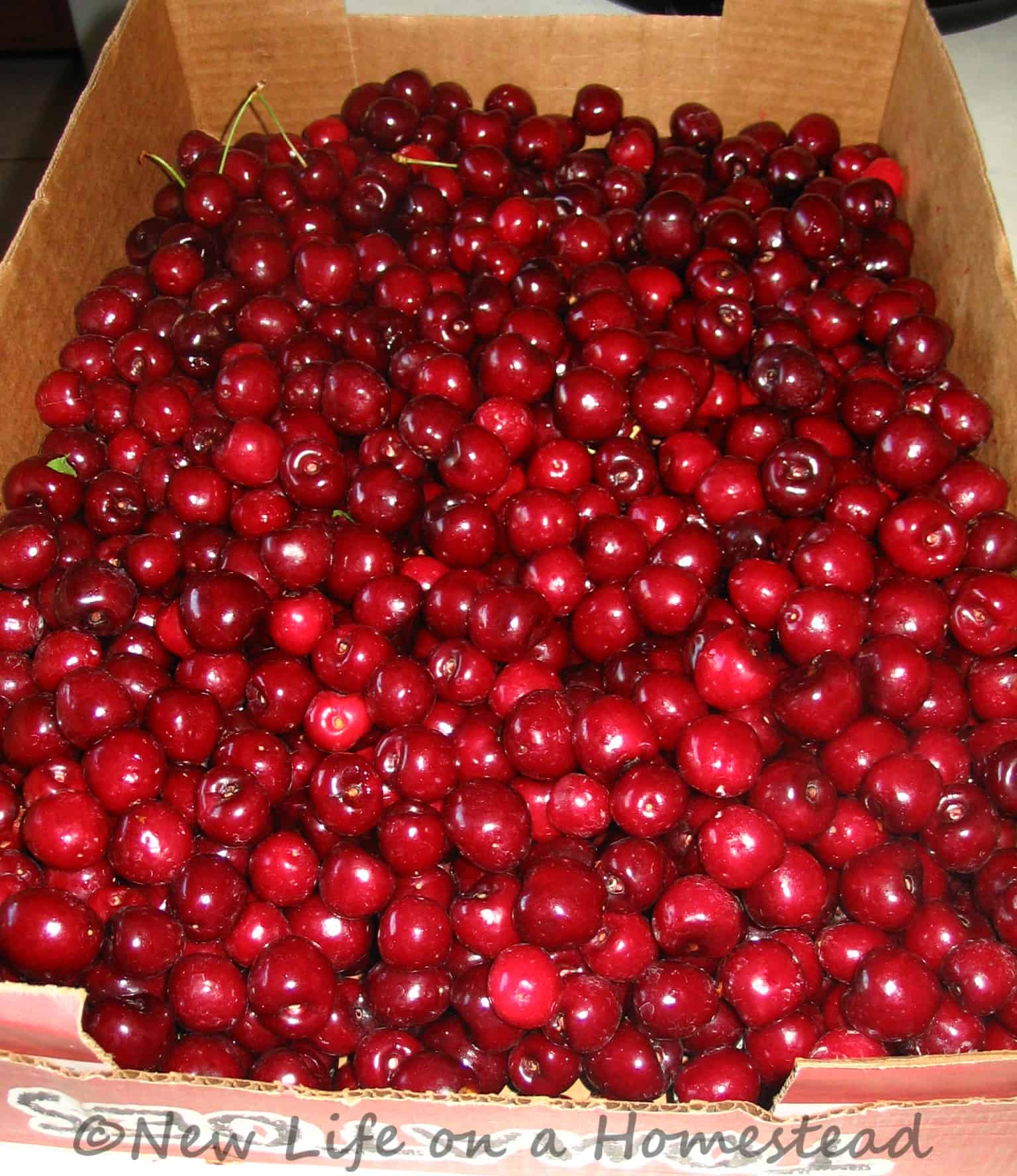 I’d been meaning to visit with Addy for a while now, but you know how it is, one thing after another. It seems like now that I’ve started a garden, and am keeping livestock, whenever there’s a nice day I’m busy outside working and don’t want to waste the chance to get some work done, so I don’t go out very often.

We had actually planned a trip to the Herb shop two weeks ago, but Addy had to be hospitalized before we could go. See, she has been battling Multiple Sclerosis for the past couple of years.

The other week she had an episode which landed her in the hospital. She’s still not 100% back to normal as far as her functioning goes, but she’s much better than she was. (Please say a prayer for her and her battle with MS.)

She was feeling pretty good today, so me and the kids went to her house to pay them all a visit. When I got there Addy was in the barn milking the cow. Jada stayed on the porch playing with the youngest girl and their new kittens while I went down to say hi to Addy as she finished up. Titus also went to the barn and found her milking. When he saw the milk dribbling onto the ground beneath the cow he said, “She pee-pee’s”! He didn’t quite understand what was coming from the cow. Addy tried to tell him it was milk, but I don’t think he got it 🙂

While she milked, Addy told me that over the weekend her oldest daughter had horribly sliced her foot open across her toes. Everyone who saw it said that she needed stitches. It was gaping terribly and bleeding everywhere. But if you’ve been following along with me you should know by now that Addy has her own way of doing things.

So, instead of rushing to the ER, she and another lady began collecting spiderwebs. She explained to me that in her talks with many of the elderly women in their church, several have told her about the use of cobwebs as wound bandages. Supposedly spider webs may contain antibiotic properties.

First they cleaned the cut with kerosene. (My husband has always told me that his grandpa did this when he was alive; a lot of people did this in the old days.) I asked her if that burned and she said “No, it just feels like water.” Then, after gathering a sufficient amount of webs, they packed the wound with them. I guess they just wadded them up and stuck them over the cut.

Next, they used the skin of eggs to cover the webs. This is the really thin, clear slimy stuff that is inside of an egg shell. And finally, they covered it with the fuzzy leaves of a plant called Lamb’s Ear, which is called the “bandage plant” as it was used long ago as a healing wound dressing.

Addy went on to say that as the egg skin dries, it pulls the skin back together, no matter how badly it is torn. You just have to be careful that it doesn’t dry out as it will start cracking. She was putting some sort of lotion on her daughter’s foot to keep her skin moist. She said that after one day her foot is looking incredibly better than it did the day before. I was fascinated by this remedy, which seems to be working well!

As we made our way back inside we got off the subject of healing, and Addy told me that they had been canning cherry pie filling the day before. I told her it was funny that she should mention that, ’cause I was just thinking yesterday that I need to ask my Mother-in-law if her cherry tree has any fruits on it. (The birds usually get to it before we can.)

Addy said, “Well, if you drive us up to Papaw’s house we can pick some more cherries for you.” Of course I was excited at the very idea, and we all loaded into my van. He only lives just a few houses up from them, so it was a very short drive. Along his driveway are two beautiful Bing Cherry trees, and they were loaded! We got our big bowl, a couple of ladders, and all started picking.

Jada was just as excited as I was to pick cherries. She especially enjoyed eating them right off the tree. They looked so yummy to me, so I tried popping one into my mouth as well. Just as I was biting into it Addy tried to warn, “Uh… they aren’t sweet!” Too late. Boy, was it sour! She had to giggle at me as my eyes squinted closed and my mouth turned inside-out. She laughed, “They need to be sweetened.”

Silly little Jada loved them regardless. I never could get Titus to try one!

We picked for quite a while. The kids ended up running off and playing not long after we started, which was fine. They were having fun. I got about a half a gallon of cherries before I was done picking. There were still a lot of cherries on the tree, but many of them were not quite ripe enough yet, so I left them there.

Before I knew it it was almost 3:00 and I had to get Titus home for his nap. As I was heading out Addy was sweet enough to make a copy of her recipe for Cherry Pie filling for me. Since my husband doesn’t like Cherry Pie, I think I’ll make Cherry Jam instead, but here is the recipe she gave me:

This makes 6 quarts of cherries.

I’m glad Addy is starting to get close to normal again. I can’t imagine her frustration at this disease. She’s still on for taking me to the herbal lady another time though. That will be a fun trip. Maybe next week…

But for now I gotta go, I have a bunch of cherries calling my name!