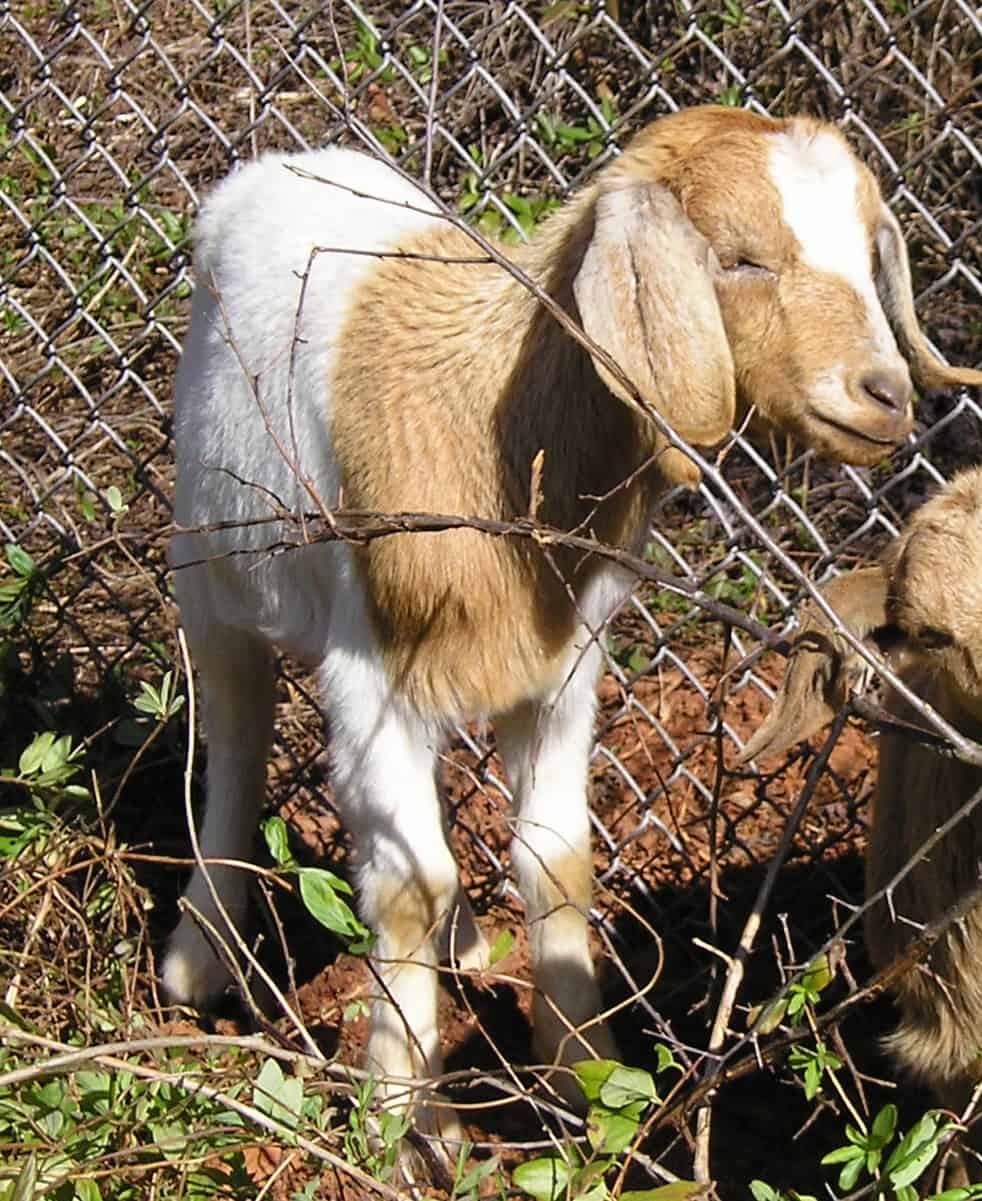 More sad news this week. This morning, before church, two stray Pitbulls came onto our property and killed our goat Sweetie. We had only let the goats out like 30 min. beforehand.

As we were loading into the van to go to church, I noticed that the goat pen was opened. I called to my husband inside and asked him if he could put the goats up before we left. He wanted to leave them out while we were gone; he figured they’d be fine. I argued, “We should put them up. We’ll be gone for a while, and they might get into our apple tree or something.” He started walking toward the goat’s pen when he noticed that Mocha was already in there… alone, which immediately set off an alarm. We started calling for Sweetie.

Then something caught Jerry’s eye, and he noticed two Pitbulls down by the chicken coop. He yelled at them and chased them off. When he got over to where they had been, he found Sweetie, already dead on the ground behind the coop.

The dogs had also torn apart the wood on the backside of the coop, savagely trying to get in to the chickens.

I was up at the van getting the kids in their carseats when I heard Jerry gasping from behind the coop. I knew it was Sweetie. I walked down there to see for myself, and to make sure that she was indeed dead and not still suffering. Poor baby; she was gone.

Jerry stayed home just in case the dogs came back while me and the kids went to church. They haven’t come back yet, though I’m sure they will be.

I’m beginning to suspect that those two dogs may be the ones who stole my two chickens the other day. Great.

So now that we have these blood thirsty Pitbulls running around, I can’t even let the kids go outside to play anymore without worrying about them being attacked.

You better believe, the next time those dogs come onto our property we will take care of them. I can’t tell you how angry I am that they killed my poor goat; not to mention terrorized Mocha and the chickens as well.

What really upsets me is that I heard the goats bleating outside earlier, but I didn’t think anything about it. It didn’t occur to me that the only time they yell like that is when they see one of us (and they want more sweet feed). I should have realized that something was out there.

Anyways, while we were gone my husband dug a deep hole in a clearing in the woods, and buried Sweetie. We didn’t allow the kids to see her dead. But when we came home, we let Jada pick some flowers to put on the grave, and had them say goodbye.

I was glad that Jada didn’t get upset or anything. We just tried to explain that this sort of stuff happens sometimes. She felt bad for Sweetie though. We told her we would get another goat soon so that Mocha isn’t lonely. Poor Mocha. She was visibly upset, concerned for her friend.

I guess this is just part of having a homestead. Losing an animal is truly sad and frustrating. In a way, I thank Sweetie for giving her life though, as we are now aware of these mean dogs who could have done harm to the children had we not been cautious of them.

So, in all things, I praise the Lord.