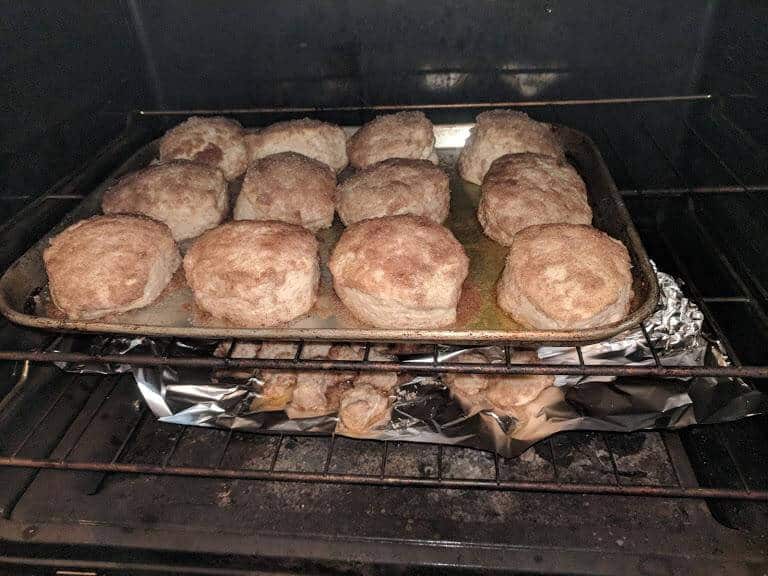 Making donuts might seem like a tedious chore that only a real baker could pull off to any degree of deliciousness. While making dough from scratch is one of the few things I can always pull off in the kitchen, it does take a lot more time than most folks have on any given morning.

This simple donut recipe requires only a couple of minutes of prep time and takes all of the guesswork out of the laborious dough making process.

I like to cook outdoors, especially when camping. I can pull off three gourmet style meals per day while primitive camping – yet still manage to burn water on occasion inside of my own kitchen.

If I can make these biscuits flawlessly every single time over an open flame or camping stove, I have no doubt nearly anyone could do the same using modern appliances. 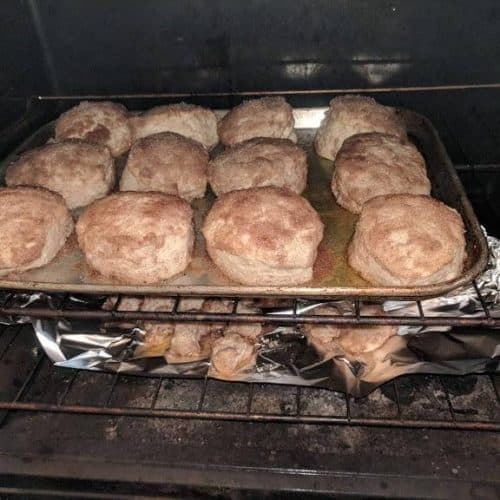 That’s it folks. A grand total of 10 simple steps and less than 20 minutes from walking into your kitchen to biting into a sweet smelling and tasting little bit of creamy goodness.

The bad part about making these quickie donuts is that as adult, no one can force us not to eat so many we get a tummy ache later!

"Hi! I'm Kendra. I'm a wife, mother, and homesteader. I love everything that has to do with simple living. I'm a canning instructor, an avid gardener, and a constant learner of old-fashioned skills. Here is where I share it all. Welcome to the adventure!"
How to Easily Make Bone Broth 5 Ways
Canned Apple Butter, Step by Step