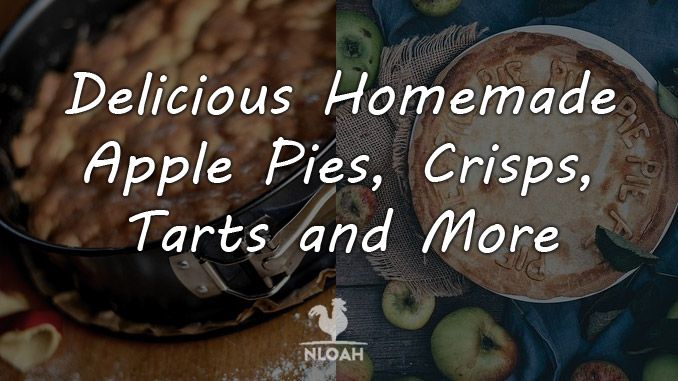 Apples are part of American history. Apples originated in Asia, and were brought to Europe by the Roman Empire and to America by colonists. Desserts made with apples have been around for centuries. English colonists brought apples with them the New World, as only crab apples were native to North America.

In 1759, a Swedish minister visiting the then colony of Delaware noted the popularity of Apple pie, made with either in season with fresh whole apples, skin, core, seeds and all, or dried apples in the off season. A 1796 cookbook offered two more refined recipes for apple pie, which are more like the modern version and included cinnamon and mace (the ground outer covering of nutmeg). Johnny “Appleseed” Chapman  grew apple trees through the US.

Since then, apple pie has become a beloved dessert, available year round, though they seem to taste best in the fall. Today, a wide variety of heirloom apples are available in the Fall.  Take pride in American foods, as part of our history, our national identity, and traditions, by baking and cooking with apples.

I am offering recipes for apple pie, crisps, tarts, and other recipes that incorporate elements of the original versions of apple pie from our history.  These are easy to make, delicious, and to varying degrees, nutritious. I have included recipes which use natural sweeteners rather than refined sugar, plenty of fresh or dried fruit, and real butter. 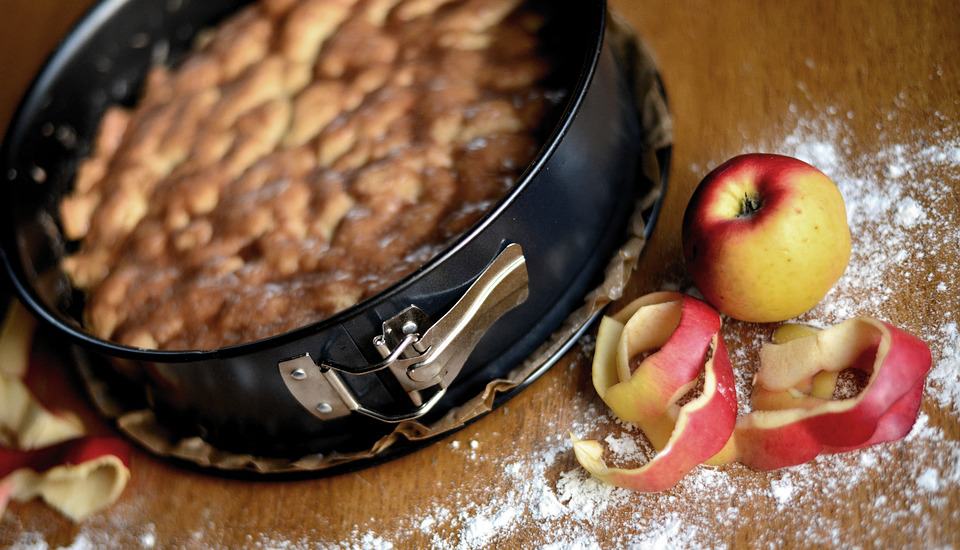 This is a very spicy apple pie, which does not use any white sugar. It will not be as sweet as the apple pie you get from the supermarket. The raisins will add sweetness, as will the brown sugar streusel topping. A Dutch apple pie consists of a pastry shell with a streusel topping. So it is a lot easier than making a crust from scratch. Here is an even easier version, as the shell is made of the same streusel.

Toss the apples in a bowl with lemon juice and spices until the apples are coated. Mix in the raisins. Mix the softened butter into the cup Bisquick, adding the brown sugar and cinnamon to make a streusel. Pack half of the streusel into the pie dish.

Use the recipe above, but substitute four or five diced dried Turkish figs for the raisins, and 2 cups of diced pears in place of half the diced apples.

A crisp is a little different from a pie in that it does not contain a bottom crust only a top crust, which is made of oats, flour and brown sugar, rather than a butter or lard, based dough crust. A crisp is also traditionally baked in a rectangular dish, rather than a round pie dish. A crisp is not to be confused with a crumble, which does not use oats or other crunchy toppings, or a cobbler, which use a topping of small biscuits arranged like a cobblestone street.

Slice apples but do not peel. Oil a baking dish, and place in a layer of apples. Sprinkle on raisins and cranberries, cinnamon, and brown sugar. Repeat layering until you fill the baking dish. Blend oatmeal with brown sugar and cinnamon, and spread over the top.

Dot with butter. Bake at 350 degrees for 30 minutes, or until the apples are cooked through and the butter melts into the oatmeal crust. This is very good with vanilla ice cream on top, or served in a bowl with milk or cream mixed in. 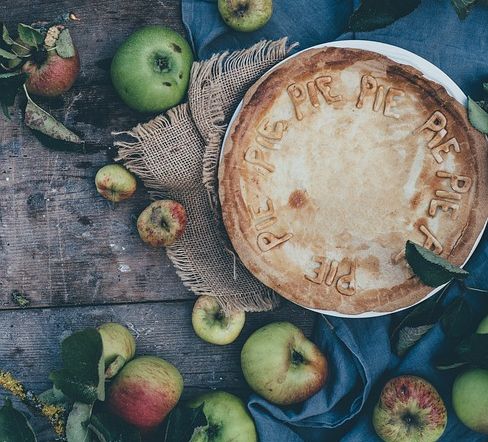 Tarts are typically for individually servings, and may be open faced, like the recipe below, or a filling in a shell

Butter a 9 x 12 baking dish. Place a layer of buttered raisin bread in the dish, with the crusts removed if you must. Reserve the crusts for another use. Place thinly sliced, unpeeled apples on the bread.  Sprinkle with cinnamon, and drizzle with maple syrup. Bake at 350 degrees for 30 minutes, or until the apples are cooked.

This compote uses ingredients in the original Apple pie. Mix all ingredients together and simmer over low heat with a little water. This is very good eaten as is, on pork or ham as a glaze, or in a folded over pancake as a crepe.

Stir beer and egg into Bisquick. Set it aside at room temperature covered with a clean dishtowel for about two hours, or until the batter is risen and bubbly mix in dried fruit and spices. Pour into an oiled baking pan, and bake at 350 degrees for about 30 minutes, or until the top is browned and an inserted toothpick comes out clean.

Mix all ingredients and pour into a buttered shallow baking dish to bake as a cake, or pour on an oiled, hot griddle to make flapjacks. Bake the cake at 350 degrees for about 20 minutes, or until firm inside. If making flapjacks, Wait until bubbles form, then carefully flip them over. Serve with maple syrup, honey, or jam.

Stir all ingredients together. Microwave for about three minutes, or until the cake swells up to the top of the mug.

Slice off about 1one inch of the top of a cored apple. Mix oats, brown sugar, and butter. Smear oat mix on apple. Bake at 350 for about 20 minutes or until topping is browned and apple is cooked through.

I hate beets. They taste like dirt. But they are so good for you. There is a growing but somewhat conflictual body of research that indicates they are an athletic performance enhancement food, and they are good for people with high blood pressure.

Beets contain chemical compounds called nitrates, which produce nitric oxide on the tongue. Nitric oxide (NO) is a gaseous neurotransmitter like chemical which produces vasodilation. It opens up blood vessels, allowing for better blood flow and oxygen to muscles, and more efficient flushing out of carbon dioxide and wastes.  Theoretically, this will prolong endurance activity such as running, and lower blood pressure. I have searched for ways to prepare beets hem so they are palatable. . this simple cold soup is one option

This is very simple. Blend the beets with the juice from the can in a blender, and one apple. Chop the other apple into chunks, and stir in along with a few raspberries. . Serve with a spoon of sour crème stirred in.

This is very cool and refreshing on a hot summer day.

Puree apples and half of cucumber in a blender. Dice the rest of the cucumber and the watermelon, and stir into the apple and cuke puree. Finish with a squirt of lime juice and a dash of kosher salt or sea salt.

So good eaten as is, or it can be used as a sauce for pork or chicken

Slice apples and pears, but do not peel. Put them in a blender, and add just enough cider so they will blend. Add cinnamon, and a sufficient amount of cider to facilitate blending. Blend until smooth.

The Cortland apple will give this a nice pink color and the Asian pears will provide sweetness. You can experiment with different varieties of pears and apples of course; these are just my favorites. Note that this is not cooked. This is so good eaten as is with a spoon, or put into a squeeze container. This can also be used to glaze ham, pork, or chicken, or stirred into oatmeal. 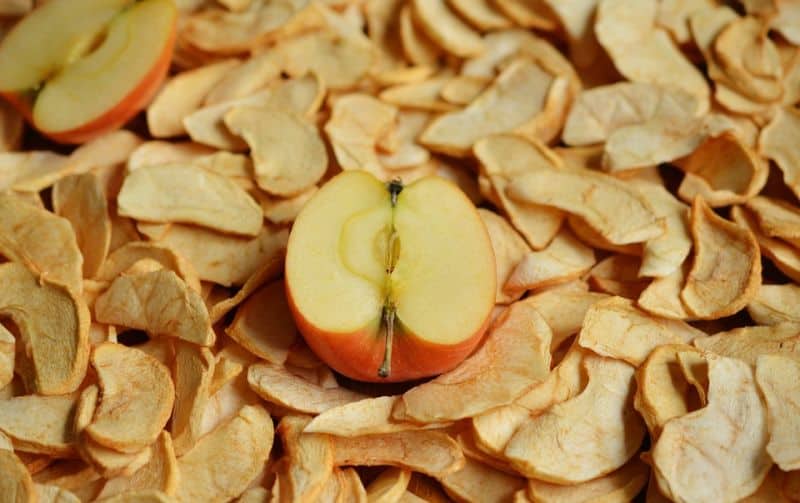 In the microwave: Slice apples thin, leaving the skin on. Place on a microwave safe dish, and microwave on low for about 20 minutes. Check them frequently to make sure they don’t burn, and turn them several times. The microwave will boil out the water content of the apples, and you will get delicious dried apples.

In the sun: Place thinly sliced apples on a baking sheet. Brush with lemon juice to prevent browning. Cover with cheese cloth to keep the flies off. Let them sit outside on a hot sunny day. Depends on the humidity, they may need a day or two to dehydrate.

Not a recipe, but a product: Freeze dried apples. They are sweet, crunchy, crispy, and it is very easy to eat an entire bag. These are a great substitute for potato chips, and will not udo your clean eating plan. They can also be broken up and used to garnish one of the apple soups I have provided here, or added to the crumb topping of the crisp recipe, or stirred into oatmeal. 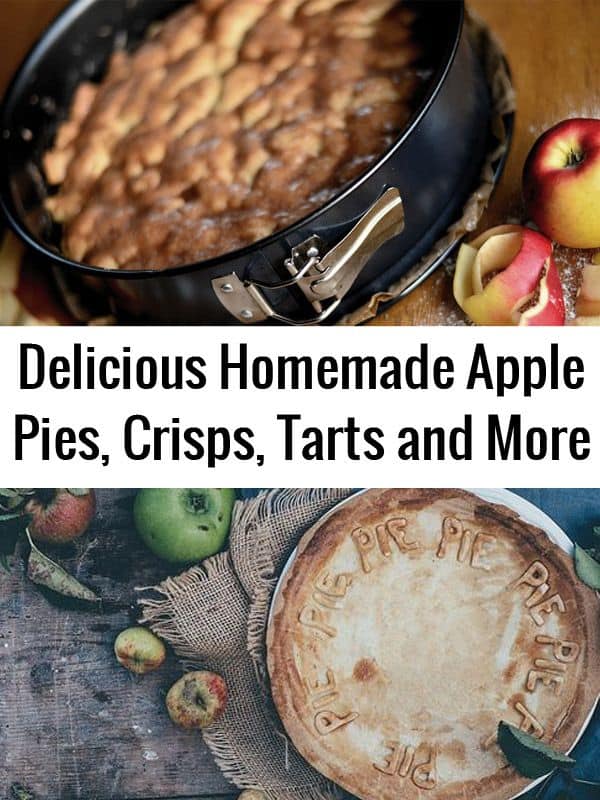 Print or Save this article as PDF
11
Shares