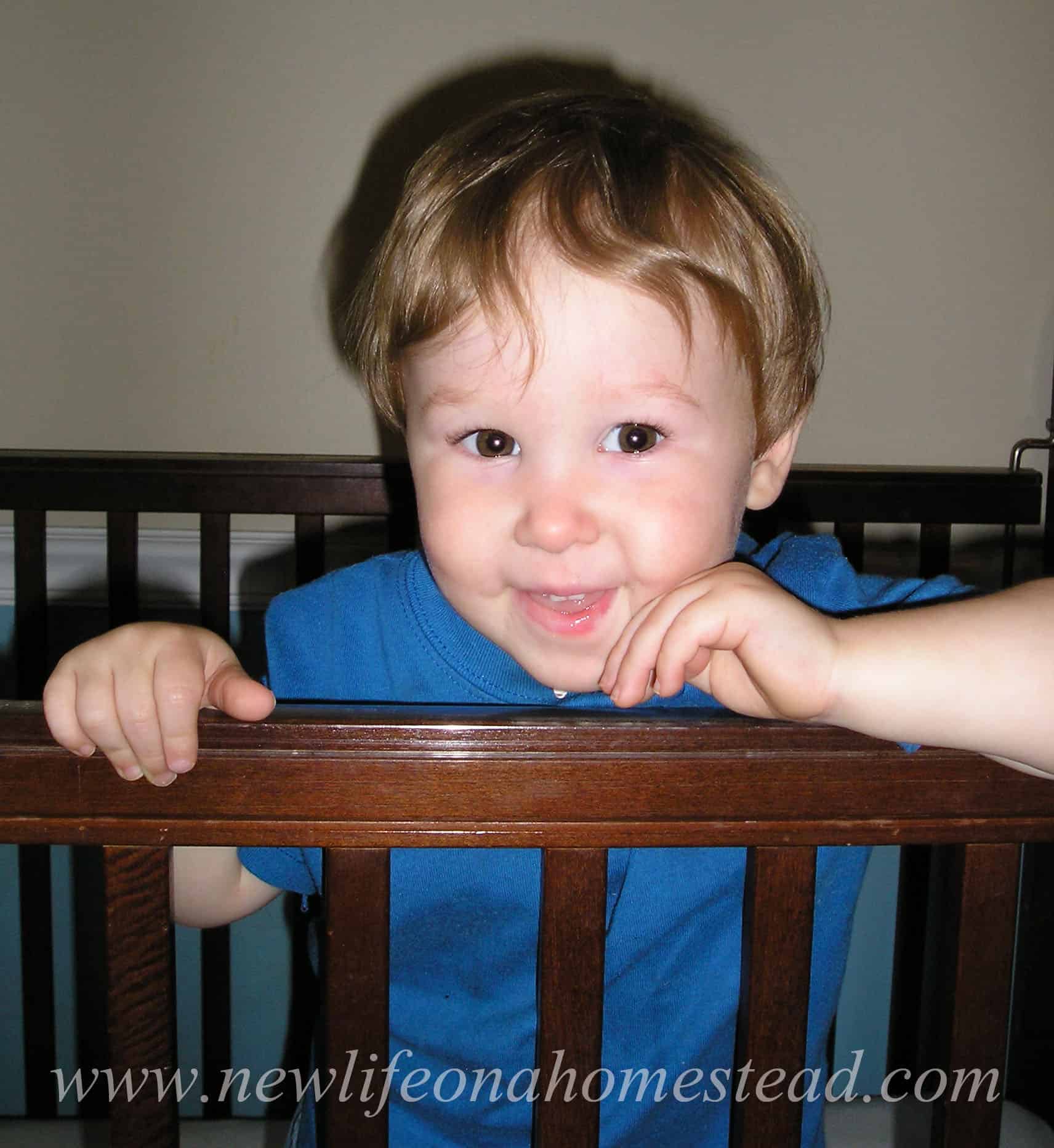 Finally!! I’ve finally discovered a cure for my baby’s Eczema!

If you knew how many things I’ve tried unsuccessfully, you’d understand my elation.

The only thing that really helped at all up until recently was eliminating wheat from his diet. But even then the patches of eczema on the tops of his feet were still in a visibly dormant state.

If he did eat bread, crackers, or anything else that had wheat in it, the rashes got so irritated, he’s scratch them bloody if I didn’t keep him in footed pajamas to protect his feet.

One day I was talking to a friend of mine, and I mentioned Elias’ wheat allergy and corresponding eczema.

She shared that her son also had bad eczema, but her natural-minded doctor recommended taking Fermented Cod Liver Oil for the problem, and sure enough his eczema cleared up.

She said something about an Omega-3 fatty acid deficiency causing the eczema.

I actually happened to already have some Fermented Cod Liver Oil in my fridge, so I started giving baby 1/4 tsp daily, still withholding wheat. Within just a couple of days, the rash looked better than I’d ever seen it. And by the end of two weeks, he was completely healed of eczema.

I continued giving him the supplement, but slowly began integrating wheat back into his diet. You gotta understand, this boy LOVES bread. He’d eat my homemade challah all day every day if I let him. It was terrible giving bread to all of the other children, and having to deny him.

I’m so happy he’s finally pain free, and can eat like the rest of the family!

I’ve actually been giving the fermented cod liver oil to all of the kids, myself included, every so often. It’s supposed to be super good for you.

I bought the liquid version so the kids could take it, but for adults I’d definitely recommend a capsule. The taste is HORRID. Some people don’t seem to mind as much as others, but I swear I almost puke every time I take it. Chasing it with orange juice really helps. The kids are much better about taking it than I am.

To get the kids to take their fermented cod liver oil, I first offer them a little taste of pure maple syrup on a spoon. Then I squirt the oil under their tongue (except for the baby, I just squirt it straight in his mouth). They swallow and then I quickly give them a spoonful of maple syrup to wash the taste out of their mouth. They all love it, and have never complained. Shockingly.

I bought our cod liver oil from Green Pasture. They sell flavored ones, but we got the unflavored kind just ’cause I had no idea what it would taste like. It is kinda pricey, but in our case definitely worth it. I’m wondering if Purslane would have the same effect, since it’s also really high in Omega-3 fatty acids. Another option to consider, perhaps.

Now, I’m not saying this is a cure all. I’m sure eczema is triggered by different things in different people. However, it did work miracles for us.

Have you successfully cured eczema? I’d love to hear what has worked for you!