It’s DAY 17 of the 30-Day No Grocery Shopping Challenge, and the empty #10 cans are piling up around here!

We still have a lot of venison in the freezer, so today I pulled out a roast and stuck it in the crockpot with some onions, potatoes, and carrots.

My favorite way to slow cook a venison roast is to cover it almost completely with a liquid base of half coffee (already prepared) and half beef stock. Doesn’t have to be exact. If I have a cream of- mushroom or celery soup I usually pour that over top, then sprinkle on a homemade onion soup mix. The coffee is the secret ingredient in taking the wild game flavor out.

Nothing goes better with a roast and potatoes than homemade bread. I ground some hard white wheat into flour, mixed molasses into the cane sugar we have to make brown sugar, and baked up 2 loaves of our absolute favorite challah recipe. 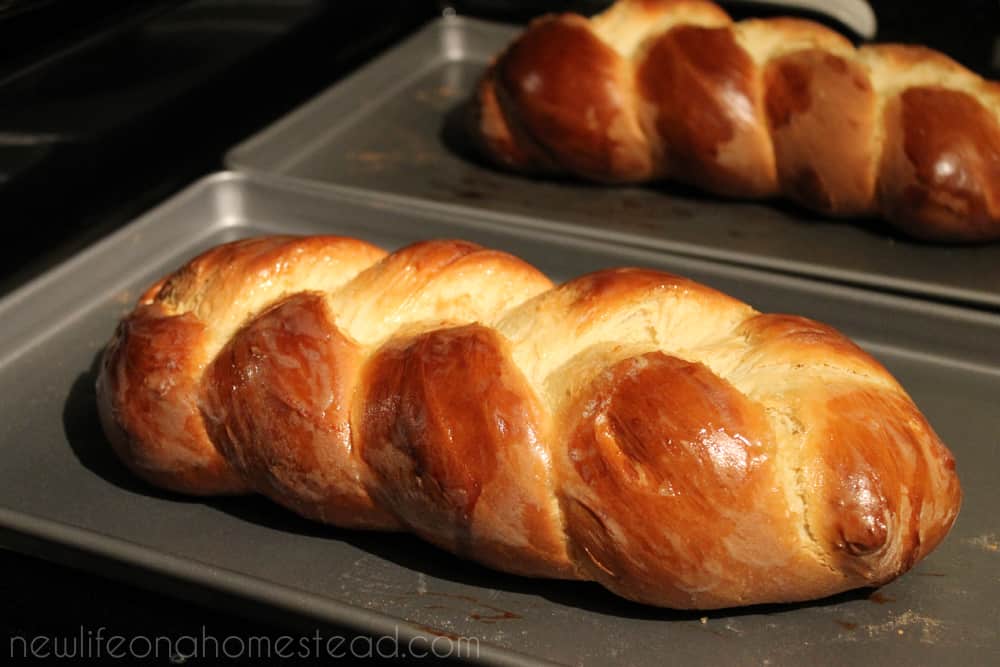 The bread recipe calls for 5 egg yolks, leaving me with a bunch of leftover egg whites. Normally I either use them to make macaroons, or I cook them for the chickens. But today I wanted to use them better, so I scrambled them up, mixed in some turmeric, mayonnaise, and homemade relish, and served the egg salad on bread for lunch. It turned out to be a great way to use the leftover whites!

Dinner was delicious. I don’t really like venison but the roast came out yummy.

As we’ve been eating through our freeze dried foods I’ve accumulated a bunch of empty #10 cans. Some of them have been put to good use in the workshop for organizing nuts and bolts, and odds and ends. There’s always something that needs to be sorted and stored so I don’t worry about the cans. They come in really handy.

But it brought to mind a question…

In a long term emergency where public services might stop running for a period of time, how would you take care of your trash?

I’ve been reading a history book about The Black Death and one of the passages about the breakdown of highly civilized societies struck me as being quite relevant to our situation today. Across Europe, even in the countries where sanitation measures were in place and city officials enforced health standards, “the loss of common laborers contributed to general chaos.” Shops closed, valuable craftsmen were lost, construction halted, and “so many street cleaners and carters died that cities became choked with garbage and filth, adding to the unhealthy conditions.” (Source)

Where we live in the country wouldn’t be as bad as those in suburban neighborhoods or especially the cities, but we’d still have to figure out a way to dispose of our trash in a way that wouldn’t attract varmints and flies.

So what are some ways you can handle your trash during an emergency when trash services may not be running for a while?

As you continue thinking about your emergency food storage and what you would eat if you couldn’t get to the grocery store for a while, I want you to also be thinking about how you’re going to use the trash you generate during this time as well.

What steps do you still need to take in order to be prepared to deal with garbage overflow in the event of a long term emergency?

5 thoughts on “Venison and Garbage. DAY 17 of the 30-Day No Grocery Shopping Challenge”