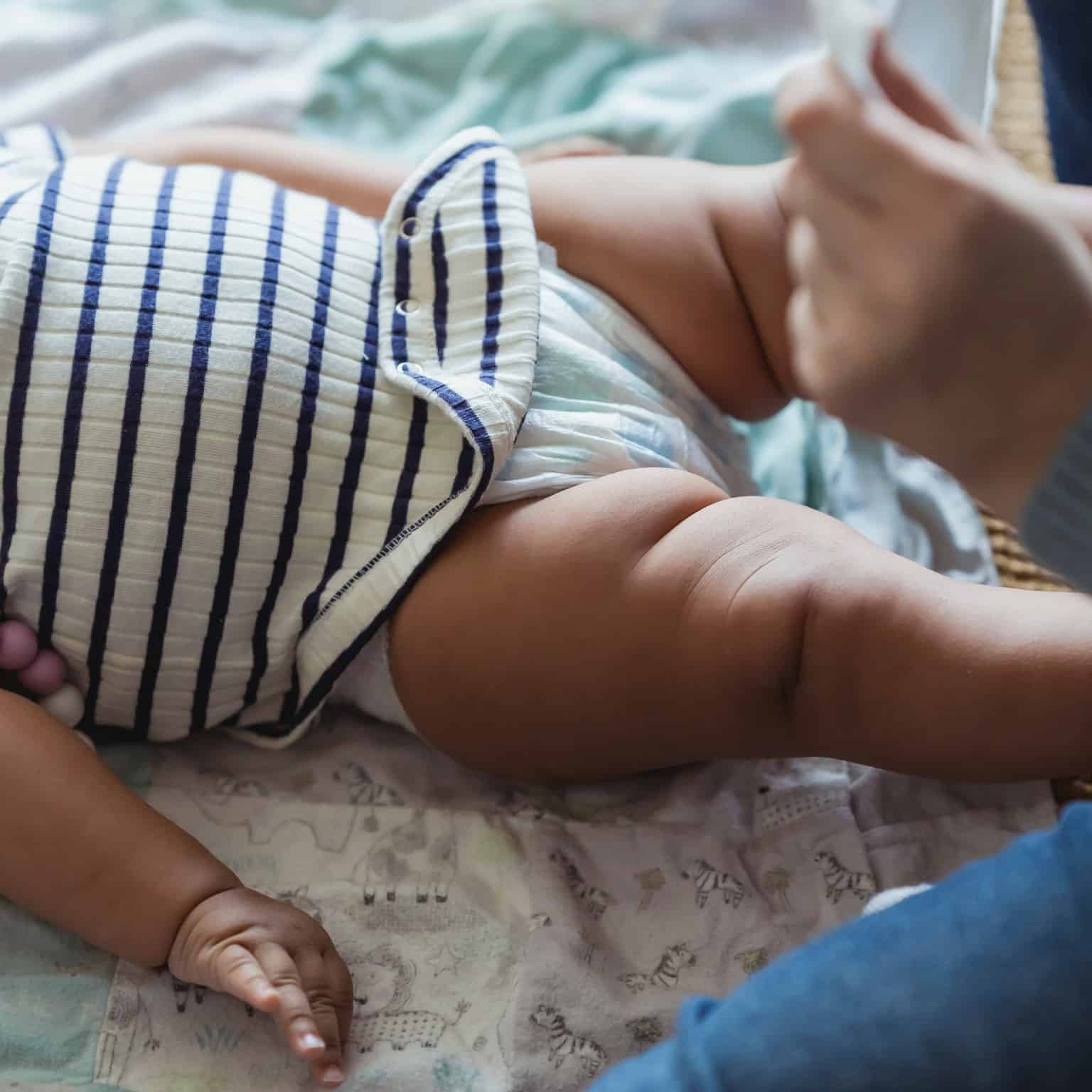 You may have seen the commercials for flushable diaper liners. The ads make it seem like these little sheets are a great way to keep your cloth diapers clean and get rid of their smelly contents quickly, easily, and sanitarily.

What could be better? But there is plenty of complaining on the web about these liners, gripes that they actually cause major problems when flushed. Are flushable diaper liners really flushable?

No, they aren’t. Despite manufacturer claims to the contrary, flushable diaper liners do not break down in a timely manner when flushed, leading to horrible clogging problems in household pipes, septic and sewer systems, and waterways.

Talk about false advertising! Regardless of what the package or the maker promises, you don’t ever want to flush these liners unless you enjoy huge bills from your plumber.

In this article, we’ll talk about why these liners are a huge problem, what the manufacturers don’t tell you, and how to actually dispose of them correctly.

It Says Flushable Right on the Box. Why Can’t You Flush Them?

The answer has to do with the material the liners are made of. They are constructed of a lightweight, fabric mesh material that is designed to dissolve quickly in water.

However, while the material the liner is made of will indeed break down eventually, it takes much, much longer than the time it takes for these liners to travel from your toilet bowl through your home’s plumbing and into the municipal sewer system.

Anywhere along the line, including in your home’s pipes, they have a way of getting snagged, and then snagging other waste water debris like feces, hair, bits of food and, of course, other diaper liners and toilet paper.

There is no chance they will simply dissolve away as they sit there, either. When this happens, a major backup is all but inevitable.

In other words, by the time these liners hit sewage treatment plants, they often haven’t broken down at all. And since they don’t readily disintegrate like toilet paper, they can cause some serious havoc.

They will jam machines and clog intakes at the sewage plant, and then have to be fished out, by hand, by some poor, unfortunate workers.

Many municipalities estimate that “flushable” diaper liners and wipes are costing them millions of dollars yearly, all due to the damage and disruption they cause.

What’s more, even if these liners do manage to make it to and past the sewage plant, intact, they still cause problems.

They end up in waterways where they can cause all sorts of trouble, including clogging pumps at water treatment plants elsewhere, harming wildlife, and eventually taking up space in landfills.

Yes, even though they are made of a “biodegradable” material, they still hang around in landfills for years.

This is another part where the manufacturers of these liners pull one over on the hapless purchaser.

What does biodegradable mean in this instance? It means that given the right circumstances- warm temperatures, moisture, and oxygen – and given enough time these liners will eventually break down into their constituent components. But here’s the trick; they don’t tell you how long.

Testing has shown that these liners can easily remain immersed and more or less intact for more than a year before they start to break down enough to pass through sewage systems easily.

They remain intact on dry land way longer than that! And in a landfill, where garbage is compacted tightly together, there is little to no oxygen present beneath the ground. As a result, these liners can take years or even decades to decompose.

So much for being environmentally friendly.

How to Dispose of Flushable Liners Correctly

So if flushing these liners is a bad idea, what’s a parent to do?

The best way to dispose of used diaper liners is actually pretty simple; just toss them in the trash can.

If you are dealing with solid waste, you can scrape it off and into the toilet before flushing it away, and then toss the liner into the trash can.

And if you’re concerned about leaks, or want an extra layer of protection between the liner and your garbage can, you can always drop the dirty liner into a spare grocery bag first before tying it up and then placing the bundle into your household garbage.

If you are worried about a truly stinky garbage can, you can run the mess out to your outdoor can where it can await pickup.

Most modern garbage cans these days have lids that keep smells contained, so there’s really no need to worry about the odor when it is outside the house.

Is there an Alternative to Disposable Liners?

Though disposable diaper liners are a popular choice for many parents, they have so many economic and environmental disadvantages many feel like they are a non-solution. On the other hand, washable liners have several advantages.

Reusable liners are usually made from soft, absorbent fabric that helps to keep the baby dry and comfortable.

They can also be washed and reused multiple times, which can save tons of money in the long run. They are also adaptable to different types of diapers, including cloth and disposable.

Washable liners are also much better for the environment since they don’t end up in landfills or clogging up waterways or sewage treatment plants.

Washable liners might sound gross or intimidating to some parents, but you have to keep in mind that they (along with washable diapers!) were the de facto standard for an awfully long time before these disposables ever came around.

Trust me, there are plenty of helpful groups and articles that can get you on track to using them with no mess and no problems.

Flushable diaper liners are not really flushable as manufacturers falsely promise. These liners do not break down anywhere near quickly enough to avoid clogging pipes, septic systems, sewers, and waterways.

Worse yet, they take up space in landfills for years. The best way to dispose of them is actually pretty simple; just toss them in the trash can.

"Hi! I'm Kendra. I'm a wife, mother, and homesteader. I love everything that has to do with simple living. I'm a canning instructor, an avid gardener, and a constant learner of old-fashioned skills. Here is where I share it all. Welcome to the adventure!"
32 Things Nobody Told Me about Breastfeeding
50 Baby Food Recipes Ideas (Yummy!)
Don't Rush Potty Training
How to Camp With a Toddler (From Experience!)
How To Strip Cloth Diapers