It’s not so bad being stuck at home. There are so many beautiful things to enjoy! 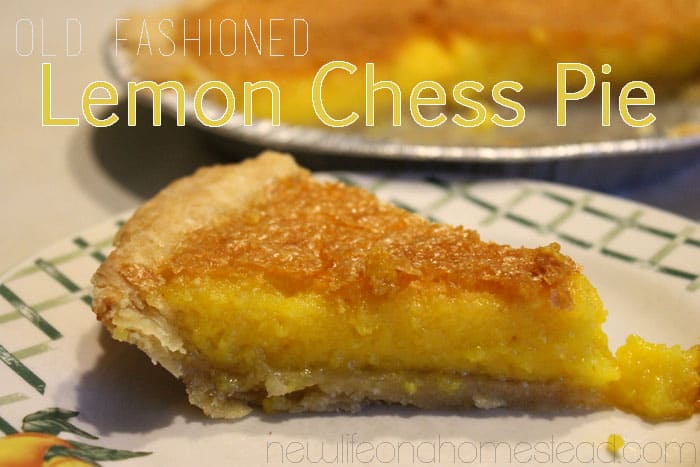 A detailed list of everything you need to know to can meat safely. Many of these precautions are never mentioned in canning recipes. Get familiar with them before beginning to can. 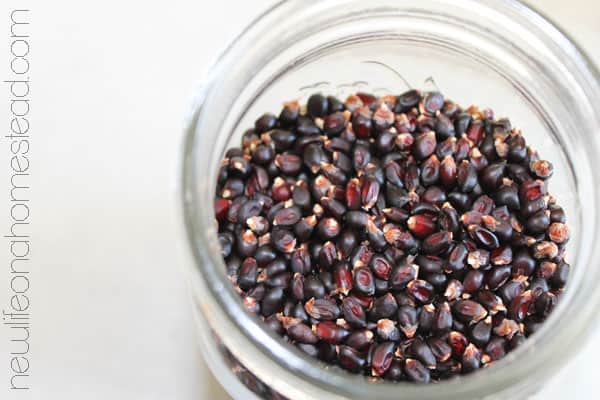 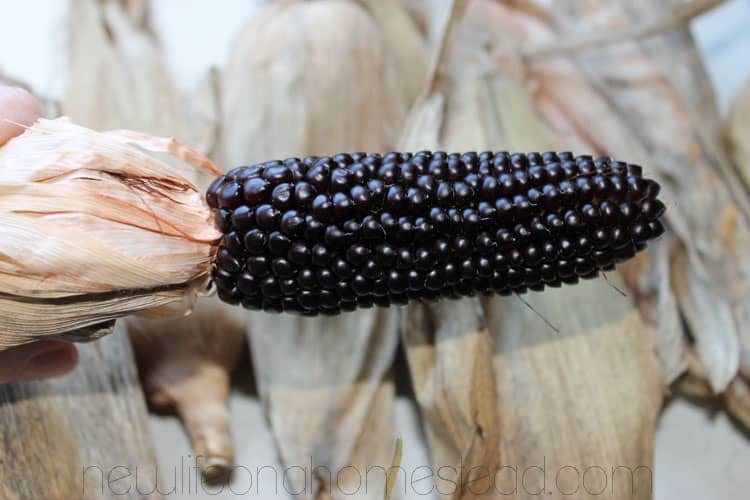 Over the summer we grew a test patch of Dakota Black Popcorn to see how well they’d do. We let the ears dry on the stalks until the husks had turned brown and brittle, then we harvested them and allowed them to continue curing indoors.

I left them in their husks placed in a basket to dry for a few months. From what I gather you’re supposed to remove their husks and hang them upside down to cure until the kernels come off easily. There is a particular moisture content you’re seeking for best popping results. (Here’s a good article with more information on that: http://www.oregonlive.com/hg/index.ssf/2014/04/popcorn_perfection.html)

There were a couple of ears that had a little bit of fuzzy mold growing on the kernels. I think exposing them as they cure is a good idea to prevent this from happening in the future. 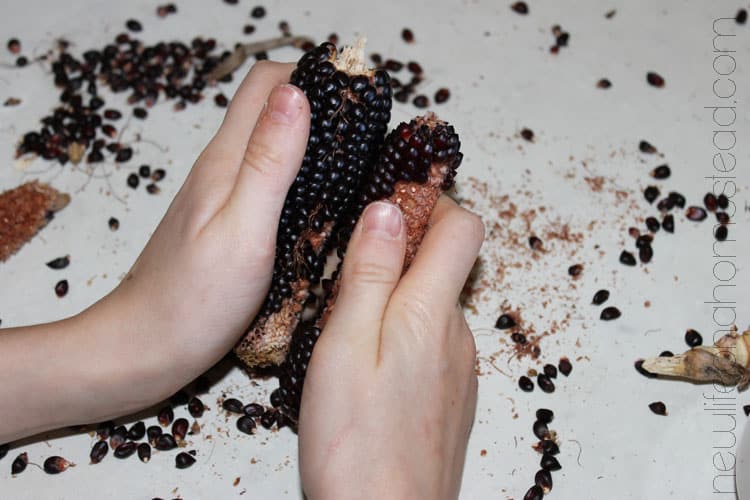 The kids have been begging to try our popcorn, so we sat down the other day and set to the task of shelling the corn. Boy did our hands take a beating! Those little pointed kernels are sharp.  It wasn’t until we were almost through the batch when we figured out that rubbing two ears together works amazingly well at removing the tough kernels, and made quick work of what remained.

We made such a mess, but the kids and I had a lot of fun. Next time we’ll shell into a paper bag or something to avoid crawling on the floor hunting down the little black beads that shot all over the kitchen. 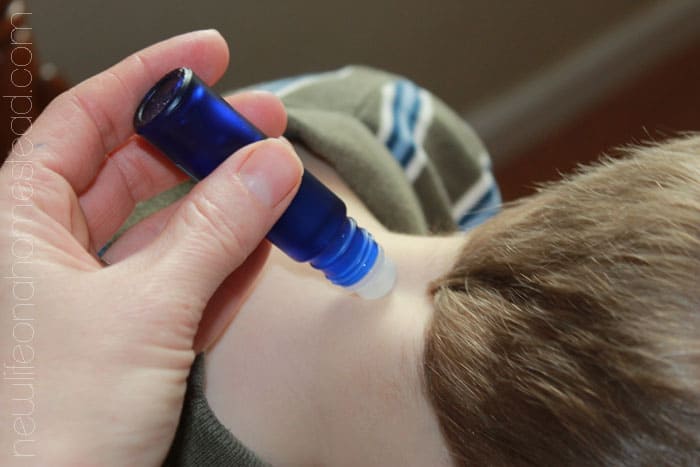 My son was over 3 yrs old but still using one-word sentences. After one week of consistently applying this speech delay oil blend to the back of his neck, he said his first complete sentence!! We were in shock!

Could there actually be benefits to running a vegetarian homestead? This couple believes there are many. Maybe even for non-vegetarians.